A trio of aging martial artists reunite in this fresh, if uneven, debut by the director Tran Quoc Bao. 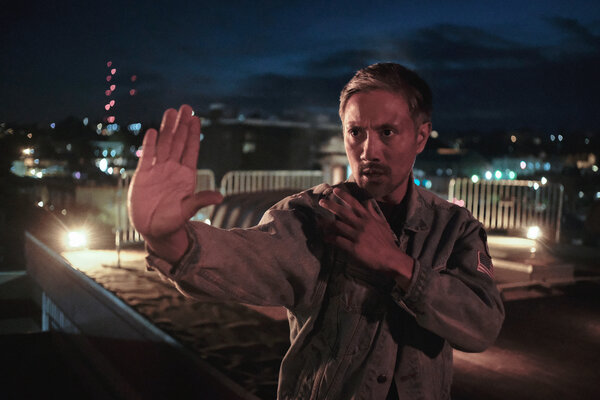 Midway through “The Paper Tigers,” there’s a brawl in an empty pool: on the left, a trio of arrogant youngsters with serious moves; on the right, three middle-aged men who tout their seniority. The Tigers were once Seattle’s greatest kung fu fighters. Key word: “Once.”

Danny (Alain Uy), a divorced dad, gets the wind knocked out him; Hing (Ron Yuan) hobbles around on a bad knee; Jim (Mykel Shannon Jenkins) runs a boxing studio but doesn’t remember what to do with his hands. Somehow, the Tigers emerge victorious. But their methods are, uh, not flattering.

Funded by a Kickstarter campaign, this charming debut from the writer and director Tran Quoc Bao reworks the kung fu comedy through the lens of his experience growing up as a Bruce Lee-loving Asian-American on the West Coast.

In the opening, home video-style footage depicts our heroes as sprightly teenagers training under their beloved Sifu Cheung (Roger Yuan). Twenty-five years later, the estranged grumps reunite to avenge their master’s death. Unfortunately, the distended, sometimes clichéd plot detracts from the snappiness of the comedy, which otherwise brims with snort-inducing one-liners. Particularly funny is a Chinese-speaking white guy (Matthew Page), who fancies himself more Asian than the actual Asians.

Bao’s lighthearted, refreshing approach neither succumbs to whitewashing nor the model-minority myth. The film sticks to the action-comedy basics, which is just fine.

The Paper Tigers
Rated PG-13 for some strong language, offensive slurs and violence. Running time: 1 hour 48 minutes. In theaters and available to rent or buy on Apple TV, FandangoNow and other streaming platforms and pay TV operators. Please consult the guidelines outlined by the Centers for Disease Control and Prevention before watching movies inside theaters.