The Batman: The Bat and The Cat trailer reveals complex Bruce and Selina bond

A new trailer for The Batman has dropped after October’s release at DC FanDome, and this time we delve further into the complex relationship between Selina Kyle’s Catwoman (Zoë Kravitz) and Robert Pattinson’s caped crusader.

Aptly titled ‘The Bat and The Cat’, the latest look at DC’s upcoming movie opens with mayoral candidate Bella Reál (Jayme Lawson) accusing Pattison as Bruce Wayne of ‘not doing anything’ for Gotham as far as philanthropy goes, while intercut scenes see him busy on his night job as Batman.

We also get a bit more of a peek at Paul Dano as Edward Nashton/The Riddler, as he tries to capture Bruce’s attention through mail, a crime scene and a video call.

A scene in Kyle’s apartment – where the duo is surrounded by cats – sees the vigilante looking to team up with Batman, saying: ‘If we don’t stand up, no one will.’

Their relationship seems rather complicated though as they’re shown trading blows in an intricate fight sequence why Kyle muses in the voice over: ‘The Bat and the Cat – it’s got a nice ring.’

The superhero way to flirt, perhaps? 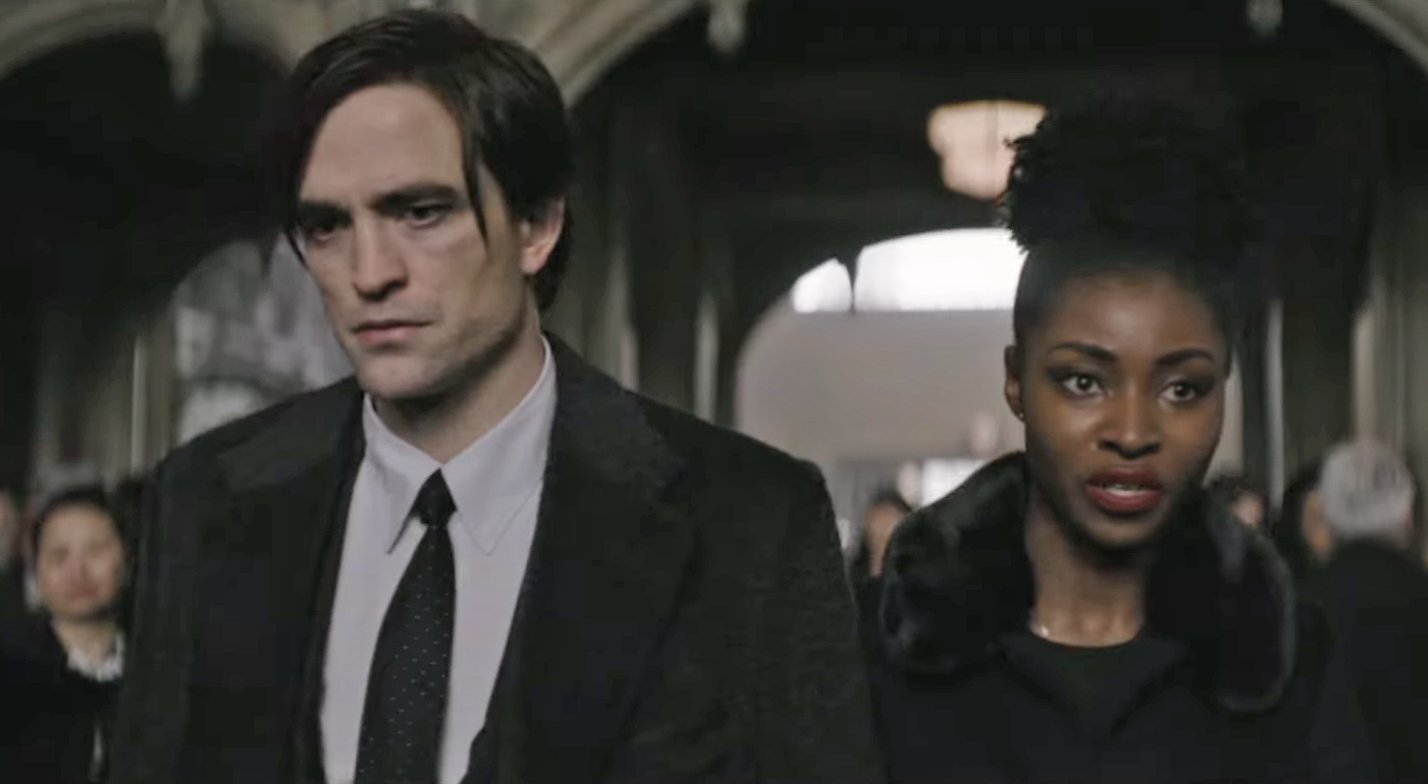 Loyal Alfred (Andy Serkis) also asks after Kyle as ‘a new friend’ of Bruce’s, to which he replies: ‘I’m not so sure.’

As Kyle ponders ‘Who are you under there? What are you hiding?’, Bruce as Batman warns her ‘don’t throw your life away’.

The trailer then drops a sassy comeback as Kyle states: ‘Don’t worry, honey. I got nine of ‘em’ as she leaps off the top of a towering skyscraper.

The pair are then seen teaming up in a punchy fight scene, outnumbered by masked and armed opponents as Kyle coaxes: ‘Come on, Vengeance. Let’s get into some trouble.’

Kravitz, 32, has previously teased Tenet star Pattinson’s ‘transformation’ in the role of Batman as ‘out of this world’.

Speaking to Variety, she said: ‘Rob is perfect for this role. He was incredible. His transformation was out of this world.’

Obviously, the star can’t say much ahead of the film’s release next year, but she added: ‘[Director] Matt Reeves has a lot of heart, and he cares so much for these characters. I’m just very excited for him to be able to go on vacation because he deserves it. I hope the fans love it because we put a lot of work into this.’

Also starring in The Batman are Jeffrey Wright as James Gordon, John Turturro as Carmine Falcone, Peter Sarsgaard as Gotham D.A. Gil Colson and Colin Farrell as Oswald Cobblepot, a.k.a The Penguin.