The documentary finds politics and music inextricably linked, with culture flowing from the church to the street to the concert stage 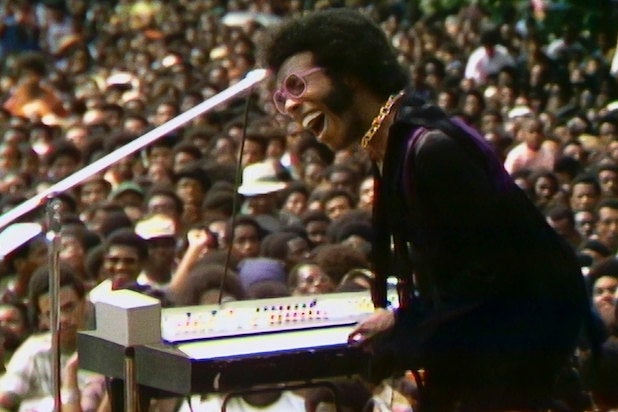 Is Questlove’s “Summer of Soul” a concert film with sequences that put the music in the context of race relations in the late ’60s, or is it an examination of a crucial time in American history that has one hell of a soundtrack?

It’s both, and it’s neither. The feature directorial debut of Ahmir Thompson, who goes by the name of Questlove in his position as leader of the band the Roots, is a documentary in which politics and music are inextricably linked, in which culture flows from the church to the street to the concert stage.

You can come for the music and stay for the politics, or vice versa; either way, it’s a vibrant document of an inspiring event that never loses sight of what that event meant for a community, a city and a culture.

The film was one of the opening-night presentations at the virtual Sundance Film Festival in January, occupying the same position as previous music-focused docs like “Twenty Feet From Stardom,” “Searching for Sugar Man,” “What Happened, Miss Simone?” and last year’s “Miss Americana.” No doubt it left some viewers wishing that it had been the Eccles Theatre moving to the sounds of Stevie Wonder and B.B. King rather than living rooms or mobile screens.

While a virtual festival meant that “Summer of Soul” didn’t get the kind of showcase it might deserve, that’s oddly appropriate — because the summer of ’69 footage that forms the bulk of this documentary didn’t get its due, either.

“Nobody ever heard of the Harlem Cultural Festival,” says one festival attendee early in this film. “Nobody would believe it.”

In fact, the festival was six consecutive weekends of music that drew some 300,000 people to a Harlem park in the same summer that Woodstock got the hippies to flock to upstate New York. Where Woodstock received the feature-film treatment, the footage from the Harlem Cultural Festival — which was professionally shot using multiple cameras — sat on a shelf for 50 years, unaired until it was pulled out for this movie. (Hence the film’s full subtitle: “Summer of Soul ( … Or, When the Revolution Could Not Be Televised.”)

At first, the film seems to be mostly about the event: It talks to people who were there, introduces promoter and emcee Tony Lawrence, shows the Harlem crowd (who knew that big sombreros were a Black fashion statement in 1969?) and hits the ground running with concert footage from Stevie Wonder and the Chambers Brothers. But before the latter group can get all the way through “Uptown,” the volume on that song drops long enough for Questlove to sketch the context in which the festival took place, which was one of a string of assassinations that included Malcolm X and Martin Luther King, Jr. and barely-contained rage in inner cities.

“The goal of the festival may very well have been to keep Black folks from burning up the city in 1969,” says interview subject Darryl Lewis, who attended the festival as a child.

From there, the film begins to interweave music and context: A sequence on the 5th Dimension, for instance, gets into how the Black vocal group was criticized for having a white sound on records like their cover of the “Hair” songs “Aquarius” and “Let the Sunshine In,” while a lengthy and thrilling section devoted to gospel music delves into the ties between gospel and the blues and ends with Mahalia Jackson and Mavis Staples’ powerful rendition of Martin Luther King’s favorite hymn, “Precious Lord, Take My Hand,” performed only about 15 months after his assassination.

Like the performers whom we see in priceless moments as they watch themselves in the long-lost footage, it’s possible to lose yourself in the music in “Summer of Soul.” You can glory in former Temptations singer David Ruffin’s version of “My Girl,” or marvel as just how cool Gladys Knight’s Pips were (damn, those guys looked good, danced good and sounded good!) or be shocked by how free-jazz guitarist Sonny Sharrock treated a weekend festival audience to violent, aggressive music. But it’s not possible to completely lose yourself in the music, because the film keeps balancing performance and context: You won’t hear Sharrock without understanding that he’s channeling a society’s anger into that music.

And given that approach to the material, there really was no other way to end the film than with Nina Simone. Everything leads to her — to the bottomless sorrow that informed her blues, to the rage that could always be sensed even when it wasn’t breaking through to the surface, and to her unsurpassed artistry as an essential voice of her time.

Simone gets three songs — “Backlash Blues,” “To Be Young, Gifted and Black” and “Are You Ready?” — and by this point, “Summer of Soul” is not alternating between music and politics: They are one and the same, which in a way is the whole point of the film. Of course, another of its points is that the Harlem Cultural Festival had a good beat and you could dance to it, because Sly Stone then brings us home with “I Want to Take You Higher,” a title that promises exactly what it delivers.

“We hold these truths to be self-evident, that Black history is going to be erased,” says Hal Tulchin, the director whose footage sat in his basement for decades until it was used in this film.

Questlove and Sundance can’t rescue all of Black history from erasure, but they’ve saved a magical piece of it in “Summer of Soul.”