‘Still Life in Lodz’ Review: A Painting Becomes a Window 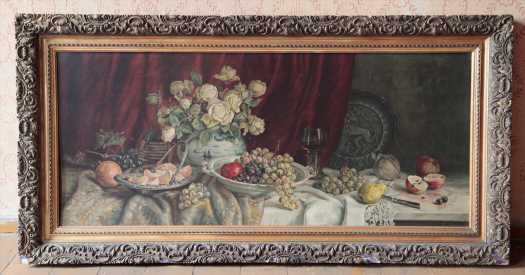 The loosely observed conceit of “Still Life in Lodz” is that certain objects bear passive witness to history. In this documentary, directed by Slawomir Grunberg, Lilka Elbaum, a historical researcher born in Lodz, Poland, starts with a painting from the apartment in Lodz where she grew up. The painting had hung on a wall there since 1893, she says. It was the first thing she saw in the morning, and its absence left a “gaping wound” on the wall when her family left Poland in 1968, emigrating to North America to escape anti-Semitism.

Grunberg and Elbaum interweave stories of departures from different periods. Elbaum meets with Roni Ben Ari, an Israeli-born photographer whose family lived in Elbaum’s building decades earlier until leaving Poland in 1926. Paul Celler, a real-estate developer raised in New Jersey, tours Lodz with Elbaum looking for traces there from the life of his mother, who spent two years in the Lodz ghetto and was then taken to Auschwitz. Elbaum also tells the story of Pola Erlich, a dentist who lived in Elbaum’s eventual apartment before World War II. She was sent to the Lodz ghetto and the Chelmno death camp.

Because Erlich lived in the apartment that later became Elbaum’s, her story fits the central through line — that an inanimate painting could open a window on successive tragedies. But much of the material feels arbitrarily chosen — and sometimes just arbitrary. (Elbaum visits a contemporary Polish flea market seeking information on the painting’s creator, who was Russian. Is that a logical place to look?) The individual stories are powerful, as are the visual comparisons between present-day and historical locations. A few animated sequences effectively evoke the evanescence of memory.