There are countless effects in Star Wars films that have captivated fans for several decades. From the unforgettable lightsaber buzz to the misleading appearance of the AT-AT Walker, George Lucas’ creative team never failed to impress viewers.

Yet, although every effect in Star Wars movies is impressive, the sound effects take the cake. Many of them are crafted from unconventional and suprising sources, and the TIE Fighter is a perfect example of this. Apparently, the Imperial spaceship’s sound was created by blending distorted elephant recordings and the sound of cars splashing through puddles of water. 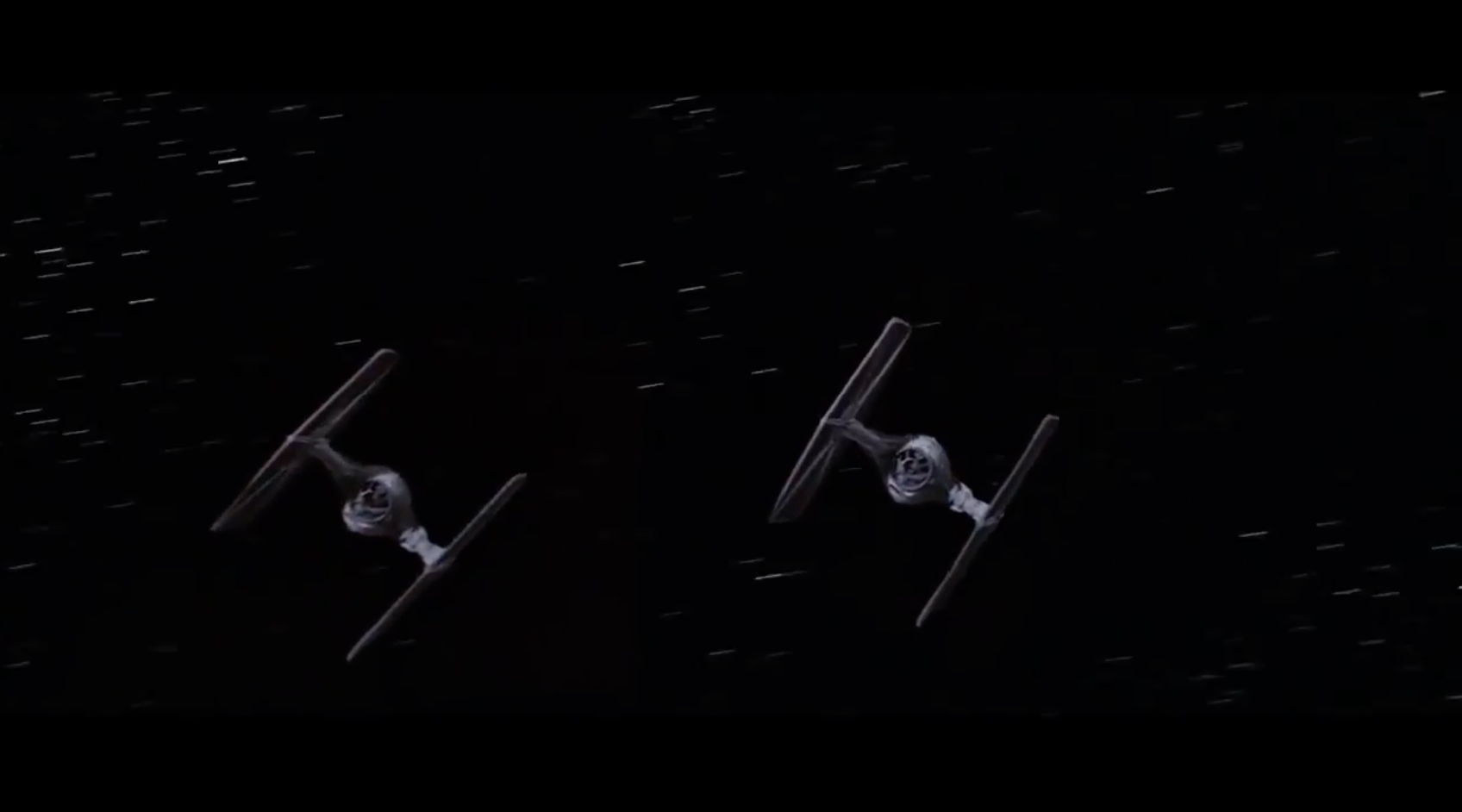 Without special effects, many of the dazzling visual displays visible in Star Wars films would not be possible. Most of the iconic battle scenes and beautiful backdrops were carefully crafted my exploiting lighting and camera tricks. In fact, the majority of the animals, aliens, and props seen on screen were merely plastic figurines shot at clever angles.

For example, the infamous 74-foot AT-AT Walker in The Empire Strikes Back is actually small enough to be held in someone’s hand. According to the Star Wars Youtube page, the handheld figurines only appear to move thanks to stop-motion editing.

“The models came in several sizes to match the scale of different live-action shots… It took 9 months to design and build these models… each articulated part of the model must be moved no more than a fraction of an inch between each single frame exposure in stop-motion sequences.”

During the early days of the Star Wars franchise, resources were limited. The team had to be very resourceful to finish the film and relied on things around them for inspiration. Legendary sound designer, Ben Burtt, even admitted the lightsaber’s sound came from a film projector and a home TV set.

“Immediately something went off in my mind and I had a feeling for what they would sound like,” Burtt said in another Youtube video. “In the booth where we projected the films, those projectors made a hum… the motors would sit there with this magical, mysterious humming sound… I thought ‘that’s probably what a lightsaber would sound like.’”

Shocking as it may seem, TIE Fighters do not naturally make their whirring, mechanical sound. Burtt initially drew inspiration for their sound from elephant noises in the adventure film Roots of Heaven, according to Popular Mechanics. He sampled their sounds and then slowed them down, but realized he needed to add another effect to the mix.

“Swoosh, the car would come by, and you heard this car plowing through the water,” Burt explains. “I took that sound still thinking that I was making a laser of some kind.”

Once Burtt combined the elephant sounds with the car, the rest of his production team went crazy.

“I’d really put it in because I had no other alternative,” Burtt claims. “But it got great reviews, so naturally it became the sound of the TIE Fighters.”
One can only wonder where all of the other Star Wars sound effects originated.