The Star Wars franchise has managed to remain relevant for over 40 years thanks to the originality of its story, its iconic characters, and its deeply-relatable themes. After its parent company, Lucasfilm was purchased by Disney in 2012, Star Wars had an entirely new trilogy and anthology series released to the world, creating a new generation of fans.

One of the most memorable films from the anthology series was Rogue One: A Star Wars Story, set just before the events of Episode IV — A New Hope. A financial and critical success, the movie helped continue Star Wars reign as one of the leading film franchises in the world. However, despite the success of the movie, its director Gareth Edwards says he had a huge issue with shooting Darth Vader’s iconic final scene aboard the rebel ship. 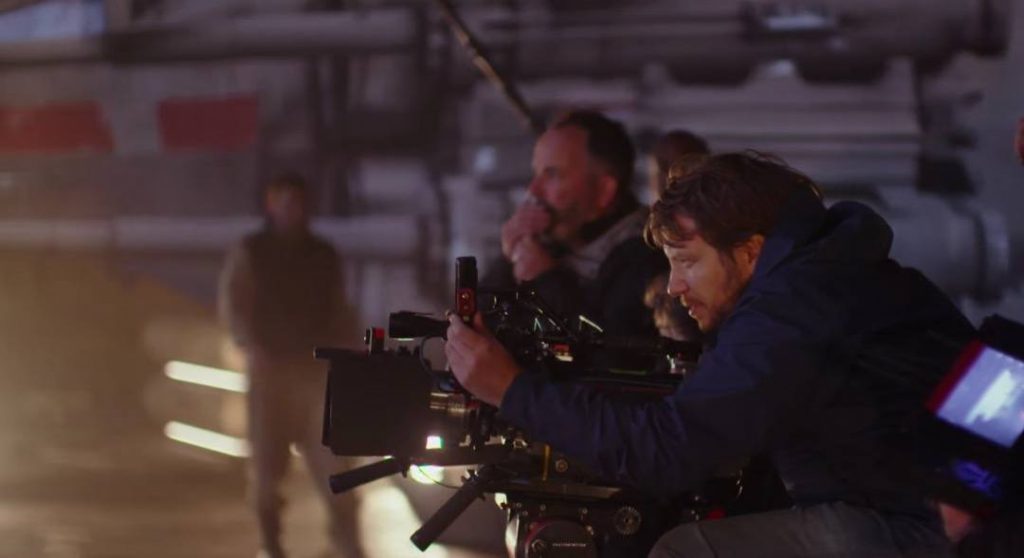 The original Star Wars trilogy is by far the most popular among diehard fans. Praised for its writing, direction, character development, and story, the original trilogy remains highly influential in the world of storytelling. Yet, although the first three Star Wars films were extremely successful, there are a number of questions that they did not answer.

Because of Star Wars’ unique narrative development, viewers were given the episodes four through six before seeing one through three. Since viewers were being brought into the latter half of the story, they had to infer many details about the war and how things had come to be.

Viewers had no idea what really happened before the events depicted in A New Hope, most notably how the rebels had managed to steal the plans to the Death Star or how Princess Leia obtained them. Rogue One saught to address those questions, chronicling the events that occurred just days before the moments of a New Hope.

‘Rogue One’ was unique from the original ‘Star Wars’ films

Rogue One was vastly different from its predecessors, in regards to its tone and filming style. Producers had decided to rid the opening crawl and screen wipes fans had grown accustomed to seeing in the original films, and there’s a noticeable difference in the movie’s tone.

The Rogue One also has a female lead, which was unique for the Star Wars franchise. Although 2015’s The Force Awakens also had cast a female lead, it was still something viewers were not used to seeing.

Although Darth Vader blesses fans with one of the most iconic scenes from the movie, Rogue One director Gareth Edwards revealed during an interview with WIRED that the scene was very hard to shoot. He had difficulty with lighting the shot, specifically finding a way to illuminate Vader’s intimidating silhouette.

“The DOP actually had Vader hold a real light saber, so…when you’d turn it on it would actually light up,” he said. “The problem was, when you would turn it on you can’t see Vader, you just see the light saber.”

Luckily, Edwards and his DOP were able to get creative and figure out a clever lighting trick to solve the problem.

“We put a light behind Vader and smoked up the background, so that as the light saber turns on, the background illuminates and you see the silhouette, because it feels like the most iconic thing about Vader is that silhouette.”

The resulting effect was undeniably effective. Viewers are left in awe as Vader menacingly stands at the end of the corridor, his deep mechanical breathing the only sound as his light saber casts ominous red light  across the room.

Queen Elizabeth: Harry and Meghan Are Too Crazy to Be Royals!

Does Beyoncé Have a Clone? No, But Here's Why Some Fans Think So
TV News