Oscar Isaac – aka Poe Dameron – has teased a few details about filming for Star Wars: Episode IX, revealing that the actors have been improvising dialogue.

Of course, they’re not improvising everything, but the actor did admit that the next instalment has a much “looser” feel to the previous two Episode movies.

“The way they’ve been shooting it right now is looser than it’s been for the last two times,” he told IndieWire. “It does feel like a relief to get on set and feel like, ‘Oh, we can try things.’ 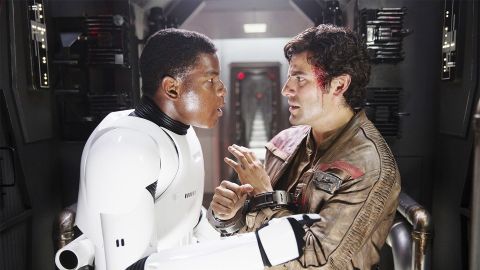 “It’s a testament to JJ [Abrams] coming back and feeling confident. There’s less pressure for it to be right. We just want to make a good movie and have a really good time while doing it.”

He compared it to the work of director John Cassavetes, who was well known for using improvisation, adding: “Often, you do feel like you’ve got to find your way to make something more alive, but this time, it’s been the opposite. There’s no need to smuggle anything in there.”

Well, if it stops lines like “I don’t like sand” from happening again, then we’re all for it. 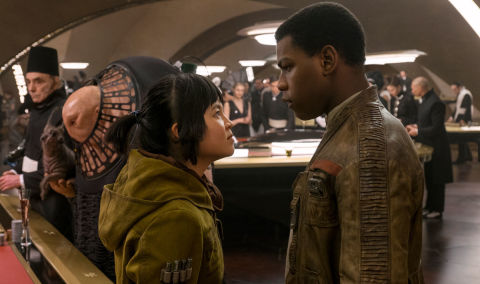 A few months ago, Isaac also revealed the state of the Resistance at the beginning of Episode IX following their near-elimination at the end of The Last Jedi.

He compared them to “guerrilla fighters, adhering closer to something like the Revolutionary War fighters or even the guerrillas in Cuba with Che [Guevara] and Fidel [Castro] and all these guys living in the mountains, coming down to do some attacks, and going back and trying to hide from the ’empire’ of the United States”.

“It’s that kind of ragged at this point,” he added. “You hear about stories with [George] Washington as a general, where lots of people died based on their orders, but that is part of leadership and that push-and-pull in the fight for figuring out what’s the way to move forward.”