Many Star Wars fans have been theorizing that Mace Windu, the Jedi played by Samuel L. Jackson, could somehow return to the franchise. Some are skeptical of this because it seemed relatively obvious that the character is dead. One of those skeptics is Ewan McGregor who says that he does not believe there is any way Jackson’s character could be alive in the Star Wars universe. 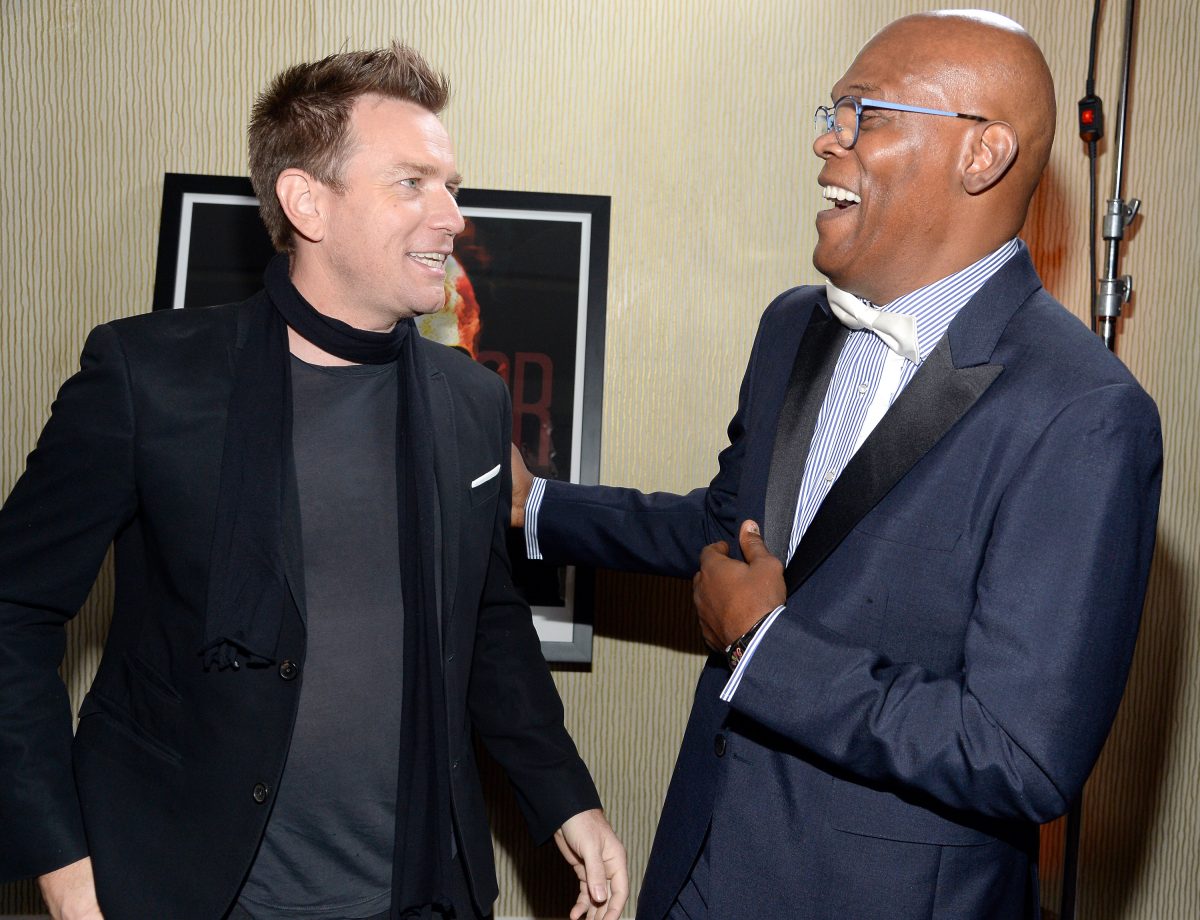 In Episode III — Revenge of the Sith, Mace Windu is presumably killed after Anakin Skywalker (Hayden Christensen) cuts off his hand and Palpatine (Ian McDiarmid) electrocutes him out the window. While many Star Wars characters have survived getting a hand cut off, it’s highly unlikely that Windu survived the fall.

Still, Jackson has said that he wants to reprise the role of Windu in some way. In an interview on the Happy Sad Confused podcast, Jackson said that he talked with The Mandalorian director Bryce Dallas Howard about possibly making a comeback.

​​“The only person I’ve ever said that to about coming back was Bryce Dallas Howard,” he said, “I just did a movie with her, and she directs episodes of The Mandalorian. So, I go, ‘So, you think you might be able to hook a brother up? I mean, you like me, right?’ And she’s like ‘I love you, you’re amazing.’ So put me back in, I’m ready. Put me in, coach. I’ll learn lightsaber left-handed.”

There is debate amongst Star Wars fans about whether Windu is still alive. However, McGregor is on the side of Jackson’s character being dead. McGregor plays Obi-Wan Kenobi in the prequel trilogy, co-starring with Jackson as a member of the Jedi council.

In an interview with Screen Rant, McGregor was asked if he believed that Windu somehow survived his fight with Palpatine. While he does admit that “anything is possible,” the Scottish actor’s answer was pretty definitive.

“Anything is possible, I suppose,” McGregor said. “It’s not for me to say, really. I can be cheating someone out of a sequel. No, I don’t think so. I think he went out that window, and it was a long way up.”

Star Wars characters who were thought to be dead returning isn’t anything new in the franchise. For example, Emperor Palpatine returned in Episode IX — The Rise of Skywalker, despite being thrown off the Death Star by Darth Vader in Episode XI — Return of the Jedi. Still, the chances are slim that Mace Windu survived that fall.

Jackson could return to Star Wars in a project that takes place in an era where Mace Windu is still alive, just like McGregor is doing. In Obi-Wan Kenobi on Disney+, McGregor reprises his role as Obi-Wan and it follows the Jedi as he remains in exile after the events of Order 66. However, he is now being hunted by Darth Vader and a group of Jedi hunters known as inquistors.