Spider-Man: Far from Home has wrapped filming, as confirmed by star Tom Holland.

Alongside a photo of Spidey and Zendaya’s MJ, Holland shared on Instagram earlier today (October 17): “THATS A WRAP #farfromhome.”

It comes after fans got a first look at Spidey’s latest suit in new on-set video and photos, featuring Tom and Zendaya filming in New York.

Gyllenhaal has been rumoured to be playing Mysterio for some time now, with reports first emerging over the summer that he was in talks to join the Marvel movie as the baddie.

Although we don’t know much about the Far from Home plot, we do know that the film will be heavily influenced by Avengers 4.

Spider-Man: Far from Home will begin only minutes after the conclusion of the Avengers: Infinity War sequel (with only two months between the two movies’ releases), which will also bring the MCU’s Phase Three to a close.

Spider-Man is being positioned at the forefront of the MCU coming out of whatever climactic event that involves. 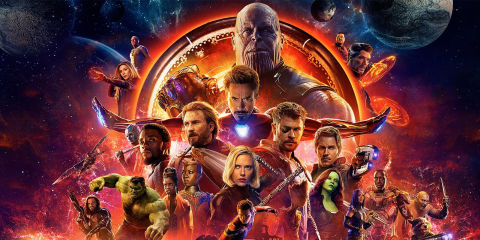 Marvel Studios president Kevin Feige has hinted that it will bring the stories of some of Marvel’s biggest heroes to a close, and Holland will be there to “hold your hand and lead you into the next incarnation of the MCU”.

Spider-Man: Far from Home will be released in cinemas on July 5, 2019.