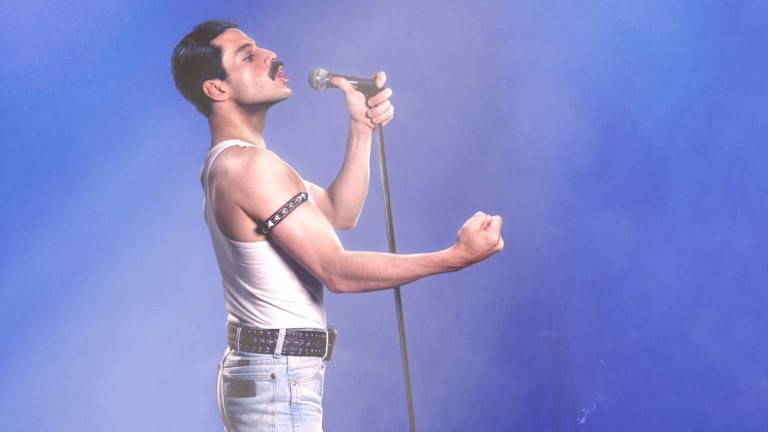 The film works as an exuberant re-creation of Queen's heyday and a sympathetic portrait of Freddie Mercury himself. I suspect that Rami Malek scored the lead role partly because his jaw could accommodate the oversize set of dentures recruited to duplicate Freddie's famous overbite but his entertainingly mannered and athletic performance is right on the mark, possessing poignancy as well as the necessary pizzazz. Admittedly, it's formulaic in shape but movie musicals are. SH

Set between the 1990s and the early 2000s, the film is a male weepie, focused on the rocky relationship between father and son. David (Steve Carell) can do little more than watch in horror as his beloved Nic (Timothee Chalamet) descends into serious drug use. In some respects the sentimentality of Beautiful Boy can be viewed as a strength. David is not the usual kind of father, any more than Nic is the usual kind of son. JW

Nick Cutler (Alan Dukes) is a failed English teacher and aspiring novelist. He's boorish and convinced he's the smartest person in any room. His bete noire is his brightest student, who's also writing a novel. As you may gather, Australian writer-director Heath Davis has stacked the odds against Nick. While Nick's exploits precipitate one or two pratfalls, his indestructable smugness means they produce few laughs. SH

A STAR IS BORN

When Lady Gaga's Ally and Bradley Cooper's Jackson Maine first meet, he's a famous musician and she's a hotel waitress singing at a drag bar. They spend the night talking and she confides in him about the reasons for her stalled career. Gaga's performance is disarmingly unaffected. She's excited but wary, amused but disbelieving even when he's asking her to share the stage with him. Cooper manages to invest Maine with a sweet-natured awareness of his own flaws. SH

BAD TIMES AT THE EL ROYALE

A group of strangers gather at a glitzy yet seedy motel, including an ageing priest (Jeff Bridges), a vacuum-cleaner salesman (Jon Hamm) and a hippie (Dakota Johnson), on the usual dark and stormy night. Many of director Drew Goddard's tactics for keeping us engaged are borrowed from Quentin Tarantino, but he doesn't have Tarantino's swagger as a screenwriter, nor his knack for casting actors who fascinate. JW

First Man isn't quite a film about who Neil Armstrong was. It's more about what it felt like to be him. It's a wild ride in that sense, because director Damien Chazelle puts us in the pilot's seat of Apollo 11 and shoots us to the moon. Everything is intimate, including the depiction of Armstrong (Ryan Gosling) and his wife Janet (Claire Foy). Gosling does emotionless very well, although he's charismatic enough to carry the film as something other than a boy's own adventure with moments of terror. PB