The 33-year-old is set to receive just over $20 million for Marvel's latest project – the same amount that Chris Hemsworth and Chris Evans earned up-front for Thor: Ragnarok and Captain America: Civil War respectively, leading some people to claim Johansson has achieved pay parity.

The American actress' earnings could wind up being even larger if the Black Widow film does well at the box office, according to The Hollywood Reporter.

However, it's not known exactly how much Johansson was paid for her work in the recent Avengers: Infinity War film. Hollywood trade publications are suggesting Hemsworth and Evans were both paid around $20 million for their parts in the multi-hero blockbuster – the same amount Johansson is rumoured to be getting for her standalone project.

If Johansson was paid less than $20 million for Infinity War, then her upcoming pay cheque would simply represent her salary finally catching up with those of other Marvel stars.

Something that is certain, though, is that the Black Widow is raking it in. Earlier this year, Johansson was named the world's highest-paid film actress, pocketing a massive $57 million in the 2017/2018 financial year, according to Forbes. 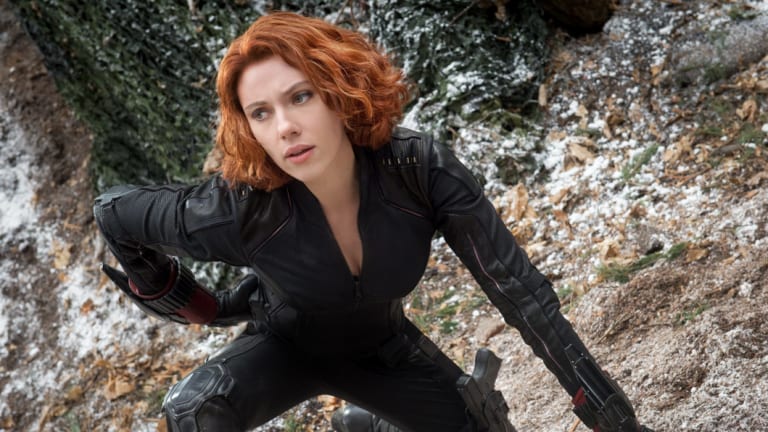 Scarlett Johansson as the Black Widow in the Avengers: Age of Ultron.Credit:Jay Maidment

It was revealed last year that even Wonder Woman isn't immune to the gender pay gap: Israeli actress Gal Gadot initially earned around $400,000 for playing the sword-wielding Amazonian, despite the standalone film snapping up more than $300 million in its opening weekend alone (a record for a female-directed movie).

In comparison, Robert Downey Jr. was paid around $700,000 for the first Iron Man film. Chadwick Boseman nabbed a reported $2.8 million for Black Panther and, so far, only Chris Hemsworth appears to have earned less than Gal Gadot for a standalone debut – around $300,000 upfront for his work on the initial Thor movie).

"Marvel Studios disputes the accuracy of these numbers," the spokesperson said. "As a matter of policy, we never publicly disclose salaries or deal terms."

The news comes days after it was revealed Johansson dropped $6 million on a secluded property in upstate New York. The house, which sits on around 0.8 acres of land and has views of the Hudson River, was built in 1953 and has four bedrooms and four bathrooms over two stories.

With the house located in Snedens Landing, Johansson will be in good company – the suburb is renowned for attracting high-profile celebrities who want a regional hideaway close to Manhattan. Previous residents include Angelina Jolie, Al Pacino and Icelandic singer Bjork.