The final few Harry Potter movies could have looked very different, as Rupert Grint has revealed that he seriously considered quitting the franchise midway through.

But the actor admitted that he struggled to deal with the fame and thought about stepping down from the role after the fourth movie, Harry Potter and the Goblet of Fire. 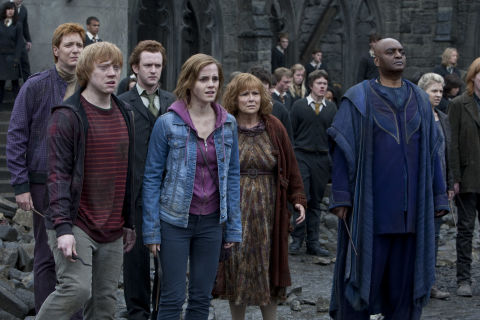 “I had just finished my GCSEs,” he told the Independent. “I thought, ‘Do I actually want to keep doing this? It’s a bit of a drag’.

“Because obviously, it’s a big sacrifice. You take for granted anonymity, just doing normal stuff, just going out. Everything was different and a little bit scary. There were times when I was like, ‘I’m done’.”

Grint stuck with the movies, though, and the rest is history.

Last year, the star revealed that he isn’t able to enjoy the films due to the fact that he’s in them.

“I think being in things ruins them for me,” he said. “I can’t enjoy Harry Potter any more, not as a fan – it’s just not the same!”

The Harry Potter films may be over, but the second film in spin-off series Fantastic Beasts is gearing up for release.

The Crimes of Grindelwald, however, has been at the centre of a few controversies, including Johnny Depp’s casting and having Nagini be an East Asian woman (played by Claudia Kim).