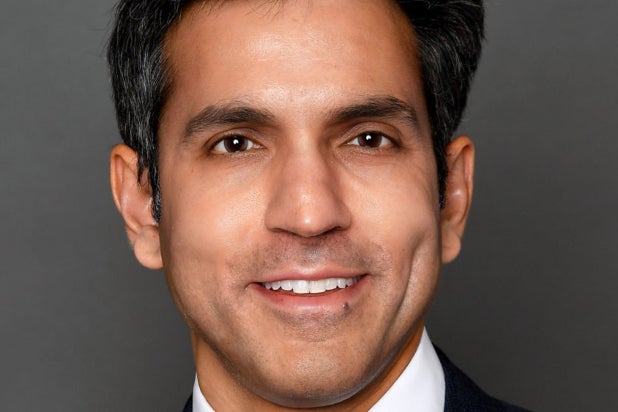 Ahuja’s full title will be chairman of Global Television Studios and Sony Pictures Entertainment Corporate Development. He will be in charge of the studio’s domestic and international TV productions, as well as its game show franchises like “Wheel of Fortune” and its India business. He will also oversee SPE’s Corporate Development and M&A activities.

Ahuja, who most recently served as president of Walt Disney Television, will start on March 15, 2021 and report to SPE chairman and CEO Tony Vinciquerra.

“Ravi is an extraordinarily talented and proven executive with broad experience in nearly every aspect of our business,” Vinciquerra said. “Having worked directly with Ravi, I have seen first-hand his strategic, results-driven approach which has made him such a strong leader, and which I know will lead to further growth and success for SPE. His decision to come to SPE is a testament to the studio’s strength and ability to attract great talent.”

“It was an easy call to join the amazing Sony Pictures management team and to work again with Tony,” Ahuja said. “With more ways to get more TV, great content has never been more valuable. Sony Pictures Television is a tremendous studio, making some of the most acclaimed and watched shows in the world, like ‘The Good Doctor,’ ‘Cobra Kai,’ ‘The Boys’ and ‘The Crown’ – just to name a few. And Sony Pictures is very well-positioned for the future, aligned with outstanding creators and focused on the success of its network and streaming partners. I look forward to contributing to the company’s continued growth in this exciting time for our industry.”

Keith Le Goy, SPE’s president of Worldwide Distribution and Networks, will work alongside with Ahuja and still report to Vinciquerra.