Netflix Is 'Enthusiastic' and About Shorter Theatrical Windows 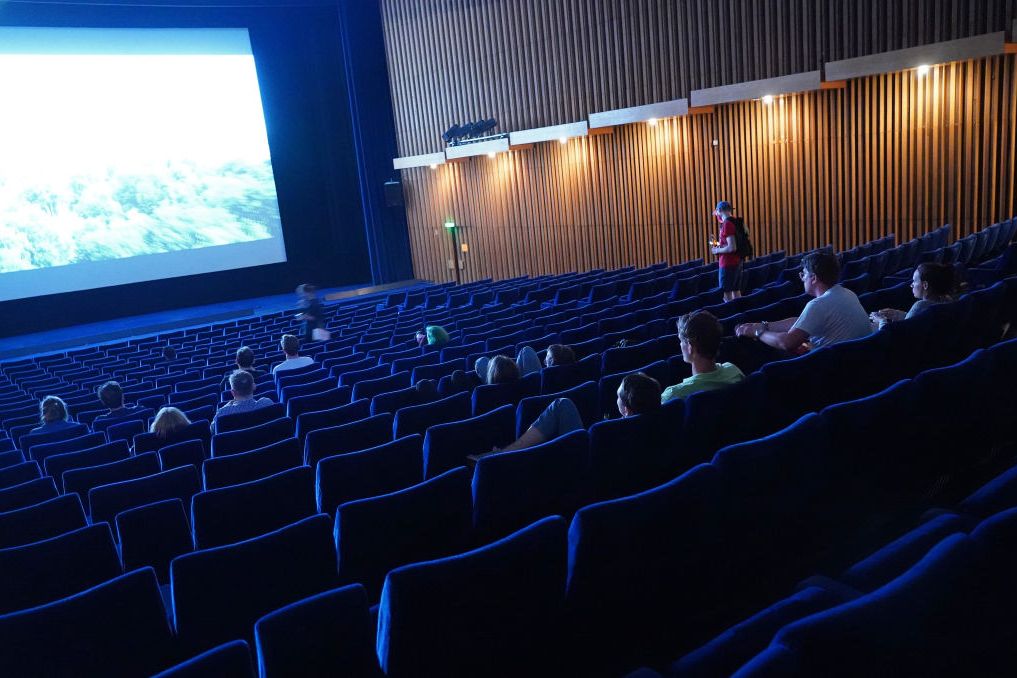 In what will be a shock to nobody, Netflix seems pretty jazzed up that the theatrical window appears to be permanently shrinking.

“We’re enthusiastic to see sort of a shift, and maybe enabling more and more of that for both us and for other entertainment options out there,” Netflix COO and chief product officer Greg Peters said Tuesday afternoon during the (virtual) 2021 Morgan Stanley’s Technology, Media and Telecommunications Conference. “I’m optimistic. And I’m mostly optimistic, because it’s what consumers want… It’s hard to buck that trend for too long. And I think that’s eventually where things go.”

Paramount became the latest studio last week to shorten the exclusive window that theaters get for new movies, which has typically been 90 days. That followed earlier moves by Warner Bros. and Universal last year.

Netflix has for years fought the exhibition industry over day-and-date releases (when a film is put out simultaneously in theaters and on streaming), which have largely kept the streaming juggernaut’s films out of most theater chains. Not that it’s held Netflix’s film business back — the streamer will have more than 70 films this year that feature stars like The Rock, Ryan Reynolds and Leonard DiCaprio.

It’s also why Oscar contenders like “The Irishman” get short, two-week runs in a scattering of theaters in New York and Los Angeles as a way to make them eligible for Academy Awards (that rule has been obviously relaxed for this year’s awards, as most theaters remained closed during the pandemic).

Peters argued that Netflix has never been against the theatrical experience, but that it really comes down to consumer choice.

“It’s great to be in a room with a bunch of people and watch incredible content presented in a high quality way,” Peters said. “But it’s a different experience, also, then being able to watch it at home, and for different people in different moments in time, each of those is relevant. And mostly the way we think about it is, it should be consumer choice, right? So, we’ve been supporting day-and-day release of movies on Netflix and in theaters for a long time.”

It seems that 90-day stranglehold that the theaters have held for so long is weakening.

Paramount Pictures movies will now have a theatrical window of 45 days, which will be shortened to 30 days for smaller films from the studio, before heading to ViacomCBS’ new SVOD (subscriber video on demand) platform Paramount+. The traditional theatrical window was 90 days, meaning this new approach either halves or cuts by two-thirds the industry’s former longstanding plan.

Warner Bros. films in 2021 will launch simultaneously in theaters (where allowed) and on streaming service HBO Max. But that plan is only set in stone for this year. New Universal films can stream as early as 17 days after they hit theaters, or 31 days if the film earns more than $50 million in its opening weekend, under a new pact with AMC and Cinemark theaters.

Disney has experimented with various release strategies of its new films amid the pandemic. It has remained committed to theatrical releases of tentpoles like Marvel’s “Black Widow,” but also experimented with simultaneous theatrical and streaming (Disney+) releases for films like “Mulan” and next month’s “Raya and the Last Dragon,” though those come at an extra price.