When she stepped up to the microphone, Freda Glynn had some questions for the crowd that had gathered to celebrate her achievements. 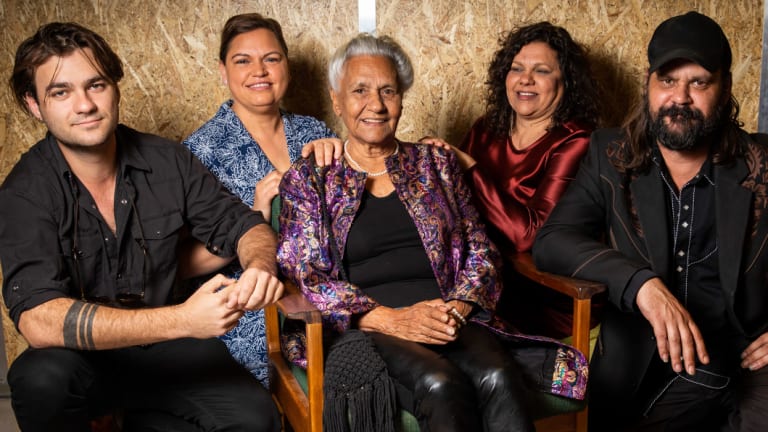 "We all are," yelled someone in the packed theatre to laughter.

While far from a household name outside Alice Springs, Glynn was honoured three times at the Adelaide Film Festival on the weekend – with a new book, a new documentary and winning the Don Dunstan Award for an outstanding contribution to the country's screen culture. It's an award that has been won previously by critics David Stratton and Margaret Pomeranz, Shine director Scott Hicks and actors Judy Davis and David Gulpilil.

A slight woman with a big personality, Glynn is the matriarch of three generations of filmmakers including son Warwick Thornton (Samson & Delilah, Sweet Country) and daughter Erica Glynn (In My Own Words, Redfern Now).

In the 1980s, she co-founded two organisations that helped launch Indigenous film and television in this country, the Central Australian Aboriginal Media Association (CAAMA) and Imparja Television.

Launched to distribute audio cassettes of Indigenous language news to remote communities, CAAMA became an incubator for Aboriginal talent with a radio station, a video production company, a recording label for Indigenous musicians then, through Imparja, a satellite television service that reached hundreds of communities.

Former arts bureaucrat Kim Williams calls her a "visionary" for her passionate advocacy for Indigenous broadcasting.

And the director of The Sapphires, Wayne Blair, describes "Nana Freda" as "a champion for blackfella filmmakers" who "sacrificed a great deal for what we now possess".

Glynn, who has retired to Cooktown in Far North Queensland, was uncomfortable with all the attention.

Erica Glynn, who made the documentary She Who Must Be Loved with niece Tanith Glynn-Maloney, said the family had long believed Freda's story – as a Kaytetye woman who was a single mother of five working full-time as a cleaner before chairing CAAMA – needed to be told.

"Blackfellas had to do it for themselves," she said. "Nobody was going to hand it over to Aboriginal people on their own to do. We had to fight for it."

Thornton, whose son Dylan River is a cinematographer and documentary maker, said his mother had a special talent for speaking the truth.

"From day one, my earliest memories are mum getting angry about stuff because of the injustices that were happening. She taught me to have a voice." 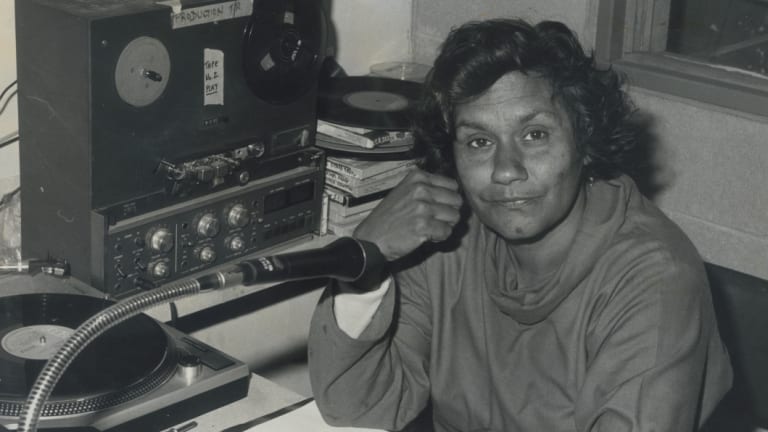 Surrounded by her family, Freda admitted she only reluctantly agreed to be the subject of the documentary.

"I wanted to help the kids," she said with a laugh. "It's very hard to get a job in this jolly industry."