‘My Name Is Bulger’ Review: A Boston Saga

The documentary tells the tale of two brothers who rose to the top of very different professions: a politician, William, and a mob boss, Whitey. 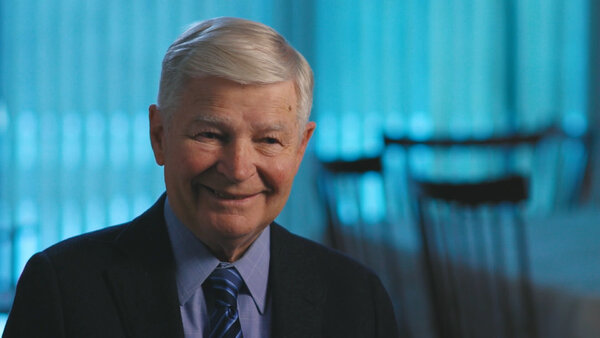 Few family sagas were as ready-made for Hollywood (“The Departed,” “Black Mass”) as the tale of the brothers Bulger: William, a titan of Massachusetts politics and university president, and Whitey, a crime boss and F.B.I. informant.

“My Name Is Bulger” seems to attempt to exonerate William of guilt by association, but, almost amusingly, the director, Brendan J. Byrne, can’t resist fleshing out Whitey’s world.

A sunny biography of William and his rise in the State Senate is punctuated by the downplaying of his involvement with Whitey by grown children and siblings from the bustling Bulger clan. William does hold the room in clips of breakfast roasts and news conferences, but my mind went blank after one chilling question-and-answer about shakedowns with an affable associate of Whitey’s, Kevin Weeks: “What were they giving you money for?” “For their life!”

You can feel the Bulger family’s frustration at how William’s career in public service could be overshadowed by the activities of his brother. But the “nothing to see here” focus gives the homey-feeling film the whiff of a sanctioned production. Interviews with Massachusetts political figures (Michael Dukakis, Bill Weld) and journalists broaden the perspective, though the standout might be Whitey’s former girlfriend Catherine Greig, who went into hiding with him in 1995. (Whitey was caught by federal authorities in 2011, and beaten to death in prison seven years later.)

Greig’s loving, tearful delivery suggest another thesis lurking beneath: the unknowability of certain relationships from the outside. That will remain true of William and Whitey Bulger — one living, one dead, but neither telling any tales.

My Name Is Bulger
Not rated. Running time: 1 hour 30 minutes. Watch on Discovery+.