Mission: Impossible's Rebecca Ferguson goes evil in fun first trailer for The Kid Who Would Be King

Mission: Impossible star Rebecca Ferguson goes full evil as Morgana in the fun first trailer for The Kid Who Would Be King.

Written and directed by Joe Cornish, the family adventure is a modern-day take on the King Arthur legend as schoolboy Alex (Louis Ashbourne Serkis) stumbles upon the mythical Sword in the Stone, Excalibur.

We’ve waited eight years for Cornish’s follow-up to Attack the Block and based on the first trailer, it looks like it will have been worth the wait.

The Kid Who Would Be King sees Alex have to unite his friends and enemies into a band of knights and – with the help of iconic wizard Merlin (played by none other than Patrick Stewart) – take on Morgana.

With the future at stake, Alex must become the great leader that he never dreamed he could be.

The Kid Who Would Be King also stars Dean Chaumoo, The Dark Tower‘s Tom Taylor, Rhianna Dorris and Angus Imrie. 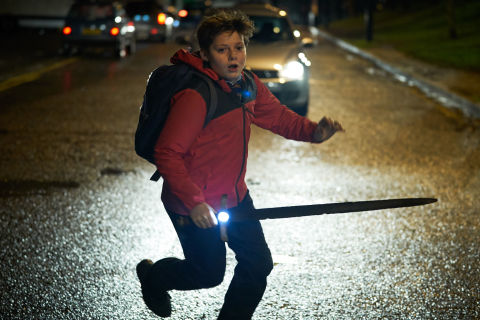 Back in 2016, John Boyega teased that he would be reteaming with his Attack the Block director on a new project, saying that the pair were “brainstorming”, so maybe that’ll be the next thing up for Cornish.