'Mission: Impossible 8' to No Longer Shoot Back to Back With 7th Film

The action films will no longer shoot back to back so star Tom Cruise can promote this summer’s “Top Gun: Maverick” 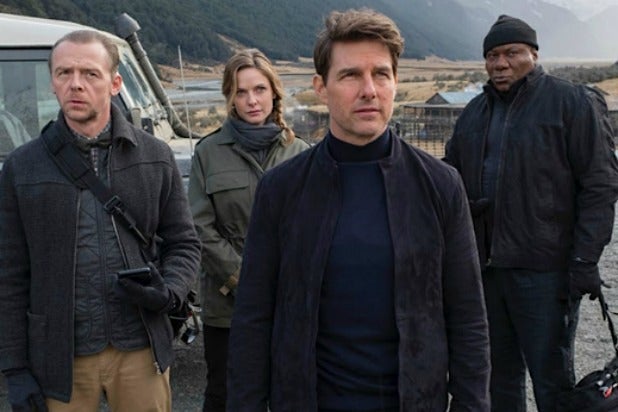 The action sequels starring Tom Cruise and both directed by Christopher McQuarrie were meant to film together, with the movies originally slated for the summers of 2021 and 2022. But production delays due to the pandemic have set up a conflict for Cruise, who needs to begin promotional work for the rollout of Paramount’s planned July 2 release of “Top Gun: Maverick.”

Production on the seventh “Mission: Impossible” film was supposed to commence last February but was postponed due to the pandemic.

“Mission: Impossible 7” picked up filming last fall in London, Italy and Norway, and McQuarrie posted on Instagram over the weekend that the film had wrapped a shoot in the Middle East and was now returning to London to complete the film with a few “finishing touches.” It’s worth noting that he tagged his recent post with both “#MI7” and #MI8.”

Last December, Cruise, who is a producer on the franchise in addition to its star, was famously caught on tape erupting at “Mission: Impossible 7” crew members in London to follow COVID safety protocols. He said that the work they’re doing is “the gold standard” that the rest of the industry is basing its safety protocols on and threatened to fire anyone breaking protocol again.