Michael Shannon to Star as Senator Joseph McCarthy in Drama 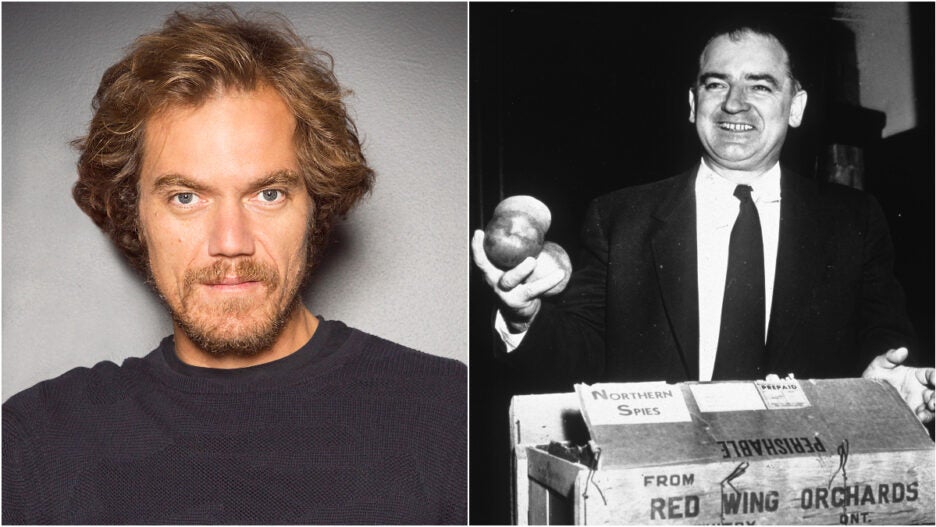 Michael Shannon will play the fiery and controversial Republican U.S. senator Joseph McCarthy in a feature film about his life called “McCarthy” that will be presented to buyers at the upcoming American Film Market.

Václav Marhoul, the director of “The Painted Bird,” will direct Shannon in “McCarthy,” and the film will also star Emilia Clarke, Dane DeHaan and Scoot McNairy.

The film will show the rise and fall of Joseph McCarthy and how he went from a lawyer and decorated former U.S. Marine to follow a path of demagoguery, showy trials and exploiting anti-Communist populism in what would come to be known as McCarthyism. Clarke will play Jean Kerr, McCarthy’s ambitious wife, DeHaan will play a young, ruthless lawyer Roy Cohn, and McNairy is portraying McCarthy’s trusted friend and colleague Ray Kiermas. 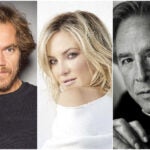 Tom O’Connor (“The Courier”) wrote the original screenplay. The film is produced by Zach Studin together with O’Connor. Rick McCallum will executive produce. “McCarthy” is slated to go into production in the fall 2022 in Prague and the U.S.

HanWay Films has come on board to handle international sales and distribution and will begin sales at AFM. CAA Media Finance will oversee the U.S sale.

“The saga of Joe McCarthy is timeless and the drama behind his rise to power, sobering. It is a powerful reminder to us all that truth and facts are the lifeblood of a free and open society. Tom’s exceptional screenplay, Václav’s uncompromising vision and this remarkable ensemble gives the film the necessary foundation to properly explore this chilling and critical chapter of American history,” Studin said in a staetment.

“There are many countries around the world dealing with their own McCarthys right now and it is no surprise that a director who grew up behind the iron curtain should wish to lift the veil on McCarthy, the ultimate architect of populism. True stories are stranger than fiction, and Tom O’Connor’s screenplay is brilliantly researched, both shocking and entertaining, yet treats its villainous characters with true human complexity. Shannon is perfectly suited to inhabit the role of McCarthy and in Jean Kerr, our story’s very own Lady Macbeth, there’s a delicious role for Emilia Clarke,” HanWay Films MD Gabrielle Stewart said.

Michael Shannon currently stars on the Hulu series “Nine Perfect Strangers” and will next be seen in the action film “Bullet Train” alongside Brad Pitt and David O. Russell’s untitled next film.