Michael Apted, Versatile Director Known for ‘Up’ Series, Dies at 79

Michael Apted, a versatile director whose films were as varied as the James Bond picture “The World Is Not Enough” and the biographical dramas “Gorillas in the Mist” and “Coal Miner’s Daughter,” and who made his most lasting mark with the “Up” documentary series, which followed the lives of a group of British people in seven-year intervals for more than a half century, died on Thursday at his home in Los Angeles. He was 79.

His agent in the United States, Roy Ashton, confirmed the death but did not specify a cause.

Mr. Apted, who was British, was a researcher at Granada Television in England when he helped pick the 14 children, all of them 7, who became the subjects of “Seven Up!,” the initial documentary in the “Up” series, which was directed by Paul Almond and shown on British television in 1964.

The film was intended as a one-off, but Mr. Apted picked up the ball seven years (more or less) later, acting as director of “7 Plus Seven,” broadcast in England in late 1970, in which he interviewed the same children, now at a more developed stage of life.

Collectively, the films are a serial portrait of a group of ordinary people, observing them as they advance through life, from childhood through adulthood, and charting their different paths, changing perspectives and various fates (one participant, Lynn Johnson, died in 2013). The New York Times in 2019 called it “the most profound documentary series in the history of cinema.”

The intent of the original program in 1964 was to look at different segments of Britain’s class system. Thanks to Mr. Apted’s persistence, “Up” became something more.

“I realized for the first time, after 20 years on the project, that I really hadn’t made a political film at all,” he wrote in 2000. “What I had seen as a significant statement about the English class system was in fact a humanistic document about the real issues of life.” 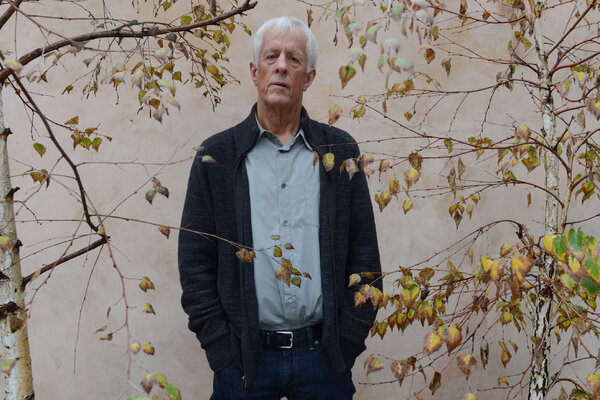 Manohla Dargis, summarizing “63 Up” in The Times, wrote, “There’s great pleasure in revisiting this series, seeing who turned out just fine and sometimes better than you might have expected or hoped.”

While revisiting “Up” periodically across six decades, Mr. Apted worked in television and commercial film.

“Agatha” (1979), a fictional drama about the novelist Agatha Christie, starred Vanessa Redgrave in the title role. Mr. Apted had particular success in the 1980s, beginning in 1980 with “Coal Miner’s Daughter,” about the country singer Loretta Lynn, played by Sissy Spacek, who won the best-actress Oscar.

The next year he directed the John Belushi-Blair Brown comedy “Continental Divide”; two years later came the crime drama “Gorky Park,” based on the Martin Cruz Smith novel, starring William Hurt. In 1988 there was “Gorillas in the Mist,” the story of the naturalist Dian Fossey; its five Oscar nominations included one for Sigourney Weaver, who played Ms. Fossey.

In a 2010 interview with The Times, Mr. Apted reflected on his one regret about the “Up” series — that his initial choice of children was unbalanced, 10 boys but only 4 girls — and how his choices of mainstream films might have been a way to compensate for that.

“The biggest social revolution in my life, growing up in England, has been the change in the role of women in society,” he said. “We didn’t have civil rights and Vietnam in England, but I think that particular social revolution is the biggest thing, and I missed it by not having enough women. And because I didn’t have enough women, I didn’t have enough choice of what options were in front of women who were building careers and having families and all this sort of stuff.”

He continued: “Looking at everything from ‘Agatha’ through ‘Coal Miner’s Daughter,’ from ‘Nell’ and “Continental Divide,’ they’re all to do with women’s role in society and what women have to do to have a role in society, or the choices women have to make to stay in society or have a voice in society, in both straightforward and eccentric ways. That’s always interested me. And that, I think, stems from the feeling that I slightly missed out.”

Michael David Apted was born on Feb. 10, 1941, in Aylesbury, in central England, and grew up near London. His father, Ronald, worked for an insurance company, and his mother, Frances, was “a sort of dyed-in-the-wool socialist” who instilled a liberal outlook in him, as he told The Progressive in 2013.

He attended the prestigious City of London School from age 10, commuting into the city on the underground, and then studied history and law at the University of Cambridge. There his pals included his fellow student John Cleese, later of the Monty Python troupe. He got into a trainee program at Granada and soon afterward found himself working on “Seven Up!”

When that film was broadcast in May 1964, the response startled him.

“That first one,” he told The Times in 2019, “was extremely successful. It was the truth of the class system out of the mouths of babes, and the whole country was shocked — people were just gobsmacked by the rifts in English society on celluloid.”

Soon after, Mr. Apted got his first big directing assignment when Mr. Newell recommended him to do some episodes of the popular TV series “Coronation Street.” In 1970 he was working on another series, “The Lovers,” when Denis Forman, a leading television executive, stopped to chat in the company canteen. Years later in a companion book to “35 Up,” Mr. Apted recalled the exchange:

“‘It’s nearly seven years since ‘Seven Up!’ he said. ‘Wouldn’t it be a nice idea to go and see how the children are doing now?’ I said that I thought it might, so as casually as that I re-embarked on a project that has engaged my entire working life.”

As a commercial filmmaker, Mr. Apted was not known as an auteur with a particular style. Instead he let the material at hand determine the style he would adopt. That approach, he said, served him well on “Coal Miner’s Daughter,” his first major American project.

“I didn’t have any knowledge of poor white Appalachian society, but I also didn’t have any of the attitudes toward it that a filmmaker from New York or Los Angeles might have,” he told The Star Ledger of Newark in 2006. “And so because my English work had been rather location-driven, I just got to know the place, and bore into it that way. It was certainly a very unusual induction into American movies, but it opened a window of opportunity.”

Mr. Apted eventually settled in Los Angeles, and his later career included directing episodes of the HBO series “Rome” and the Showtime series “Ray Donovan” and “Masters of Sex.” He made other documentaries besides the “Up” series, including “Bring On the Night” (1985), about a Sting concert, which won a Grammy Award for best long-form music video.

Mr. Apted was active in the Directors Guild of America and served as its president from 2003 to 2009. Online biographies say he was married three times, most recently to Paige Simpson, who survives him, along with a sister, Carolyn; three children, Jim and John Apted and Lily Mellis; and four grandchildren.