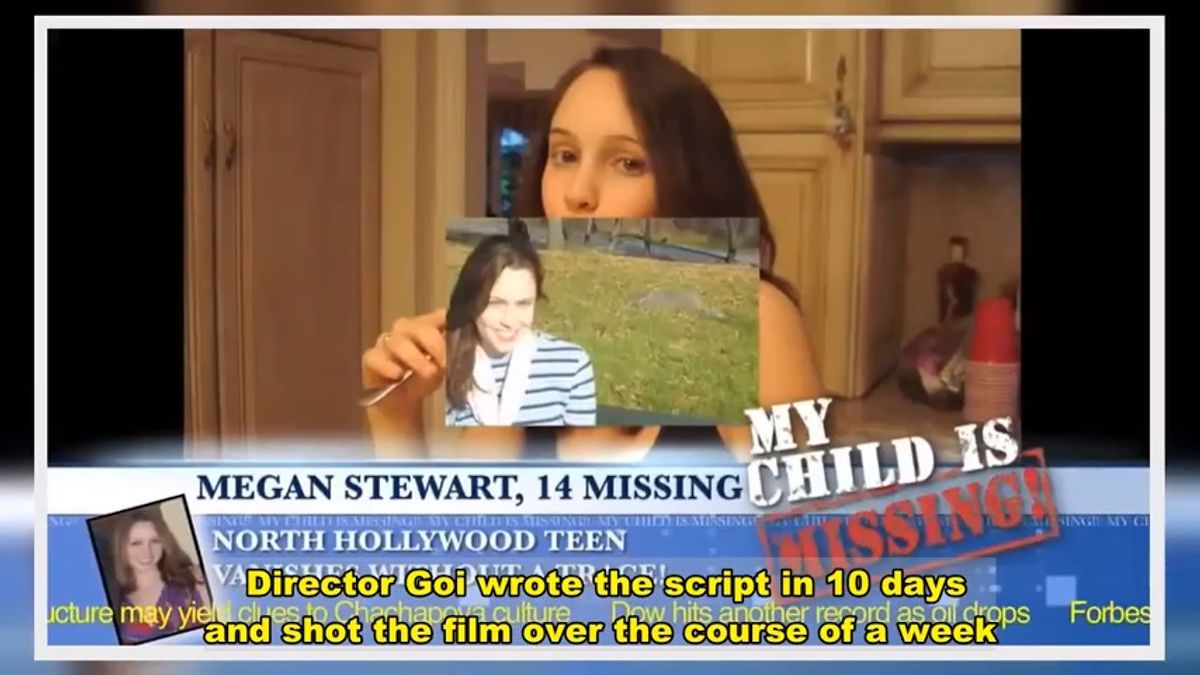 The 2011 movie Megan Is Missing went viral on TikTok last weekend.  So, why the sudden interest in the nearly decade-old thriller?

One reason is that many viewers are convinced that the horror flick’s plot is a true story. This is likely due to the film’s found-footage style and documentary type appearance.

The film, however, is not based on a real case. Instead, Megan Is Missing acts as a cautionary tale about online safety.

The writer and director of Megan Is Missing, Michael Goi says he discovered the renewed interest in his movie when Amber Perkins, the lead actress who plays Amy in the film, texted him. She informed the filmmaker that reactions to the film were “exploding on TikTok at the moment.”

TikTok users have been sharing reaction videos of themselves as they watch the film and its disturbing scenes. The subject matter in the film deals with several horrific scenarios including abduction, sexual assault, and rape.

In essence, Megan Is Missing’s content takes a graphic approach in warning of the dangers of child predators who lurk online.

Goi, who wrote the movie in 10 days and filmed it in just over a week, specifically called out Megan Is Missing’s Photo Number 1 as a clear warning to shut off the film if the viewer is already uncomfortable.

Taking to his personal TikTok account, he warned, “If you see the words ‘photo number one’ pop up on your screen, you have about four seconds to shut off the movie if you’re already kind of freaking out before you start seeing things that maybe you don’t want to see.”

What is Megan Is Missing about?

Amy comes from a wealthy and close-knit family, whereas Megan’s upbringing has been tough in comparison. Megan’s stepfather sexually, physically, and emotionally abused the 14-year-old. And, unfortunately for Megan, her mother resented her instead of holding her husband accountable.

Told via webcam recordings, news broadcasts, video camera footage, and cellphone calls, Megan Is Missing is quick to reveal that young Megan has found herself in some risky and dangerous situations.

Not only is she involved with sex and drugs, but she has taken an interest in a guy named Josh (played by Dean Waite) who she met online.

Not at all worried about who Josh really is or his intentions, Megan plans a rendezvous with him. Upon their meeting, he abducts her.

After that, he takes explicit photos of the teen and then posts them on the dark web.

Amy ends up providing information about Megan’s date with Josh to the authorities. Sadly, in retaliation, Josh then abducts Amy as well.

“Megan Is Missing continues to circulate and popularity around the challenge continues to grow,” Screenrant commented on November 20.

The source added, “If fans who enjoy found footage horror movies intend on viewing it, heed Michael Goi’s warning. Megan Is Missing is intended for audiences prepared to face the dangers of the digital era in what is possibly the most disturbing and unsettling depiction to date.”

Megan is Missing is available for rental at Amazon Prime Video and YouTube.