Marvel gives big update on when Avengers 4 trailer is coming

Marvel fans, your long wait for the Avengers 4 trailer is seemingly almost over.

It’s been since than six months since Avengers: Infinity War left the state of the Marvel Cinematic Universe in total devastation with Thanos’s deadly finger snap, and fans have naturally been begging for the title and especially footage from the sequel.

Some big news on both fronts came this week courtesy of journalist Erick Weber, who attended a Black Panther event in Los Angeles. He asked Marvel Studios boss Kevin Feige directly when the Avengers 4 trailer would arrive and was told it would be “before the end of the year”. 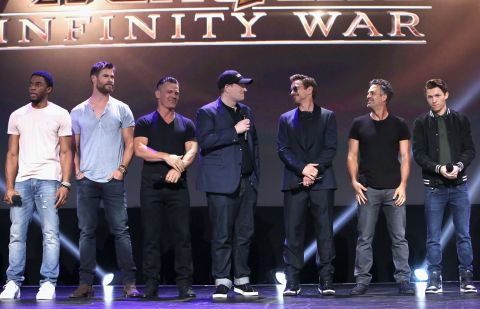 We may be able to narrow that down a little further by looking back at Avengers: Infinity War. The first trailer for the film was released on November 29, 2017 — about five months ahead of the cinemas release.

Since Avengers 4 will be releasing at the same time next year, it’s theoretically possible that Disney and Marvel could choose a late November trailer release again this time. Again, that bit is not confirmed, it’s just theoretical.

There’s also plenty of debate about the title of the film. Mark Ruffalo was jokingly fired by directors Anthony and Joe Russo when he supposedly revealed the name of the movie on US TV last month.

Don Cheadle has since had some fun of his own with fans by giving them some cheeky hints about the title — although we think anyone would be hard-pressed to guess based off his so-called spoilers.