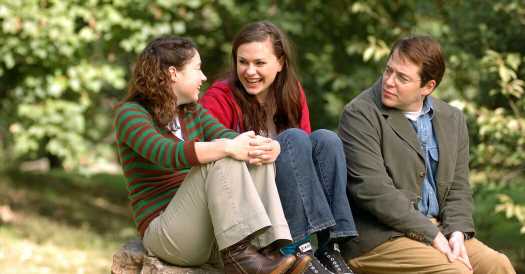 As we settle in for a few more months of homebound entertainment, you may find those once-abundant watch lists getting shorter and more barren, so it’s time to take a few more chances. This month’s roundup of under-the-radar streaming suggestions includes bloodcurdling horror, kooky (and sometimes cringe-inducing) comedy, and thoughtful nonfiction takes on flashy subjects.

Stream it on Amazon and Hulu.

Occasionally, a smart filmmaker will announce they’re going to make a “dark” fairy tale, and the results are usually akin to a “gritty” superhero reboot: skin deep and carefully audience-friendly. So the director Osgood Perkins (“The Blackcoat’s Daughter”) deserves credit for crafting a deeply creepy exploration of real terror and real peril with “Gretel & Hansel,” tapping into the vein of true darkness at the heart of the Brothers Grimm’s classic. As before, the title characters are brother and sister who stumble into the clutches of an evil witch — but this witch (as played by Alice Krige) is a witch, genuinely bloodthirsty and scary, with blood-red clouds billowing from her cottage chimney. “Gretel & Hansel” is a disturbing slab of Gothic horror, filled to the brim with nightmare imagery and pitch-black humor, and decidedly not meant for the kids.

Before Marvel tossed the “Spider-Man” franchise keys to the director Jon Watts, he helmed this comparatively microbudget, small-scale thriller, in which two boys take an abandoned police cruiser on a joy ride, and discover a whole world of trouble. Much of it comes in the form of Kevin Bacon, in a solid character turn as the bad cop who left the vehicle unattended, and quickly realizes these two kids are a troublesome loose end. Watts keeps things lean and mean, embracing the story’s B-movie sensibilities and coming up with a pulpy exercise that legitimately recalls Steven Spielberg’s debut feature, “Duel.” 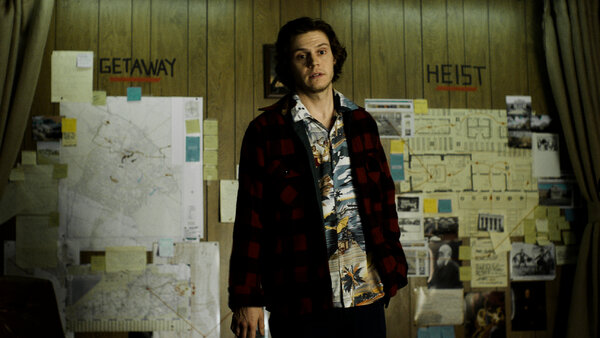 In 2012, Bart Layton directed “The Imposter,” one of the more compelling true-crime documentaries of the era. For this follow-up, he tells another true story, but through a more complicated lens. The tale in question concerns a quartet of students who attempted to rob the rare-book room of their college library, which they recall in narration and interviews that coincide and clash in fascinating ways — but Layton also dramatizes their story with four flashy young actors, creating a documentary/narrative hybrid that not only amps up the surface thrills of the heist, but asks pointed questions about the inherent glamorization and exploitation of films like these.

“I’m in sort of a limbo right now,” explains Kate (Gillian Jacobs, wonderful), and that’s putting it mildly: Her debut novel isn’t selling, her publisher just canceled her book tour and her ex-fiancée is already in another relationship. So the invitation from her former professor (Jemaine Clement) to do a reading at her alma mater isn’t just a promotional opportunity — it’s a lifeline, a chance to recall when her life seemed full of opportunities rather than failures. The writer and director Kris Rey expertly walks a tightrope of quiet tragedy and cringe comedy, and Jacobs wears Kate’s tics and insecurities not as flaws, but as deeply relatable merit badges.

It’s easy to imagine a romantic comedy set in the world of health clubs and personal trainers as blandly formulaic studio junk (imagine, say, Matthew McConaughey and Katherine Heigl in the leads, circa 2006). But the writer and director Andrew Bujalski (“Computer Chess,” “Support the Girls”) is a true original, and he scrambles the tropes of the genre — odd couples, a love triangle, unrequited crushes — through his own deeply weird sensibilities. Cobie Smulders and Guy Pearce are terrific in the leading roles of type-A trainers who funnel their sexual tension into their work, but the ace character actor Kevin Corrigan (“Goodfellas”) steals the show as the rich, eccentric client who turns their situation inside out.

Once upon a time, “naughty nuns” would have been the quickie description for a leering exploitation movie; these days, it’s the hook for this quirky period comedy from the writer and director Jeff Baena. Drawing inspiration from Giovanni Boccaccio’s “The Decameron,” Baena focuses on a trio of nuns (Aubrey Plaza, Alison Brie and Kate Micucci) whose long-stifled desires are unlocked by the arrival of the convent’s hunky new handyman (Dave Franco). Monty Python-esque sex and silliness abound, with additional laughs provided by a stacked supporting cast that includes Molly Shannon, John C. Reilly, Fred Armisen, Nick Offerman, Adam Pally, Jemima Kirke and Paul Reiser.

Some actors seem born out of their proper time, and it’s a shame that Michael Shannon arrived decades after the glory days of film noir, as few contemporary actors are so gifted at putting across the complex mixture of duty and desire required by a noir leading man. But this neo-noir thriller is the next best thing, pairing Shannon and the great Imogen Poots in what seems a standard sap/femme fatale face-off — until the writer and director Matthew Ross digs out the humanity and complexity beneath those well-established types.

The battle to get Kenneth Lonergan’s sophomore feature released was nearly as dramatic as the events onscreen, culminating in a protracted battle over final cut that put the picture in theaters years after its completion. Both the theatrical version and Lonergan’s longer cut are streaming on HBO Max, for your own comparison and contrast; even in its shortened version, this is a powerful drama of impotent rage and survivor’s remorse, capturing the mood of New York City (and the nation) in the years after 9/11. The movie is boosted by a stunning central performance from Anna Paquin and a stellar bit of pre-“Succession” work by J. Smith-Cameron.

‘Daughters of the Sexual Revolution: The Untold Story of the Dallas Cowboys Cheerleaders’ (2018)

Stream it on Amazon.

It’s hard to imagine a modern-day N.F.L. cheerleading squad affecting popular culture as fully as the Dallas Cowboys Cheerleaders did in the late 1970s and early 1980s — because their far-reaching fame was so tied to that specific moment in the evolution of sexual mores, and the backlash to it was so rooted in the shifts in the feminist movement. The director Dana Adam Shapiro grapples with those contradictions in compelling fashion, transforming subject matter that could have been the target for snickering into a razor-sharp examination of a culture in flux.