Lucie Arnaz’s reaction to Being the Ricardos is here. And she gives the first movie about her parents, Lucille Ball and Desi Arnaz, her seal of approval. Not only did she love the movie, but she also raved over Nicole Kidman’s acting, saying she “became my mother’s soul.” The first screening of Being the Ricardos also took place on Nov. 13, and critics are saying people were wrong to doubt Kidman’s ability to nail the role. 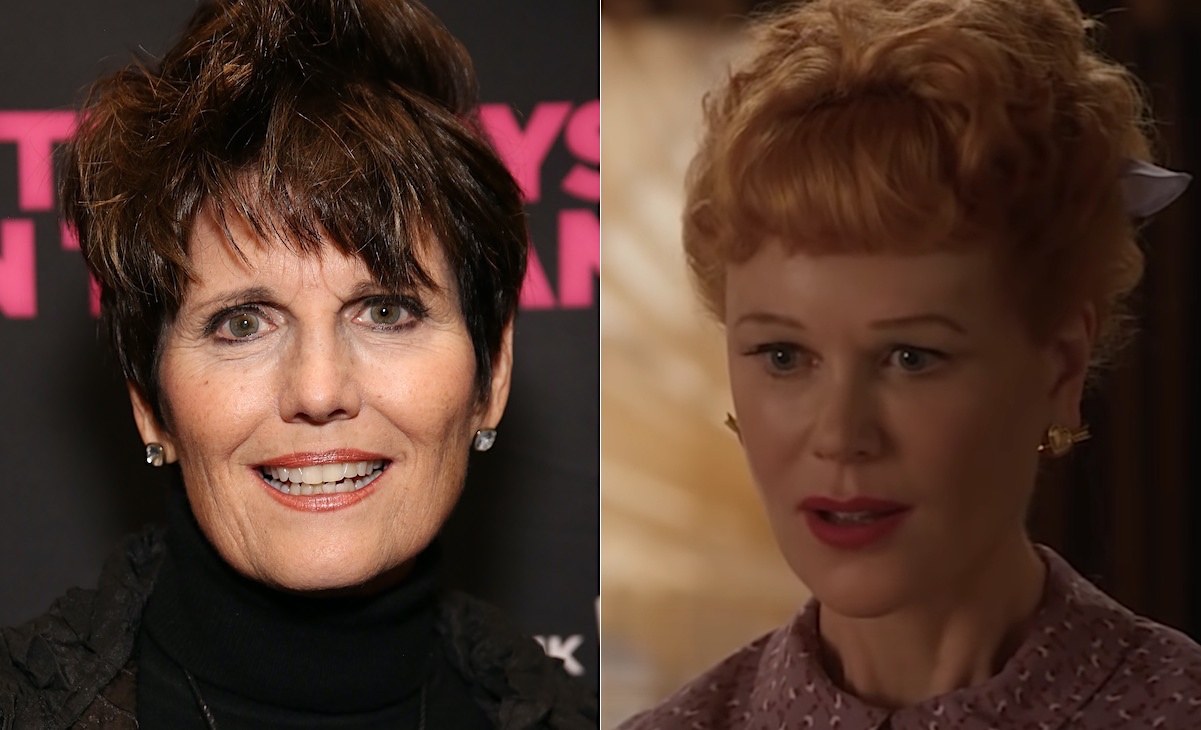 Lucie Arnaz’s reaction to ‘Being the Ricardos’

Being the Ricardos isn’t your typical biopic. The drama, written and directed by Sorkin, documents one week of production on I Love Lucy. But as Arnaz explained in her video review, it’s a week where “all hell broke loose” on set. Indeed, the fate of the hit sitcom hung in the balance after Ball was accused of being a communist.

Sorkin was fascinated by this McCarthyism threat to one of the most beloved couples and TV shows in history, so he centered the drama around how Ball and Arnaz handled the controversy. And their daughter couldn’t love the film more. She said in an Oct. 16 YouTube video:

“It’s freaking amazing. That guy made a great movie. What can I tell you? [Sorkin] captured the essence of that time in their lives so well. He captured the heart of my mother, my father, their relationship. He captured the love between those players in the I Love Lucy show, the tension that was brought on in this particular week when all hell broke loose.”

Arnaz has been a supporter of Being the Ricardos since before Sorkin even wrote it. In fact, she’s the one who convinced The Social Network screenwriter to make the movie in the first place, trusting he would give an honest portrayal of her parents, not a glamorous one for the sake of preserving their images. Arnaz wanted the truth shown on screen. And in Arnaz’s reaction to Being the Ricardos, she said she got it.

Twitter didn’t share Arnaz’s excitement about Kidman’s casting. Since the Moulin Rouge star was cast in Being the Ricardos, fans online have lambasted Sorkin for not casting Ball lookalike Debra Messing. They’ve also doubted Kidman’s comedic abilities, saying Messing was more of a fit for the role.

But while Being the Ricardos is based on I Love Lucy, the main characters aren’t Lucy and Ricky Ricardo. Sorkin cast actors whom he felt would give the best performances as the real Ball and Arnaz, who were far different from their on-screen characters. Arnaz said Sorkin, Kidman, and Bardem accomplished this in spades. She gushed:

“Nicole Kidman became my mother’s soul. She crawled into her head. I don’t know how you do that. She cared very deeply about this part. It shows. And I believed everything she said. She looks beautiful. Thank god they didn’t do exact lookalikes. I couldn’t have taken it.”

As for her father’s character, the 70-year-old said Bardem truly captured his essence despite looking nothing like him.

“Javier Bardem, he doesn’t really look like my dad,” she said. “They have different profiles, just body shape and stuff. But he has everything that dad had. He has hit wit, his charm, his dimples, his musicality. He has his strength and tenacity. And you can tell from the performance that he just loved him. And that’s what you needed.” 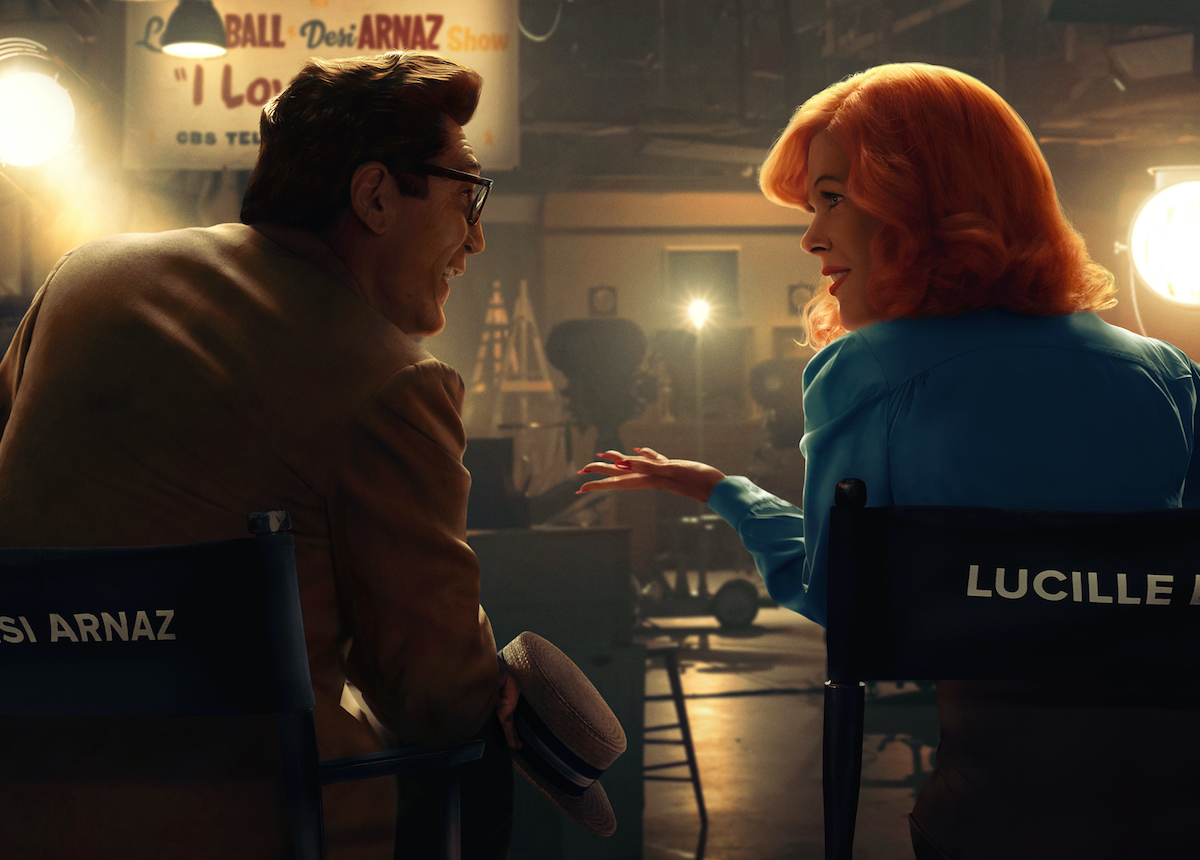 ‘Being the Ricardos’ reviews

Arnaz said it wasn’t just Kidman and Bardem who knocked it out of the park. She also praised the rest of the Being the Ricardos cast, which includes J.K. Simmons as William Frawley, Nina Arianda as Vivian Vance, Tony Hale, Alia Shawkat, Jake Lacy, and more.

“Everybody in this film — right down to a guy that has one line — is perfectly cast,” Arnaz raved, later adding, “This is gonna be something.”

Critics agree that Being the Ricardos could land Kidman, Bardem, and Sorkin with Oscar nominations.

“I was blown away by Nicole Kidman as Lucy because I didn’t think she could nail it,” tweeted Awards Daily. “But the trick is that she doesn’t play the Lucy we know. She plays the Sorkinesque ‘smartest person in the room.’”

“Sorkin’s truly in a league of his own,” tweeted The Hollywood Reporter’s Scott Feinberg. “BEING THE RICARDOS may be a little too inside baseball for some, but I ate it up — the speedy dialogue, the quick wit and yes, the walk and talks. And the whole cast was great. Shame on me for doubting Kidman could nail Lucy. Big standing O.”

Being the Ricardos debuts in theaters Dec. 10 and on Amazon Prime Video Dec. 21.