Lil Pump Banned From JetBlue After Refusing to Wear a Mask

The rapper “became verbally abusive with crew members,” a rep for the airline told USA Today 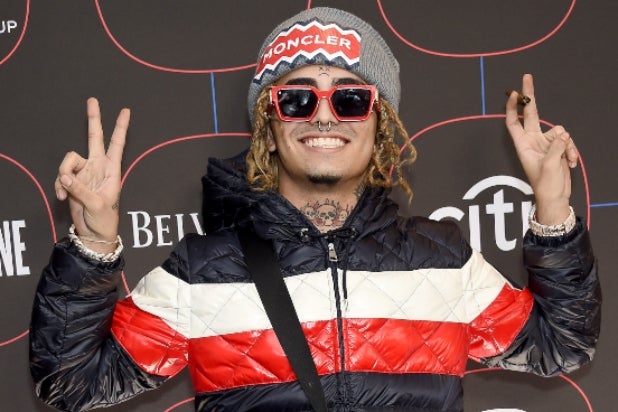 Rapper Lil Pump has been banned from flying with JetBlue after refusing to wear a mask on a recent flight.

A representative for the airline told USA Today that the rapper, real name Gazzy Garcia, is “no longer welcome” on JetBlue flights after he “became verbally abusive with crew members” on a recent flight from Fort Lauderdale to Los Angeles. The rep also said Lil Pump’s return flight had been canceled.

TMZ, which first reported the news of Lil Pump’s ban, said airport police were called to remain “on standby” at LAX ahead of the flight’s arrival, but no arrest was made. The site also said flight deck communications described the rapper as “sneezing and coughing into a blanket sans mask (perhaps on purpose).”

Lil Pump responded to the ban in a now-deleted video saying, “F— JetBlue! F— everybody that work in there … Ya’ll bitches some bums. All 2021, I ain’t wearing no mask! I don’t gotta wear no fucking mask, bitch. Corona’s fake. Bye!” The tirade is no longer public on the rapper’s social media pages, but the clip was captured and re-uploaded by TMZ.

A vocal supporter of Donald Trump, Lil Pump was recently in the news for appearing at a pre-election night rally where he was mistakenly introduced as “Lil Pimp.” He also at one point threatened to leave the country if Trump failed to win re-election.