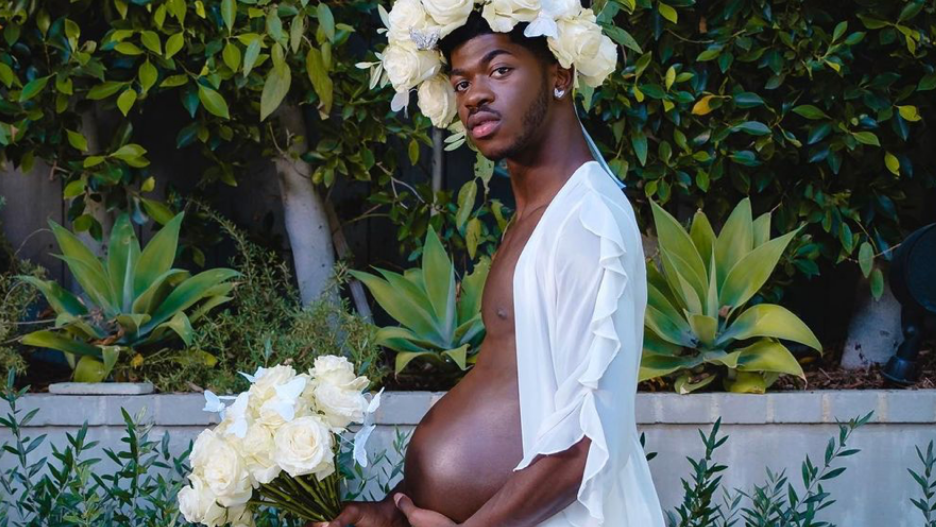 If you noticed that Lil Nas X has an extra glow to him lately, it’s not the blood-infused Nikes, it’s because he’s expecting a child: His new album.

The rapper revealed that he will be giving birth to an “Industry Baby” (AKA his hotly-anticipated album, “Montero”) on Sept. 17 with an outrageous new photoshoot on Thursday.

Lil Nas explained to the outlet that the light bulb moment came after listening to Meg’s verse on their new song, “Dolla Sign Slime,” for the first time.

“I was like, ‘You know what? That’s actually brilliant,’” he continued. “So now we have this entire thing coming out, and it’s going to be amazing.” 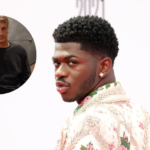 Pregnancy appears to be in the air lately–or at least in the new music.

Lil Nas X, the king of meme-able marketing, couldn’t resist posting his own spoof of the cover on Monday, the difference being that his take featured pregnant men. He said that the matching maternity album art and maternity shoot was a total coincidence though.

“I was like, ‘There’s no way the universe is lining up this perfect for this to happen,” he told People with a laugh.

When asked whether the album is an immaculate conception of sorts, he said, “I guess I am the father as well as the mother,” adding that the producers are the uncles.

“Montero” features collabs with Megan Thee Stallion, Miley Cyrus, Elton John and Doja Cat in addition to the hit singles “Industry Baby” and “Montero (Call Me By Your Name).”

Like any parent, Lil Nas X has big dreams for his “baby.”

“I hope every single corner of the globe is reached with this album,” he said. “It’s going to happen!”