Like rolling down stairs in a trolley: cinema enters fourth dimension

Tired of just sitting and watching a movie? Had your fill of standard 2D and even 3D films and pining for even more dimensions?

The latest attraction for Sydney movie-goers could be perfect for you.

Event Cinemas has introduced what it calls 4DX to its George Street multiplex, calling it "a revolutionary cinematic experience which stimulates all five senses".

So not just sight and hearing – as in a conventional cinema – but also taste, smell and touch. 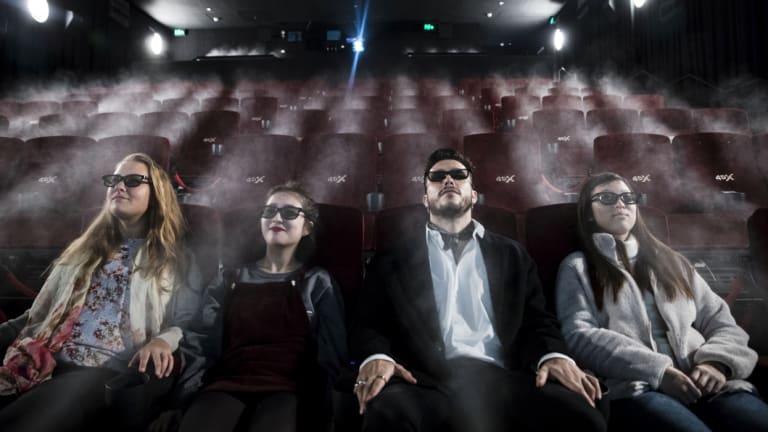 You could argue that the multiplex experience already includes smell (popcorn, the occasional patron with a box of fried chicken, the kid behind who could do with a shower), taste (if it's your fried chicken) and touch (that kid behind kicking your seat).

But 4DX promises immersive effects synchronised to the movie, including moving seats and bursts of wind and water. It costs $30 a ticket – $8 more than the standard price.

The first offering is the Hollywood movie Venom, with Tom Hardy as an investigative reporter who gets superpowers when his body is taken over by a parasitical alien.

After missing a media screening, Event supplies a ticket for a public session that starts with a short action-packed clip that shows how the cinema rocks and vibrates your seat, flashes lights, squirts a fine mist of water, tickles your legs, tosses up fog and shoots air at the back of your ears.

It lasts for maybe a minute. A small boy walks out immediately, followed by his father. Clearly four dimensions are too many.

Once the movie starts, the audience seems to quickly enjoy what feels like a theme park experience, laughing as blocks of seats are hurled around.

During a motorcycle chase, the seat shakes like you're rolling down a flight of stairs in a supermarket trolley.

As characters fight, it's like trying to read a book in an earthquake.

Then comes an unexpected effect: the house lights come on. After a while, it becomes apparent it's a glitch that lasts until a patron finds an usher and the lights go off.

As the alien bites off a character's head, a burst of mist produces more laughter.

A movie that even cheese would consider cheesy, Venom proves perfect for 4DX.  It's the kind of brainless Hollywood movie where America's supposedly best investigative reporter lists a top secret source on his mobile under her real name. 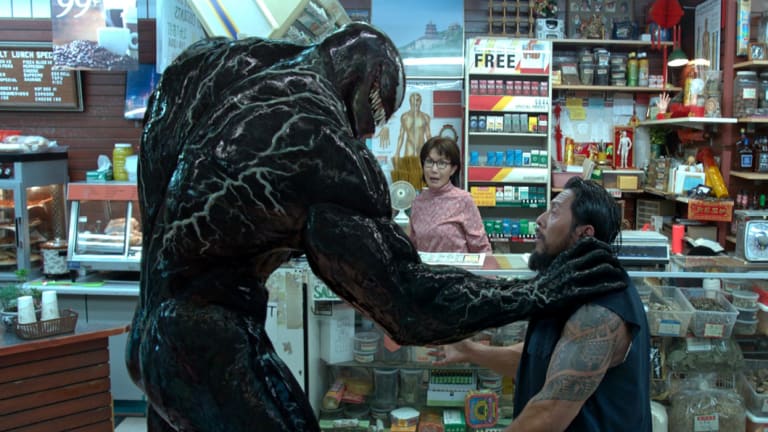 When a character was slammed against a wall during the movie, there was a pulse in the seat back. But there didn't seem to be any smells, not even fried chicken. And the only taste was water.

It later turns out that while this session was in 2D, the media screening was in 3D. So 4DX was missing one dimension.

While there was a disconnect – you experience the effects from characters' perspectives while watching them from a distance – the audience seemed generally impressed.

"It was fun," David Morris, 28, says. "The five minutes with the lights on wasn't amazing but these things always have teething problems."

"It was immersive," Pietro Raneri, 12, says. "The chase scenes were the best."

Event's general manager of operations, John Boero, later explains that some sessions will be in 3D and others in 2D for customers who prefer fewer dimensions.

"The 4DX experience is designed to be completely immersive regardless of whether you see it in 2D or 3D," he says.

It's a format tailored for high-action movies, so no point trying to get tickets for Ladies In Black or Book Club. And it's proving popular so far.

"We've been overwhelmed by the response," Mr Boero says.