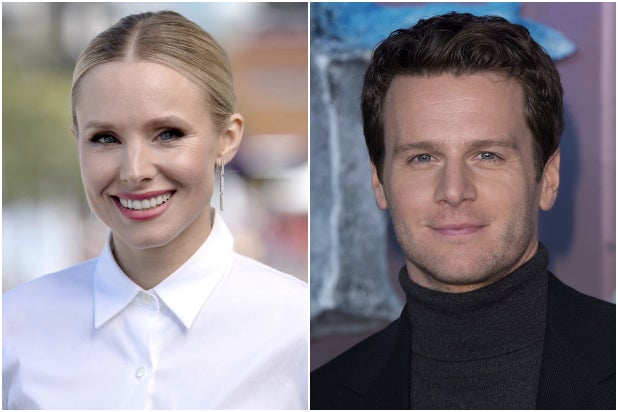 In something of a “Frozen” reunion, Kristen Bell and Jonathan Groff will reunite in a musical film called “Molly and the Moon” from the creators of “How I Met Your Mother,” Craig Thomas and Carter Bays, an individual with knowledge of the project told TheWrap.

Bays and Thomas wrote the script and will also direct the live-action musical comedy that is being presented to buyers at the American Film Market by CAA Media Finance and UTA Independent Film Group. FilmNation is handling international sales.

The music will also come from “The Get Down’s” Stephanie Diaz-Matos as music supervisor and composer Nathan Larson, as well as executive music producer Harvey Mason Jr., who worked on the “Pitch Perfect” films and “Sing.”

Bell and Groff play a couple who are expecting a child and sing to their unborn baby in the womb. But the film also takes us inside the womb and imagines a little girl in a rowboat singing back and using the sound of her parents’ voices to try and reach “the moon,” or a metaphor for being born.

Thomas and Bays told Deadline the story was inspired when Thomas and his wife found that their newborn son was born with a rare genetic condition that required surgery and doctors’ attention for weeks. And because they were unable to hold their baby, they sang to him instead.

Deadline first reported the news of the project.