K-pop group BTS are getting their own movie

BTS could be set to conquer the world of cinema next with fans of the group apparently spotting posters for a movie.

The K-pop group’s 2017 documentary Burn The Stage is reportedly getting a full cinematic release later this year, and we are sure fans could not be more excited.

The doc was originally released an eight-part series on YouTube, and it seems that it will be condensed into 85 minutes for the big screen.

Burn The Stage follows the group’s 2017 ‘Wings’ tour, and features backstage footage of the seven-member group.

Meanwhile, it seems BTS-mania has finally hit UK shores, with the band playing a series of anticipated shows at London’s O2 Arena this week.

They will also make their UK TV debut this Friday (October 12) on The Graham Norton Show, where they will perform their hit ‘Idol’. 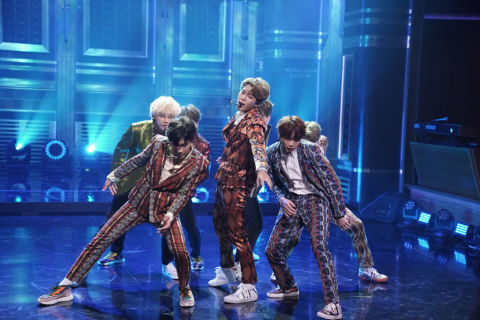 BTS have had a pretty stellar year, becoming the first Korean act to enter the UK Top 40 singles chart, as well as topping the US Billboard 200 twice.