Joaquin Phoenix’s Joker movie is certainly not what we’ve been expecting, going by the plethora of photos dripping out over the past month.

And the latest look at his Clown Prince of Crime is the zaniest we’ve had yet, with on-set photos showing the character running down the street in full clown get-up. 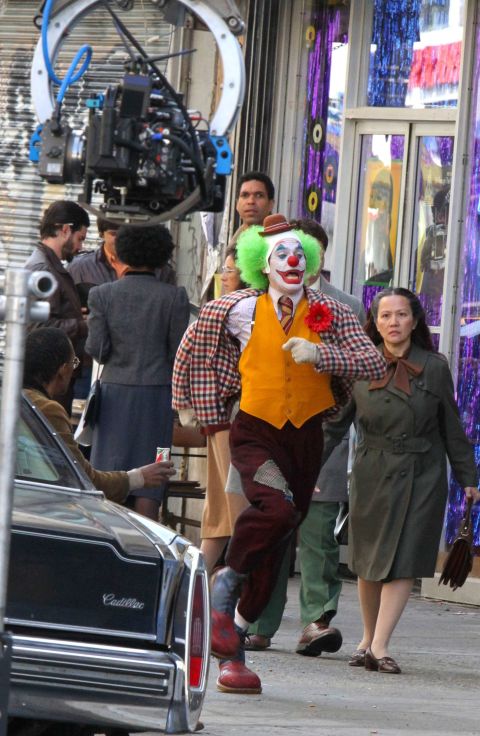 As well as pictures of the Joker, director Todd Phillips has released a camera test of Phoenix as the iconic baddie. 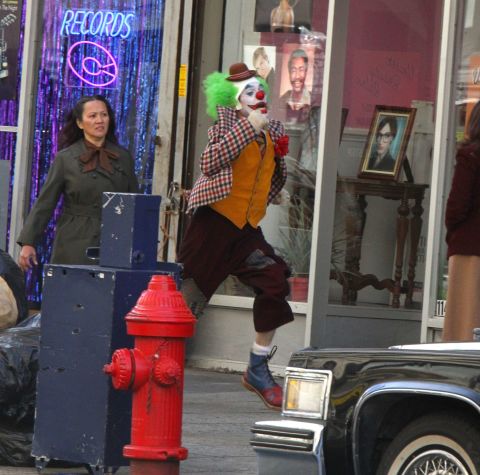 Phoenix previously admitted that playing the Joker “scares the f**king shit” out of him, explaining: “I take a lot of time and consideration when making decisions and what I’m gonna work on always.

“So, in some ways, the process, which is obviously reading a script and meeting a filmmaker and then continuing to have meetings and discussions with Todd.

“I think he’s very impressive and he seems to have a very interesting understanding of this world and what he’s trying to say. And so there is something very appealing about that and working with him on this particular project.

“It feels unique, it is its own world in some ways, and maybe, mostly, it scares the f**king shit out of me or something. It might as well be the thing that scares you the most!”