Joan Micklin Silver, the filmmaker whose first feature, “Hester Street,” expanded the marketplace for American independent film and broke barriers for women in directing, died on Thursday at her home in Manhattan. She was 85.

Her daughter Claudia Silver said the cause was vascular dementia.

Ms. Silver wrote and directed “Hester Street” (1975), the story of a young Jewish immigrant couple from Russia on the Lower East Side of Manhattan in the 1890s. It was a personal effort, a low-budget 34-day location shoot, that became a family project.

Studios said the story was too narrowly and historically ethnic. For one thing, much of the film, in black and white, was in Yiddish with English subtitles.

“Nobody wanted to release it,” Ms. Silver recalled in a visual history interview for the Directors Guild of America in 2005. “The only offer was to release it on 16 to the synagogue market,” she added, referring to 16-millimeter film.

Ms. Silver’s husband, Raphael D. Silver, a commercial real estate developer, stepped in to finance, produce and even distribute the film after selling it to some international markets while attending the Cannes Film Festival. “Hester Street” opened at the Plaza Theater in Manhattan in October 1975, then in theaters nationwide, and soon earned $5 million (about $25 million today), almost 14 times its $370,000 budget. (Ms. Silver sometimes cited an even lower budget figure: $320,000.)

Richard Eder of The New York Times praised the film’s “fine balance between realism and fable” and declared it “an unconditionally happy achievement.” Carol Kane, who was 21 during the filming, in 1973, was nominated for the best actress Oscar for her role as Gitl, the newly arrived wife who is, in the opinion of her husband (Steven Keats), humiliatingly slow to assimilate. 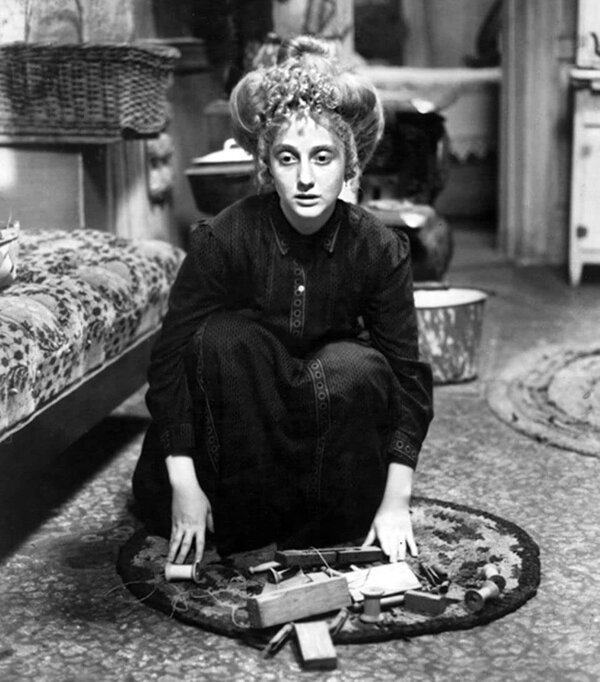 “Hester Street” made Ms. Silver’s reputation, but the next time she wanted to depict Jewish characters and culture, the same objections arose.

“Crossing Delancey” (1988) was a romantic comedy about a sophisticated, single New York bookstore employee (Amy Irving) who is constantly looking over her shoulder to be sure that she’s made a clean getaway from her Lower East Side roots.

With the help of her grandmother (played by the Yiddish theater star Reizl Bozyk) and a traditional matchmaker (Sylvia Miles), she meets a neighborhood pickle dealer (Peter Riegert) who has enough great qualities to make up for his being just another nice guy (her tastes ran more in the bad-boy direction).

The studios found this film “too ethnic” too — “a euphemism,” Ms. Silver told The Times, “for Jewish material that Hollywood executives distrust.”

Luckily, Ms. Irving’s husband at the time, the director Steven Spielberg, was fond of Jewish history himself. He suggested that she send the script to a neighbor of his in East Hampton, N.Y. — a top Warner Entertainment executive. The film grossed more than $116 million worldwide (about $255 million today).

It is difficult to say which was Ms. Silver’s most vicious antagonist, anti-Semitism or misogyny.

“I had such blatantly sexist things said to me by studio executives when I started,” she recalled in an American Film Institute interview in 1979. She quoted one man’s memorable comment: “Feature films are very expensive to mount and distribute, and women directors are one more problem we don’t need.”

Joan Micklin was born on May 24, 1935, in Omaha. She was the second of three daughters of Maurice David Micklin, who operated a lumber company that he and his father had founded, and Doris (Shoshone) Micklin. Both her parents were born in Russia — like the protagonists in “Hester Street” — and came to the United States as children.

Joan grew up in Omaha, then went East, to Sarah Lawrence College in Yonkers, N.Y. She married Mr. Silver, known as Ray, in 1956, three weeks after graduation. He was the son of the celebrated Zionist rabbi Abba Hillel Silver.

For 11 years, the Silvers lived in Cleveland, his hometown, where she taught music and wrote for local theater. They moved to New York in 1967, putting her closer to film and theater contacts.

A chance meeting with Joan Ganz Cooney, the co-creator of Sesame Street, at a political fund-raiser led to her work with Linda Gottlieb at the Learning Corporation of America. Together they wrote and produced educational and documentary short films, including “The Immigrant Experience” (1972).

Ms. Silver had a love-hate relationship with movie studios. She was one of several writers hired and fired by Paramount to adapt Lois Gould’s novel “Such Good Friends” (1971). Her first mainstream screenplay was “Limbo,” written with Ms. Gottlieb, about the wives of prisoners of war in Vietnam. Universal Studios bought the property but rewrote it and hired a director whose vision was the polar opposite of Ms. Silver’s.

She was not going to let that happen with “Hester Street.” And she didn’t.

Ms. Silver’s second film, “Between the Lines” (1977), was an assimilation story of sorts as well. The young, politically progressive staff of an alternative newspaper is being taken over by a corporation, which has radically different priorities and values. That film, whose ensemble cast included Jeff Goldblum, John Heard and Lindsay Crouse, was also produced by the Silvers.

For her third film, an adaptation of Ann Beattie’s moody best seller “Chilly Scenes of Winter,” Ms. Silver worked with United Artists. The studio promptly changed the title to “Head Over Heels” (1979) and promoted the movie as a lighthearted romp. It starred Mr. Heard and Mary Beth Hurt as a lovesick civil servant and the married co-worker he worships a little too much.

After it bombed, the film’s young producers insisted on restoring the original title, giving it a new, less perky ending and having it re-released. This time it was received much more favorably.

Ms. Silver ventured into Off Broadway theater with mixed results. Mel Gussow of The Times did not care for “Maybe I’m Doing It Wrong” (1982), her revue with Randy Newman’s music. But when Ms. Silver and Julianne Boyd conceived and staged the musical revue “A … My Name Is Alice,” it had three runs in 1983 and 1984 and was pronounced “delightful” by Frank Rich of The Times. There were two sequels in the 1990s.

In the end, Ms. Silver directed seven feature films. The others, all comedies with relatively frothy subjects, were “Loverboy” (1989), about a handsome young pizza deliverer who offers extras to attractive older women; “Big Girls Don’t Cry … They Get Even” (1992), about divorced-and-remarried people thrown together again by a runaway teenage daughter; and “A Fish in the Bathtub” (1999), starring Jerry Stiller and Anne Meara as a couple with a pet carp.

Ms. Silver also directed more than a half-dozen television movies, beginning with “Bernice Bobs Her Hair” (1976), based on an F. Scott Fitzgerald short story. Her last was “Hunger Point” (2003), about a young woman’s eating disorder.

In addition to her daughter Claudia, Ms. Silver’s survivors include two other daughters, Dina and Marisa Silver; a sister, Renee; and five grandchildren. Mr. Silver died at 83 in 2013 after a skiing accident in Park City, Utah.

“The more I’m left alone, the better I do,” she said. “It isn’t that I think I’m smarter than anyone or anything like that. It’s just what whatever my instincts are, it’s better for me to be able to put those into play in my own work.”

In the same interview, she was asked about “Crossing Delancey” and confessed her favorite aspect of the experience: “I had final cut.”