Jim Carrey Has Visions of a Soviet Trump in Latest Cartoon

“Let’s send him home,” the comedian and artist writes 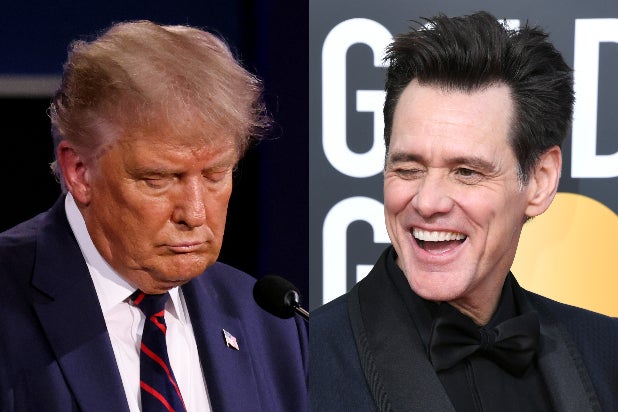 In Jim Carrey’s imagining, Donald Trump won’t be staying in the U.S. if he loses the presidential election.

The comedian and artist’s latest cartoon, posted on Tuesday, depicts a belligerent Trump saying he would defect, complete with a hammer and sickle and five-pointed star — emblems of the former Soviet Union flag — in the upper-left-hand corner.

Trump himself has floated the possibility of getting out of the U.S. if he loses to Joe Biden, telling supporters at a campaign rally in Georga last week that he might “leave the country” if he loses his re-election bid.

“Could you imagine if I lose? My whole life. What am I gonna do? I’m gonna say, ‘I lost to the worst candidate in the history of politics.’ I’m not gonna feel so good. Maybe I’ll have to leave the country. I don’t know,” Trump said.