Jean-Claude Carrière, an author, playwright and screenwriter who collaborated with the director Luis Buñuel on a string of important films and went on to work on scores of other movies, among them Philip Kaufman’s “The Unbearable Lightness of Being” (1988), died on Monday at his home in Paris. He was 89.

The death was confirmed by his daughter Kiara Carrière. No cause was given.

Mr. Carrière had barely started in the movie business when he met Buñuel, the Spanish-born director, in 1963 (although he had already won a short-subject Oscar for a 1962 comedy he made with Pierre Étaix, “Happy Anniversary”).

“At the time, he was looking for a young French screenwriter who knew the French countryside well,” Mr. Carrière recalled in a 1983 interview with the writer Jason Weiss.

“I was a beginner,” he said. “I had gone to Cannes, and he was seeing various screenwriters there. I had lunch with him, we got along well, and three weeks later he chose me and I left for Madrid. Since then I haven’t stopped.”

His first project with Buñuel was “Diary of a Chambermaid” (1964), for which the two adapted the Octave Mirbeau novel of the same name. Mr. Carrière continued to work with Buñuel for the rest of the director’s career, including on his last feature, “That Obscure Object of Desire,” in 1977. (Buñuel died in 1983.) 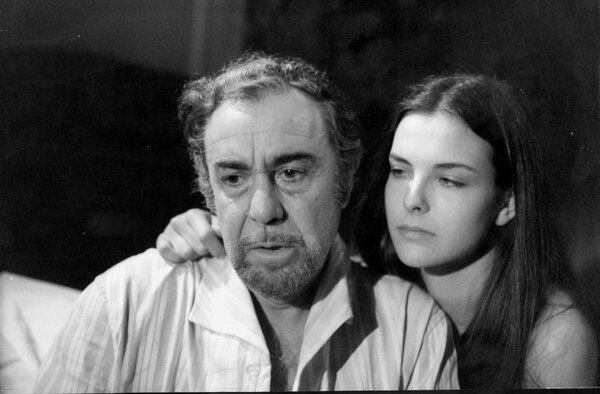 “Quite often the screenwriter has to guess what exactly the film is that the director wants to make,” Mr. Carrière told Interview magazine in 2015. “Sometimes the director doesn’t even know himself. You have to help him find the right thing. That was the case with Buñuel. At the beginning, he was looking around in many different directions, and finally when we went the right way, we felt it.”

Mr. Carrière also collaborated with other top filmmakers, including Jacques Deray (on the 1969 movie “The Swimming Pool” and more) and Louis Malle (on the 1967 film “The Thief of Paris” and others). In the 1970s one of his greatest successes was as a writer of Volker Schlondorff’s “The Tin Drum” (1979), which was adapted from the Günter Grass novel about a boy who, in the midst of the gathering chaos that led to World War II, decides not to grow up; it won the Oscar for best foreign-language film.

In the 1980s he wrote or co-wrote the screenplays for Daniel Vigne’s “The Return of Martin Guerre” (1982), Andrzej Wajda’s “Danton” (1983), Milos Forman’s “Valmont” (1989) and numerous other movies. Among the most recent of his more than 150 film and television credits were “The Artist and the Model,” a 2012 drama directed by Fernando Trueba, and “At Eternity’s Gate,” a 2018 film about Vincent van Gogh directed by Julian Schnabel.

In 2014 Mr. Carrière received an honorary Oscar for his body of work. The citation said that his “elegantly crafted screenplays elevate the art of screenwriting to the level of literature.”

With Mr. Brook he created “The Mahabharata,” a nine-hour stage version of the Sanskrit epic, which was staged at the Avignon Theater Festival in France in 1985 and then made into a film. He once wrote a book with the Dalai Lama (“The Power of Buddhism,” 1996). He wrote a novel called “Please, Mr. Einstein” that, as Dennis Overbye wrote in a 2006 review in The New York Times, “touches down lightly and charmingly on some of the thorniest philosophical consequences of Einstein’s genius and, by extension, the scientific preoccupations of the 20th century — the nature of reality, the fate of causality, the comprehensibility of nature, the limits of the mind.”

His was deliberately ever curious.

“People say I am very dispersed,” he told The Guardian in 1994. “But I say that to pass from one subject to another, from one country to another, is what keeps me alive, keeps me alert.”

Jean-Claude Carrière was born on Sept. 17, 1931, in Colombières-sur-Orb in southern France, into a family of vintners. As World War II was ending in 1945, his father, who had a heart condition that was making it difficult for him to work the land, took a job at a cousin’s cafe near Paris. There Jean-Claude had access to better schools and could indulge more fully in the passion for writing that had, as he put it, “imposed itself on me” since he was a young boy.

In his mid-20s he published a novel, “Le Lézard.” It caught the attention of the comic actor and director Jacques Tati, who provided Mr. Carrière with a sort of backward entry into his career: Mr. Tati hired him to write novels based on some of his movies. He also introduced him to the process of making and editing a film.

He and Mr. Étaix jointly wrote and directed “Happy Anniversary,” a comic short about a couple trying to celebrate their anniversary. Mr. Carrière was surprised by the Oscar.

His family background benefited him in his fateful meeting with Buñuel the next year.

“The first question he asked me when we sat down together at the table — and it’s not a light or frivolous question; the way he looked at me I sensed that it was a deep and important question — was, ‘Do you drink wine?’” he told Mr. Weiss.

“A negative response would have definitely disqualified me,” he continued. “So I said, ‘Not only do I drink wine, but I produce it. I’m from a family of vintners.’”

Their bond thus sealed, Buñuel and Mr. Carrière went on to collaborate not only on “Diary of a Chambermaid” but also on “Belle de Jour” (1967), “The Discreet Charm of the Bourgeoisie” (1972) and other films.

In 1971 Mr. Carrière was among the writers on Mr. Forman’s “Taking Off,” a comedy about parents searching for a runaway daughter that received good notices. The same was not true of the next Carrière-Forman partnership, a Broadway production of Mr. Carrière’s two-character play “The Little Black Book,” with Mr. Forman directing. When it opened in April 1972, Clive Barnes, reviewing in The Times, called it “a foolish little play without either wit or humanity.” It closed after seven performances.

His only other Broadway effort was better received. It was “La Tragedie de Carmen,” which he, Marius Constant and Mr. Brook adapted from the Bizet opera, with Mr. Brook directing. It opened in November 1983 and ran for 187 performances.

Mr. Carrière was nominated for writing Oscars for “The Discreet Charm of the Bourgeoisie,” “That Obscure Object of Desire” and “The Unbearable Lightness of Being.”

Information on survivors was not immediately available.

Mr. Brook once explained what made Mr. Carrière such an in-demand writer, whether the job was creating original material, adapting a novel or opera, or reining in an epic poem.

“Like a great actor, or a great cameraman, he adapts himself to different people he works with,” Mr. Brook told The Times in 1988. “He’s open to all shifts caused by the material changing, and yet he brings to it a very powerful and consistent point of view.”