James Bond is a British franchise behemoth, boasting multiple facelifts and reboots that manage to keep it current without losing the essence of what Bond is – a smooth AF secret agent, serial shagger and international man of mystery who almost always gets his guy. And girl come to that.

The last four instalments have seen “James Blond” Daniel Craig take on the mantle of 007, and now it’s been confirmed that he will return for a fifth.

This will be 25th in the James Bond series and news is rather scarce right now but we’ll keep this story updated regularly to make it your one-stop shop for everything you need to know about Bond, James Bond, 25.

Skyfall and Spectre director Sam Mendes has stated that he won’t be returning for another stint with Craig .

Various directors denied rumours that they were in the running, including Blade Runner 2049‘s Denis Villeneuve and Christopher Nolan, who “categorically” ruled himself out of the running on BBC Radio 4’s Desert Island Discs of all places.

Danny Boyle was rumoured to be the favourite to take charge, and that was finally confirmed. Unfortunately, a shock announcement by the producers has seen him leave the project.

They cite “creative differences” as the reason he’s leaving mere months before production was expected to begin, as cameras were expected to roll in December 2018.

In the hunt for a new director, it seems as if Joe Carnahan (The A-Team, The Grey) is ruling himself out!

Sadly for Carnahan, the producers have now announced that Cary Joji Fukunaga will take over as director on Bond 25. 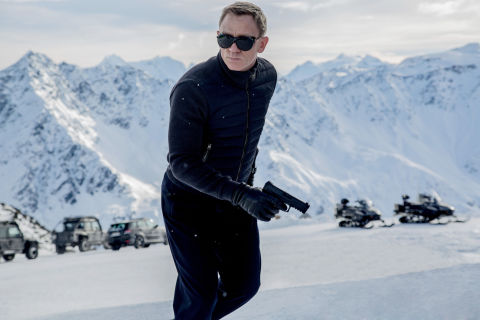 Following the departure of Boyle, it was reported that the movie would be delayed from its November 2019 release date.

That has turned out to be the case as along with the announcement of Fukunaga as director, producers confirmed that the movie will start filming at Pinewood Studios on March 4, 2019 ahead of a worldwide release date of February 14, 2020.

It’s not yet clear if there will be the traditional earlier release date in the UK.

The subject of whether Daniel Craig would return was wildly debated for what feels like FOREVER. But finally in August 2017 he announced on the late show that yes, he would be returning, saying, “We’ve been discussing it. We’ve just been trying to figure things out. I always wanted to, I needed a break.” 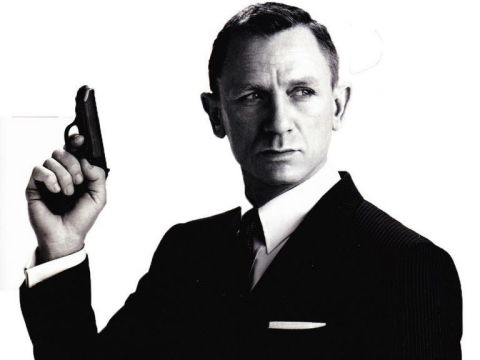 We’re glad he’s back but we must confess we hope this will be his last for various very good reasons.

For the sake of posterity, the scale of speculation began after the release of Spectre, in particular because of the slightly frazzled and much-reported comment from Daniel Craig that he’d “rather slash his wrists” than do another Bond and that it would “only be for the money”.

To be fair to Craig, that was in October 2015 (and no-one is going to let him forget it). Since then he attempted to smoothed the waters a little – a year later in October 2016 he said he has “the best job in the world”.

“It was the day after filming [stopped on Spectre],” he explained. “I’d been away from home for a year.

“As far as I’m concerned, I’ve got the best job in the world. I’ll keep doing it as long as I still get a kick out of it.” 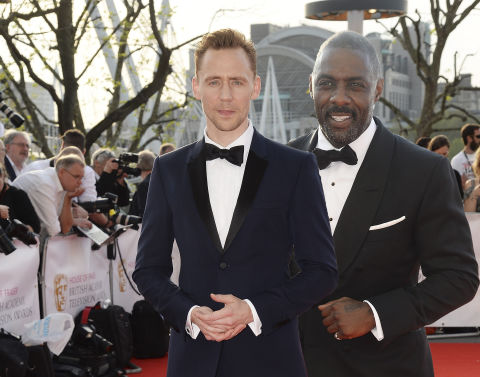 Other names bandied about were Idris Elba (and that fire has been massively stoked again recently), though he kind of ruled himself out saying “I’m too old for that” (we’re pretty sure he was joking, though). Tom Hiddleston, Aidan Turner, Damien Lewis and Tom Hardy. Better luck next time boys.

The 007 franchise is well known for its international locations so there’s almost as much excitement about where it’ll be shot as who’ll be in it. 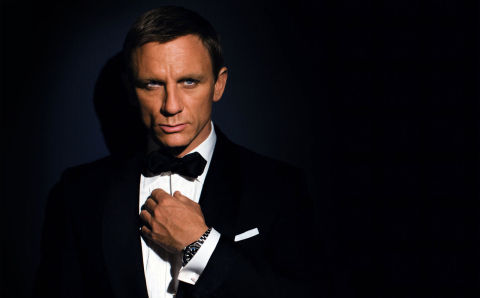 Early rumours have suggested that there’ll be a portion in Dubrovnik, Croatia – according to Portaloko (via MI6 HQ), the mayor of Dubrovnik said, “James Bond is in an advanced stage of negotiations”.

There will of course almost certainly be production at Pinewood studios, the home of James Bond.

It was reported that Bond 25 would be written by long-time 007 duo Neal Purvis and Robert Wade, who had come up with a treatment for the film before Boyle and his writing partner John Hodge – who left shortly after Boyle – came on board.

This has yet to be confirmed though, but it would make sense, unless Fukunaga decides to write it himself or bring a new writer on board.

Ok we don’t know what the plot is going to involve right now. But Associate producer Gregg Wilson has teased a little bit about how they might begin shaping the story.

“We’ve just begun to doodle with ideas for the next movie,” he told FilmWeb (via Birth Movies Death).

“Each script process begins when we ask ourselves the question: ‘What is the world afraid of now?’

“In the case of Spectre the theme was global monitoring and utilization of information. So now we are trying to find out what will be relevant in the coming years.” 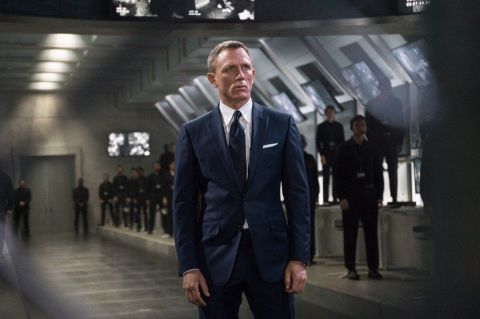 Although Wilson did not give any details as to what sort of new modern threats they were looking at, he did say they were planning to be more original with the character.

“We always want to do something new with the Bond character and see him in situations we have not seen him in the past,” he continued.

“We must give the audience something new every time… often it helps to go back to Ian Fleming’s novels for inspiration, whether you’re talking about grades or mood.” 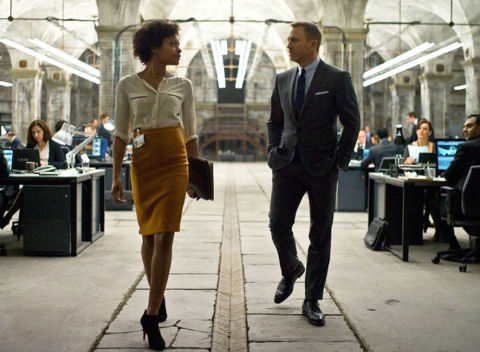 To be fair, nothing’s been officially announced so it’s all rather up in the air who exactly will and won’t return. Given that Craig is returning though, we’d expect him to be joined by regulars Naomie Harris as Moneypenny, Ralph Fiennes as M, Ben Whishaw as Q and Rory Kinnear as Tanner.

However, Kinnear isn’t 100% certain that he’ll be back. “Obviously a new director has come on board. When that script is finalised, then they’ll let me know,” he explained, adding that he would want to be in it as “they’re great films to be involved with”. 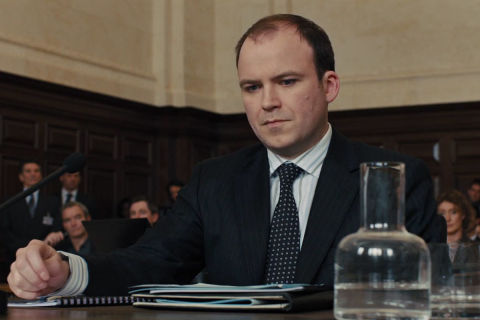 Christoph Waltz definitely won’t be back as Blofeld, and we don’t really expect a return of the recent Bond girls such as Lea Seydoux’s Madeleine. With Craig on board, we were expecting further casting announcements but Danny Boyle’s exit has thrown a rather large spanner into those works.

Digital Spy did recently learn that Mark Strong likely will not be involved in the film, in spite of rampant rumours. However, Jeffrey Wright has teased that Bond fans may not have seen the last of American CIA agent Felix Leiter, from Casino Royale and Quantum of Solace.

Before Boyle’s exit, Wonder Woman star Said Taghmaoui revealed that he had signed on be Bond 25‘s villain. “I was cast by Danny Boyle, and just now he left the project, so of course there’s some uncertainty,” he explained. 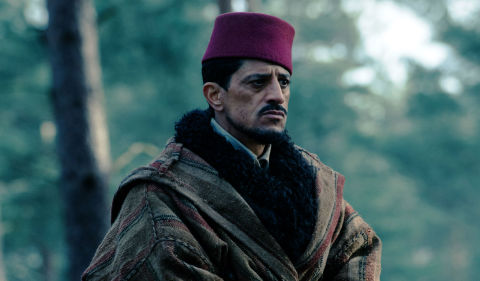 “We don’t know who the director will be, and the producers don’t know if they’re going to go Russian or Middle East with the baddie right now. I literally just received a message saying, ‘If they go Middle East, it’s you. If they go Russian, it’s someone else.'”

Dave Bautista isn’t ruling out a return for his Spectre villain Mr Hinx – who was dragged from a train but never shown dead – either.

“There was talk. I admit it, my hopes were really high. Not so much anymore. I realise that they’re well into Bond 25 – maybe into pre-production at this point – but I haven’t had any inclination that they plan on using me,” he told Digital Spy.

James Bond 25 will be released in cinemas on February 14, 2020. It’s not yet clear if there will be the traditional earlier release in the UK.