A Tamil gangster gets recruited to work for a British tycoon in this bloody crime drama. 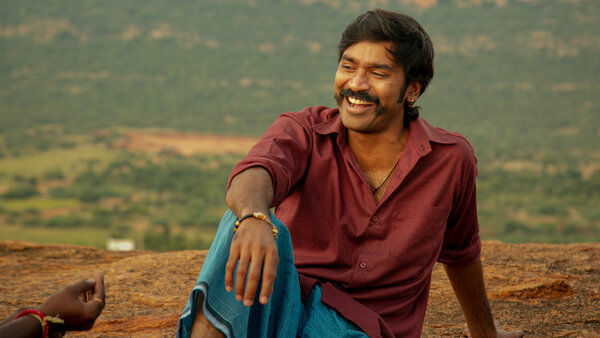 An intrepid gangster maneuvers between rival crime lords in the glossy drama “Jagame Thandhiram.” The movie (on Netflix) follows Suruli (Dhanush), whose merciless killing sprees earn him an invitation to serve under a wealthy British megalomaniac. Seduced by a big payday in pounds, Suruli uproots his life from Madurai to London and assures his new boss, Peter (James Cosmo), that no task is too vile.

Gore abounds, but the methods of violence vary flamboyantly. We see men and one woman killed by guns, slashing, a car explosion and a shovel to the head — all within the first 15 minutes. The story grows more compelling when Suruli learns that his London assignments will center on Peter’s foe, the Tamil crime lord Sivadoss (Joju George). Simultaneously, Suruli’s developing romance with the local singer Attilla (Aishwarya Lekshmi) helps to balance out the endless shootouts.

The director Karthik Subbaraj, who also wrote the screenplay, elevates the usual crime antics by drawing attention to language, and how it can be used as a weapon or a unifier. Suruli and Peter rely on a translator to communicate, though often tone alone — or “yes or no” ultimatums — are what carry meaning. Conversely, Suruli’s encounters with Sivadoss’s gang hinge on the nuances of their shared Tamil language and culture.

Yet for the most part, bloody action dominates. A subplot concerning immigration law is vastly oversimplified, and Suruli’s arc to becoming a semi-good guy seems dubious in the wake of his unrelenting recklessness and brutality. Some moments feel fresh, but the movie’s patterns are familiar: scheme, slaughter, repeat.