Just try to imagine Independence Day without that rousing speech from Bill Pullman’s President Whitmore. The moment when Pullman’s character takes to the stage to rally the troops for the fight against a bunch of aliens bent on destroying the planet is one of the movie’s emotional high points. But originally, the team behind the 1996 Will Smith blockbuster envisioned another actor playing the president.

Kevin Spacey was almost part of the ‘Independence Day’ cast 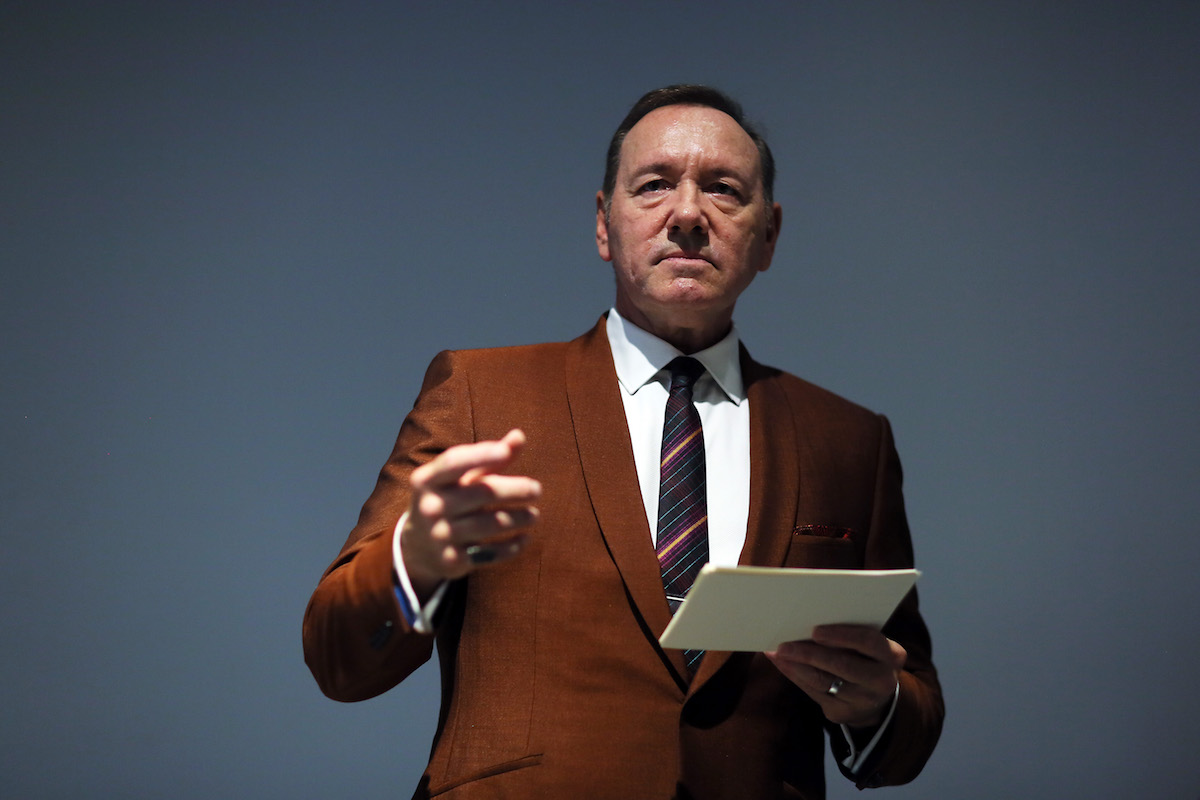 Director Roland Emmerich, writer Dean Devlin, and others involved in the hit movie chatted with The Hollywood Reporter for an oral history of Independence Day. Devlin revealed that the original idea was to portray the president as a villain. And they knew exactly who they wanted for the role: Kevin Spacey

“I knew Kevin since high school,” Devlin said. “We had just seen The Usual Suspects, an early cut. The original idea was to portray the president as a villain, and it was going to be a twist that he’s heroic when he gets in the plane [at the end of the movie]. That’s why we were pushing for Kevin Spacey.”

Devlin said they urged the studio to cast Spacey, arguing that they could get him for a relatively low salary.

“At one point we said, ‘We can get Kevin for $200K right now. In a year from now he’s going to win an Oscar and he’s going to [cost] $2 million,’” Devlin shared. “The studio executive said, ‘Kevin Spacey will never win an Oscar in my lifetime.’”

Spacey won an Oscar in 1996 for playing Verbal Kint (aka Keyser Söze) in The Usual Suspects.

Once Bill Pullman got the part, ‘it changed the whole character’

Spacey didn’t end up with the plum role in Independence Day. Instead, Spaceballs actor Bill Pullman got the part.

“I’d heard it was a science-fiction movie,” Pullman told The Hollywood Reporter. “There were some rumblings about the part of the president. I remember thinking, ‘That sounds like the heavy lifting.’ I had no idea whether the movie would come together or what kind of response it would get.”

Devlin shared that casting Pullman ultimately changed a key aspect of the film.

“Once the decision came to go with Bill Pullman, it changed the whole character,” he recalled. “I like it much better — making [the president] a guy who is trying to do well but [also] trying to compromise.”

President Whitmore’s inspirational speech is one of Independence Day’s most memorable moments. To get it right, Pullman looked to a famous speech Robert Kennedy delivered just after learning of Martin Luther King Jr.’s assasination.

“I had a collection of CDs called 100 Great Speeches,” the actor said. “The one that really shook me was Robert Kennedy’s speech, which he gave after he found out Martin Luther King was dead. It was extemporaneous. I think he had heard just minutes before. What composure.”

Whitmore’s speech ends with a nod to a famous poem by Dylan Thomas — and the line that would give the movie its title. Devlin originally wrote the speech as a placeholder, thinking he’d go back and revise it later, but that never happened. He added the final line, a reference to Independence Day, at the last minute, hoping that including it would convince the studio not to go with their preferred title: Doomsday.

“We were in the middle of a war with the studio over the title, because the studio wanted to name the film Doomsday,” Devlin said. “So I ran in and said, ‘Change the last line to, ‘Today, we celebrate our Independence Day.’ That’s the only change to the speech that happened.”