How Many 'Starts' Does Awards Season Really Need?

The Hollywood Film Awards, which took place on Sunday evening at the Beverly Hilton Hotel, is a shindig that TheWrap tends to ignore. But it’s also “the official launch of awards season.” I know that because on the HFA website, there’s a ® mark next to that phrase. And it couldn’t have a registered trademark that wasn’t true, right?

The thing is, I was at the Academy’s Governors Awards, an event we do cover, a week before the HFA. And in his speech, Academy president David Rubin said that his show was the beginning of awards season. So who should I trust? I mean, the HFA has that ®, but the Academy is pretty much the whole reason why an awards season even exists, so shouldn’t they get to decide when it starts?

But I’ve made up my own mind on this one: Both of them are lying. By the time the Governors Awards rolled around on Oct. 27, we’d already had BAFTA Los Angeles’ Britannia Awards, the American Society of Cinematographers’ Student Heritage Awards and the Student Academy Awards, plus the nominations for the Gotham Awards, the IDA Documentary Awards and the Critics’ Choice Documentary Awards.

By the time the Hollywood Film Awards took place, nominations had been announced by the British Independent Film Awards, voting had begun in the Writers Guild Awards’ TV series categories, Oscar voters in the Best International Feature Film category had already seen 38 of the contending films at Academy screenings, and voters in the Documentary Branch of the Academy had already been given access to 154 screening links of eligible films.

More to the point, people had been buzzing about and handicapping potential Oscar films for months: “The Irishman” since the New York Film Festival in late September, “Jojo Rabbit” since the Toronto Film Festival earlier that month, “Marriage Story” since the Venice Film Festival in August, “Once Upon a Time in Hollywood” and “Parasite” since their premieres in Cannes in May.

Plus, directors, producers, actors and others who worked on those films have been making the rounds of parties, premieres and interview suites for months.

But here’s one thing we do know: The official end of awards season, trademarked or not, will be on the evening of February 9,  just after the Oscars hand out the Best Picture award.

And by that point, of course, we’ll have already seen the unofficial launch of Emmy season. 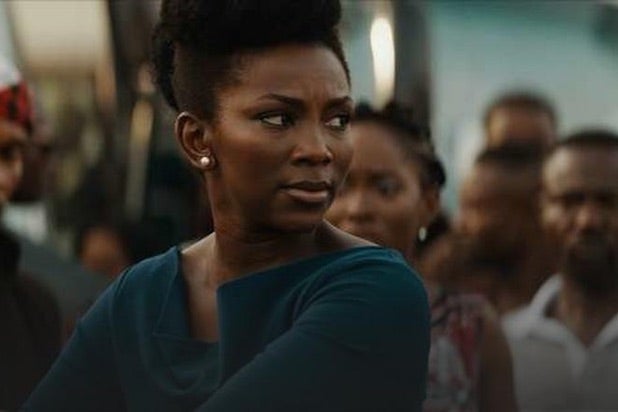 This week’s awards tempest in a teapot is over the Academy’s disqualification of Nigeria’s first-ever submission to the international-feature category, which until this year was the Best Foreign Language Film category. I wrote about this at some length on Tuesday, but maybe it’s worth reiterating that Nigeria is free to submit films that aren’t in English, just as the U.K., Ireland and Australia are (and do).

And it’s odd that the Nigerian selection committee describes the disqualification as “eye-opening,” since the Academy’s announcement of the category name change included these lines (emphasis mine):

“The category name change does not change any existing category rules, the submission process, or eligibility requirements. An international feature film is defined as a feature-length motion picture produced outside the United States of America with a predominantly non-English dialogue track.“

The Nigerian committee not only agreed to those rules, which were reiterated in conversations with the Academy, it signed a paper saying that it agreed to them.

One would think it shouldn’t have taken a disqualification to open their eyes.

51 Movies With A+ CinemaScore Since 2000, From 'Remember the Titans' to 'Harriet' (Photos)

These movies were big, big hits with audiences surveyed on opening weekend