Here's why Mission: Impossible 2 is, in fact, the most important film of the century so far

In the 22 years since it launched, the Mission: Impossible movie franchise has become an absolute powerhouse, earning more than $3.5 billion worldwide. The latest entry in the series, Fallout, was also nominated by many critics as the best instalment to date.

But if there’s a black sheep in the generally well-regarded M:I family, it’s 2000’s Mission: Impossible 2. Directed by John Woo, it holds an approval rating of just 57% on Rotten Tomatoes, with Variety calling it “flashy” but “empty” and Newsweek branding it “a slick, expensive, bullet-ridden thriller that is oddly dull”.

Now, to paraphrase Limp Bizkit, we know why they wanna hate it. The criticisms of the movie are pretty fair – it’s a lot of brainless, adolescent fun, but has zero depth and is ridiculously overblown even by Mission: Impossible standards. (Remarkably, Woo’s original cut allegedly ran to three and a half hours.) 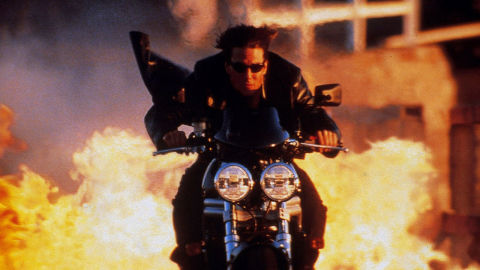 But for all its flaws, M:I-2 is actually the most important of the films to star Tom Cruise as agent Ethan Hunt. In fact, it’s one of the most significant movies of the century so far.

How exactly, we hear you ask?

It’s all got to do with the film’s shoot, and how it overran way past original expectations.

Dougray Scott, who delivers a spectacularly hammy turn as M:I-2‘s villain, rogue ex-IMF agent Sean Ambrose, was originally cast as Wolverine in 2000’s X-Men. But when filming on Mission: Impossible 2 ran long for a variety of reasons, including Scott sustaining a shoulder injury in a motorcycle accident, 20th Century Fox was forced to consider a recast.

“While Par[amount] and Fox brass have been trying to juggle schedules to get Scott free to join X-Men helmer Bryan Singer and his star-studded ensemble, it’s too big a movie and too big a role for Fox to be uncertain any longer,” Variety wrote on October 7, 1999. 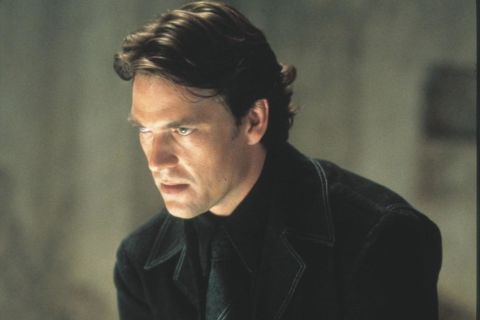 “They need Scott in the Wolverine suit by Oct 18 and if that can’t be guaranteed, Fox will recast by week’s end.”

Sure enough, Scott wasn’t available in time to meet X-Men‘s schedule and was replaced by Hugh Jackman, a relatively unknown Australian actor who’d just taken the lead role in the film Paperback Hero. “I was about to do [X-Men], and then the movie that I was doing at the time just overran, so I couldn’t do it in the end,” Scott confirmed last year.

Just think… without Mission: Impossible 2 and its difficult production, Hugh Jackman might never have been a thing. It’s impossible to judge, of course, whether the X-Men franchise would’ve been as successful with Scott as Wolverine, but if he’d been denied his breakthrough – not to say career-defining – role, we’d almost certainly never have seen Jackman in The Prestige or Les Misérables or The Greatest Showman. 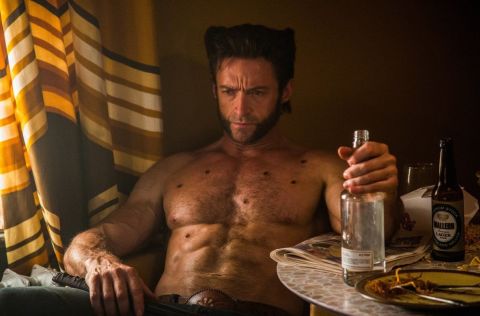 Now X-Men *might* have worked with Scott in place of his breakout-star replacement Jackman. But it might not. Without the success of X-Men, most critics agree, the superhero genre might not have taken off to the extent that it has. No X-Men, no Spider-Man. No Spider-Man, No Iron Man. No Iron Man, no MCU.

But that’s only the start of it, because Dougray Scott wasn’t the only actor affected by M:I-2‘s shoddy timekeeping.

Thandie Newton – now an Emmy winner for Westworld – played the rather thankless role of ‘Hunt girl’ Nyah Nordoff-Hall in the film, with her next project set as 2000’s Charlie’s Angels.

Newton had all but put pen to paper on a contract that would see her join Cameron Diaz and Drew Barrymore in the movie reboot. But at the last minute, she got cold feet, pulled out, and was replaced by Lucy Liu. 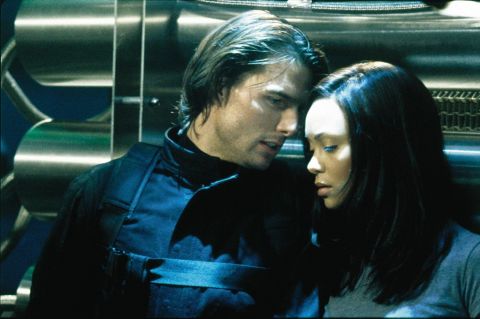 “I was going to do it for about 24 hours,” she told the Daily Express in 2008. “But then I woke up and it just didn’t feel right. I’d been away from home for nine months [filming Mission: Impossible II] and it would have meant another six months away.”

Newton’s reluctance to launch herself into another major movie project is understandable when you consider that the over-running M:I-2 only wrapped filming on December 15, 1999, with Charlie’s Angels gearing up for its first day of production less than a month later, on January 10, 2000.

Believe it or not, though, the film’s impact was almost even more tremendous. Sir Anthony Hopkins, later Newton’s Westworld cast-mate, also appeared in M:I-2 as Ethan Hunt’s smooth-talking superior Swanbeck… a part that was originally offered to Sir Ian McKellen. 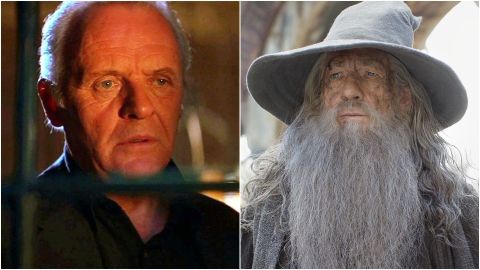 McKellen turned the role down, due to a prior theatre engagement in London, but if he’d accepted, M:I-2‘s costly overruns would’ve prevented him, like Dougray Scott, from participating in the first X-Men film. No McKellen as Magneto? Unthinkable.

It gets worse! Had McKellen played Swanbeck, the film’s shoot might also have clashed with his commitment to The Lord of the Rings, which began filming in October 1999. Happily, we never had to live in a world without McKellen as Gandalf… but just imagine.

So there you have it: Mission: Impossible 2 might be considered the least notable entry in its own franchise, but it disrupted two other film series and very nearly transformed a third. Fallout might be a no-holds-barred, adrenaline-fuelled thrill ride, but it can’t say that.