Like London buses, we’ve now got a second Hellboy poster to follow up the first official one last week.

David Harbour’s take on the crimson hero is still front-and-centre on the new poster, but it also gives us the first look at the movie’s villains, including Milla Jovovich’s Blood Queen.

During the New York Comic Con panel for the reboot, a two-minute sizzle reel was shown to a huge reaction from the crowd, but according to Harbour, it won’t be released online (via The Hollywood Reporter).

The footage teased Hellboy’s uneasy relationship with the Bureau for Paranormal Research and Defence. “I thought we were supposed to be fighting monsters, not working with them,” Major Daimio noted at one point. 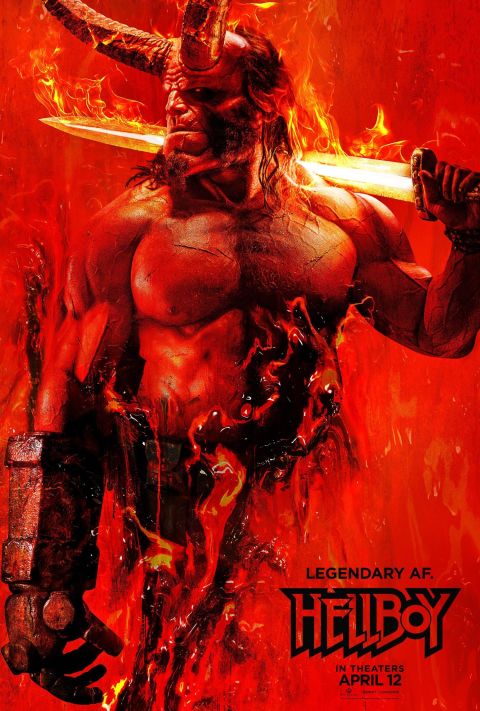 As for the movie itself, Harbour pointed out that it has a “completely different feel” to Guillermo del Toro’s previous two movies. “I want to get to the core of Mike’s stuff, which to me is horror, even an existential kind of horror,” he explained.

It was recently confirmed that Neil Marshall’s Hellboy reboot has been pushed back by three months, so we’ll have to wait a bit longer to see if Harbour’s comments pan out.