Quidditch is an important part of the world of the Harry Potter series, with it being most popular sport amongst witches and wizards, with a World Cup being held every four years.

The rules of the game involve scoring points, with typical goals being worth 10 points each, while catching the golden snitch nets your team 150 points. Catching the snitch instantly ends the game, and apparently one match lasted for three months because no-one managed to catch the little bugger.

One fan had the bravery to tweet JK Rowling to say that the rules of the game don’t make sense, and she responded to that it absolutely does.

“It makes total sense,” she tweeted. “There’s glamour in chasing an elusive lucky break, but teamwork and persistence can still win the day.

“Everyone’s vulnerable to blows of fate and obstructive people, and success means rising above them. Quidditch is the human condition. You’re welcome.” 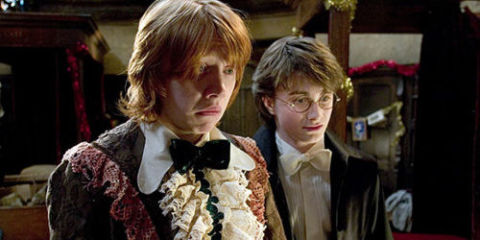 Rowling has been busy expanding (or ruining, in some people’s view) the Potter world with The Cursed Child and The Fantastic Beasts films.

The author recently responded to the backlash over the revelation that Voldemort’s snake Nagini was a woman of colour who is transformed into the pet of the whitest white guy you could ever imagine.

Fantastic Beasts: The Crimes of Grindelwald will be released in UK and US cinemas on November 16, 2018.