Research is key, but the most recent actor to play Michael Myers in the Halloween franchise went that extra mile by getting some killing tips from an actual murderer.

Speaking to Vanity Fair, actor James Jude Courtney revealed that he actually lived with a hitman, and after watching the film The Hit List together, he said: “Jimmy, it’s a really nice movie, but that’s not how you kill people.”

His curiosity raised, Courtney then asked him to elaborate on his technique, and the professional killer proceeded to demonstrate. What a lovely evening.

Courtney then explained how the hitman’s words influenced his performance in Halloween.

“There’s a stealth efficiency to the way an actual trained killer works. Movies tend to dilute that quality with dramatic pauses and dialogue, which a true predator would never waste time doing. That efficiency is what I took to the part of Michael Myers,” he said.

So if at any point during the film you think, ‘Wow, this Michael Myers doesn’t mess about’, or, ‘Damn, if someone was going to kill me, I reckon this is exactly how it would happen’, it’s because the man behind the mask had some expert advice. 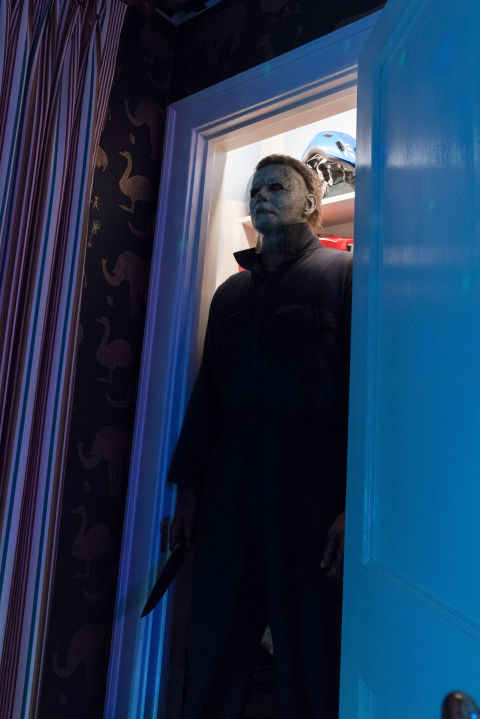 Perhaps that’s why co-star Danny McBride got so spooked by him the first time he saw him on set.

Halloween is in cinemas now, and you can check out our review here.