With just one line of dialogue, Halloween – the 11th movie in the franchise – wipes out the previous nine movies, stripping the series back to its basics. It’s the best decision they could have made.

No longer is Michael Myers (Nick Castle and James Jude Courtney) the brother of Laurie Strode (Jamie Lee Curtis), intent on killing off all of his relatives. Gone is the endless, convoluted back story. Instead, he’s back to the remorseless and unstoppable killing machine who has terrified us since 1978 and, in a clever subversion, it’s Laurie who can’t let Myers go.

In this new, alternate Halloween timeline, Myers is captured by police shortly after his original killing spree and has spent the last 40 years at Smith’s Grove Sanitarium. In that time, Laurie has been suffering from PTSD and has been obsessed with preparing for Myers’s return, something that has affected not just Laurie, but her relationships with her daughter Karen (Judy Greer) and granddaughter Allyson (Andi Matichak).

When the movie opens, Myers is about to be transferred to maximum-security facility Glass Hill and before you can say, ‘That’s a terrible idea’, Myers gets loose to set the stage for a showdown four decades in the making. 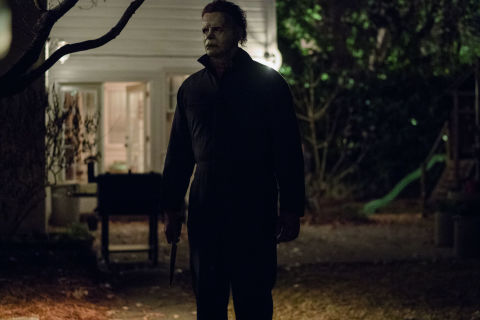 What’s immediately obvious about David Gordon Green’s new take on Halloween – co-written by the director with Danny McBride and Jeff Fradley – is that it’s been made by dedicated fans of John Carpenter’s seminal classic.

Halloween is packed full of references and throwbacks to the original that will delight fans, crucially without alienating newcomers. From the long unbroken takes and THAT score to unfortunate babysitters and ominous closets, it knows exactly why Carpenter’s movie was so effective and lovingly replicates it.

But this isn’t a remake. In its exploration of PTSD, it offers a fascinating glimpse into how a major event can have an impact on every aspect of a victim’s life. Returning to her star-making role for the first time since Halloween: Resurrection, Jamie Lee Curtis is absolutely terrific and offers a layered performance that’s not just a kick-ass Final Girl.

She’s ably supported by Judy Greer and newcomer Andi Matichak as three generations of Strode women take on the Boogeyman. There are times when you think Halloween is going down a conventional route before it subtly shifts expectations, with Greer especially getting the chance to subvert her more recent roles (in the likes of Ant-Man and Jurassic World) of antagonistic wife and mother.

Perhaps the most pleasing thing about the movie is that while the body count and gore level are higher than the original, Halloween is anything-but a modern-day slasher and feels like it could have come out shortly after the first movie. The pacing is measured and the story isn’t there merely to get you to the next slaughter of disposable teens.

That’s not to say it’s lacking in inventive and well-staged deaths. In taking Myers back to his roots, The Shape is as terrifying as he’s been in decades, indiscriminately killing anyone who gets into his path. One death in particular could almost be a homage to Doctor Who‘s Weeping Angels, while the final third is a relentless march of violence towards an incredibly tense showdown that delivers several crowd-pleasing beats. 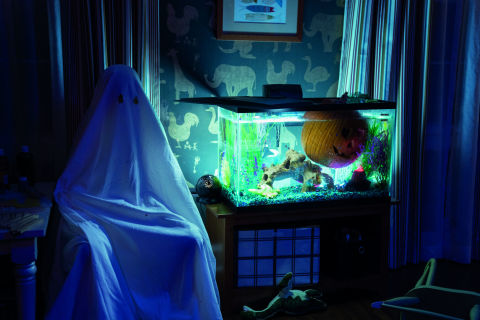 It’s only really let down by one signposted and needless twist that, thankfully, doesn’t linger too long and can be forgiven in the context of everything that’s right about Halloween.

Wiping out four decades of history and reimagining Michael Myers’s twisted connection to Laurie Strode was never a sure thing. But with Halloween, Green and his co-writers have come up with a terrific slasher that could have just as much impact on a new generation as the original did back in 1978. It’s that good.

Halloween is released in UK and US cinemas on October 19.