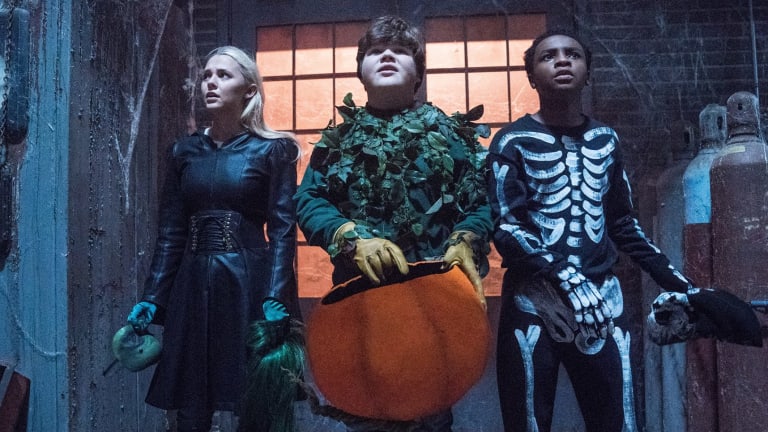 "I expected more," said a small boy sitting behind me, as the credits rolled at the public preview screening of Goosebumps 2: Haunted Halloween. And who could blame him? This lacklustre sequel to the 2015 hit Goosebumps hardly has enough jokes to qualify as a comedy, which leaves it stranded in the netherworld of near-horror, aimed at children supposedly not yet ready for the real thing. 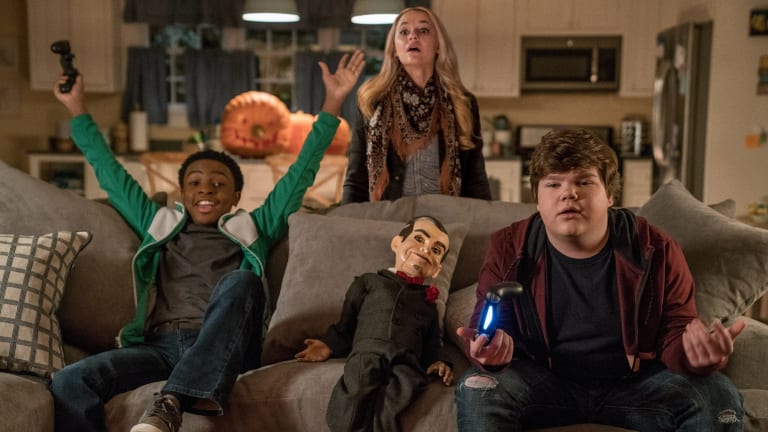 R.L. Stine's Goosebumps books have been staples of school libraries since the 1990s; the films are not just adaptations but direct advertisements for their source material, suggesting Stine's imagination is so powerful his creations literally leap off the page into the real world.

This time around, the task of corralling the escapees falls to young Sonny (Jeremy Ray Taylor), a precocious budding scientist from Long Island whose experiments with wireless electricity follow the trail blazed by his hero Nikolai Tesla.

Sadly, director Ari Sandel and his team don't have the same gift for thinking out of the box. As in the first Goosebumps film, the main representative of evil is the charmless series mascot Slappy (voiced by Mick Wingert), a sneering ventriloquist's dummy in a natty charcoal suit.

Discovered in an abandoned house along with an unpublished Stine manuscript, Slappy springs to life over Halloween weekend to the mild surprise of Sonny, his older sister Sarah (Madison Iseman) and his best friend Sam (Caleel Harris).

There's a possible metaphor here, if you're the kind of viewer on the lookout for metaphors. Slappy resembles a demanding newborn baby, insisting on his place in the family and imposing his will on Sonny and Sarah's mother (Wendi McLendon-Covey) in the film's most genuinely disturbing image.

But the theme of family conflict is barely followed through: the climax is all gaudy special effects, pitting the young heroes against an army of menacing but non-lethal Halloween decorations such as Jack-O'-lanterns and glow-in-the-dark witches.

Sandel stages all this with less visual flair than you might hope, while the performances are mostly routine. Jack Black, who starred in the first Goosebumps film as Stine, turns up at the last moment but doesn't seem inclined to do more than the minimum his contract requires.

Haunted Halloween is haunted by memories of the films Steven Spielberg and his associates used to make in the 1980s, such as E.T. or The Goonies: fantastical adventures set against the backdrop of American suburbia.

Truth be told, not all these films deserve to be viewed as timeless classics, but unlike Haunted Halloween, they prove it's possible to aim for "family entertainment" without leaving artistic ambition behind. One lesson Sandel could have learnt from Spielberg, is that kids aren't always scared to be scared.