Frozen 2 landed in cinemas last November, six years after the original came out. But, while US fans will be able to get their hands on the stream, those in the UK have a long wait ahead. A message on Disney+ reads: “Due to other existing agreements, this title will be available on July 17, 2020.”

But fear not, Frozen fans, the second film will be available to buy on DVD and Blu-ray from March 30.

Elsewhere, Disney+ subscribers in the US are being treated to the early arrival of Frozen 2 on the streaming service.

Disney bosses decided to bring forward the release to coincide with the DVD and Blu-ray release amid the ongoing coronavirus crisis.

“Frozen 2 has captivated audiences around the world through its powerful themes of perseverance and the importance of family, messages that are incredibly relevant during this time,” Disney CEO Bob Chapek said in a statement. 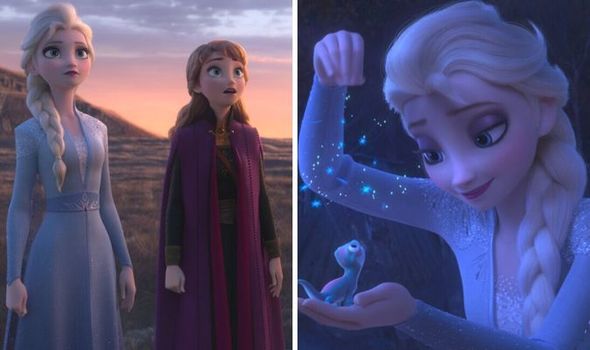 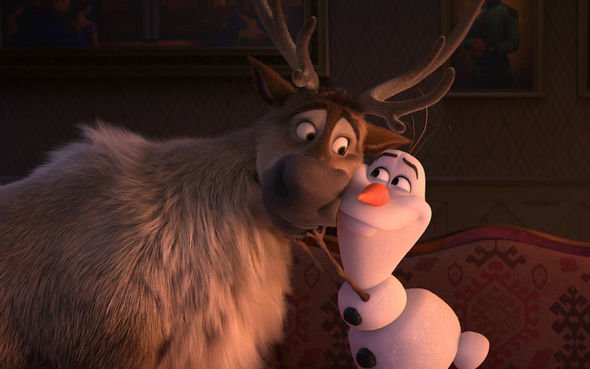 “We are pleased to be able to share this heartwarming story early with our Disney+ subscribers to enjoy at home on any device.”

He said the company were pleased to be “surprising families with some fun and joy during this challenging period”.

Frozen 2 followed Elsa’s [voiced by Idina Menzel] journey as she continued to explore her identity.

In the sequel, she searched for the source of her magical powers, embarking on an adventure into the Enchanted Forest. 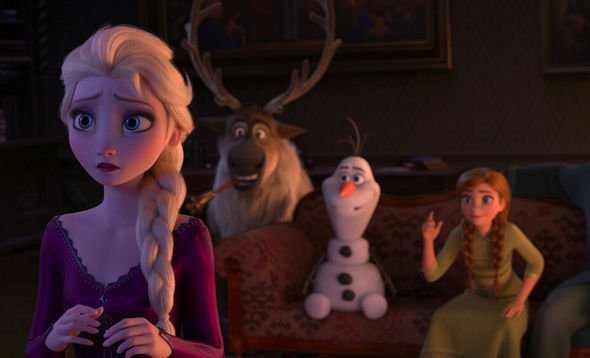 She was, of course, accompanied by her sister Anna [Kristin Bell], Kristoff (Jonathan Groff), Sven and Olaf (Josh Gad).

One thing which was noticeably absent from Frozen 2 was, again, any love interest for Elsa.

Having become an overnight LGBTQ+ icon following Let It Go in the first film, Elsa’s fans made #GiveElsaAGirlfriend go viral in 2016.

But despite the calls for Elsa’s sexuality to be addressed in the sequel, the directors decided to leave it out of the story and focus instead on her identity in terms of her powers.

Frozen 3: Is there a sequel to Frozen 2? Will Elsa have a GIRLFRIEND? [ANALYSIS]

Frozen 3: ANOTHER sequel lined up? Director cryptic after Frozen 2 [INTERVIEW]

In a previous interview with Entertainment Tonight, director Jennifer Lee explained how she and her co-director Chris Buck had done personality tests for all the characters and learned Elsa wasn’t ready for a relationship.

“She’s carrying a lot of pressure and the weight of her kingdom on her shoulders and struggling with this call for her powers,” the filmmaker said. “That’s where she was, so for us, it really hadn’t come up in terms of what fit with where the story was going again.

“And we knew the end we wanted for her,” she continued. “So it [giving Elsa a romantic partner] just didn’t fit with where she was in her life.”

Menzel, meanwhile, has emphasised that romantic love was not the priority for Elsa at this juncture in her life.

“What’s important to realise is that it’s not about romantic love — she’s never been about that,” the actress told Refinery29.

“In these fins, the most powerful thing is that she’s always trying to find and build the love inside for herself.

“She doesn’t need a man to complete her in any way, and that focus isn’t there,” she added.

Disney+ UK launched today and is available for £5.99 per month or as an annual subscription for £59.99.