From Stage to Screen: 5 Shows That Got It Right (And 5 That Didn’t)

“Cabaret” and “Cats” are pretty much acknowledged as the zenith and nadir of movie musical adaptations. But “Cabaret” is so excellent, and “Cats” so execrable, that neither tells us much about what went right or wrong with the process. The same goes for play adaptations: “Chimes at Midnight” (1965) stands proudly next to any stage rendition of Shakespeare — and “Gnomeo and Juliet” (2011) doesn’t. Below, an opinionated guide from theater experts to the cinematic successes and failures that can still show Hollywood how it ought (and ought not) to be done.

How To Succeed in Business Without Really Trying (1967)

You could say that Hollywood did its usual chop-shop job with this adaptation, losing some songs from the 1961 musical. But the screen version did retain a key element: the show’s biting satirical edge. Mostly this has to do with letting Robert Morse reprise his role, never a given for Broadway stars. Playing a ruthless arriviste in naïf clothing, Morse has a manic, unhinged edge and his performance remains sui generis decades later. (Amazon Prime Video.) ELISABETH VINCENTELLI 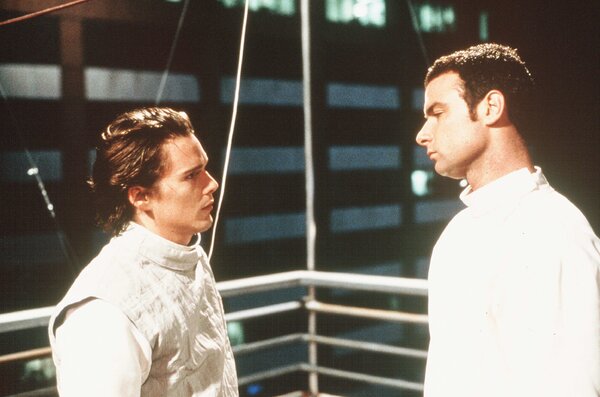 Setting this rendition in contemporary New York was more than window dressing for the director Michael Almereyda: The play’s discourse about the impossibility of communication and love in an age of suspicion and uncertainty comes to vivid life. The mind of Julia Stiles’s Ophelia spirals out of control at the Guggenheim Museum, and Ethan Hawke delivers “To be or not to be” in a Blockbuster, muttering in front of video tapes and Pringles. It’s a startling visualization of anomie, and 20 years later the scene points to modernity’s fruitless race against obsolescence. (CBS All Access.) ELISABETH VINCENTELLI

Philip Seymour Hoffman made his film-directing debut with this emotionally layered romantic dramedy. Adapted by Bob Glaudini from his play, it stars Hoffman as the scruffy title character; John Ortiz and Daphne Rubin-Vega as Jack’s long-coupled friends; and Amy Ryan as the endearing oddball they set him up with. All but Ryan were in Labyrinth Theater Company’s 2007 Off Broadway production, and their ensemble chemistry is as superb as this movie’s feel for New York City. (Available to rent on Amazon Prime Video.) LAURA COLLINS-HUGHES

Shakespeare’s tragedies do fine on film, at least in capturing bravura performances. But the comedies, so dependent on the acrobatic joy of words, tend to freeze up and land badly. One great exception: Joss Whedon’s transplant of “Much Ado” from Sicily to Santa Monica. The black-and-white photography and the lack of bigfoot stars keep the focus on the language instead of the froufrou; it’s as funny, and therefore as moving, as the best stage productions. (HBO.) JESSE GREEN

Spike Lee used 10 cameras to capture Antoinette Nwandu’s viscerally urgent play onstage in Chicago: the story of Moses (Jon Michael Hill) and Kitch (Julian Parker), two spirited young Black men whose lives are threatened and dreams constrained by police violence and more insidious forms of racism. Lee’s audience was, by design, mostly Black and local — and the depth of feeling their presence brings to the film shows that it matters who gets to be in the room. (Amazon Prime Video.) LAURA COLLINS-HUGHES

Hollywood had a tin ear when it came to the stars it chose for midcentury musical adaptations, consistently replacing original, oddball talents suited to their roles with overpolished, synthetic ones who weren’t. But switching out the thoughtful, husky-voiced Tammy Grimes for that honeyed ham Debbie Reynolds (with a stop along the way at Shirley MacLaine) was only part of what turned this lightweight, tuneful musical into the garish, galumphing onscreen mess sometimes known as “The Unthinkable Molly Brown.” (Available to rent on Amazon Prime Video.) JESSE GREEN

It’s no great loss that “Mame” became a terrible movie; it wasn’t that good to begin with. But “A Little Night Music” is a perfect musical, with its Stephen Sondheim score and its baked-in Bergmanesque melancholy. Both were butchered in this adaptation, first by casting a terrible singer — Elizabeth Taylor — in the lead, then by dumping the twilight Swedish setting in favor of schmaltzy Austria. Sometimes opening up a stage property is more like tearing it down. (Available on DVD.) JESSE GREEN

Despite being co-adapted by its author, Yasmina Reza, Roman Polanski’s take on the hit play “God of Carnage” is startlingly heavy-handed. From a title shortened to the banal “Carnage” to the heightening of every line reading into cartoonland — Christoph Waltz is particularly egregious — Reza’s witty satire is defanged. Polanski drew all the wrong lessons from the experience; two years later he made a garish French language adaptation of David Ives’ “Venus in Fur.” (Amazon Prime Video.) ELISABETH VINCENTELLI

It’s hard to find more self-conscious star turns than in the movie version of Tracy Letts’s sprawling family drama. It’s as if the director John Wells left the cast members to their own devices and they all resorted to their worst tricks. The biggest offender is Meryl Streep, who takes a treacherous role (a drug-addicted tyrannical matriarch with an Oklahoma accent) and delivers a sizzle reel of hammy overacting. A spot in the Camp Hall of Fame awaits. (Available to rent on Amazon Prime Video.) ELISABETH VINCENTELLI

Riz Ahmed nearly steals this adaptation of David Harrower’s incendiary “Blackbird” as Scott, the cocky young warehouse co-worker of Ray (Ben Mendelsohn), a sex offender whose life is interrupted by the reappearance of Una (Rooney Mara), the girl he abused 15 years earlier. Wait a second: I saw Jeff Daniels and Michelle Williams in “Blackbird” on Broadway, and there was no co-worker named Scott. Also: no flashbacks to a young Una and no corporate downsizing subplot. Based on Harrower’s screenplay and stylishly directed by Benedict Andrews, “Una” isn’t a bad movie. But with operatic material like this, opening up the drama defeats the purpose. “Blackbird” simmers, then explodes. “Una” is merely effective. (On Netflix and Amazon Prime Video.) SCOTT HELLER