As much as there’s excitement for the impending release of Fantastic Beasts: The Crimes of Grindelwald, there’s apprehension, too – and not just over the casting decisions.

As well-versed Potter fans will know, Albus Percival Wulfric Brian Dumbledore is canonically gay, but any direct or obvious reference to his sexuality is yet to appear in the films.

Although Fantastic Beasts 2 WILL explore the great wizard’s relationship with Gellert Grindelwald, director David Yates remains unclear over how it will be addressed. 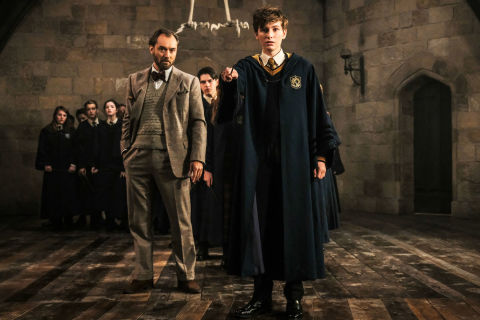 Despite initially suggesting Dumbledore and Grindelwald would have more of an implicit relationship, Yates has since backtracked and promised that the characters’ sexuality will be “clear in what you see”.

So, what does one-half of the relationship think about Yates’ somewhat subtextual approach?

Speaking to Entertainment Weekly ahead of the sequel’s release, Johnny Depp acknowledged that Dumbledore and Grindelwald clearly “loved” and “cared” for each other, but argued the ambiguity of their relationship made their situation “all the more intense”. 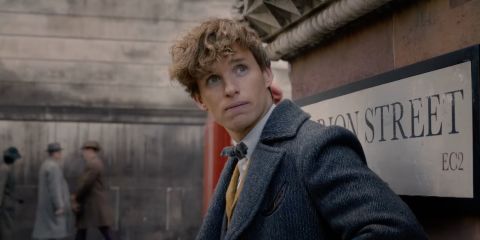 “When you loved someone, and cared for someone, and it arrives into a [combative] arena — as it has with Dumbledore and Grindelwald — it’s very dangerous when it becomes personal,” he said.

Before hinting at a “ferocious” rivalry between the two wizards, Depp added: “I think it should be left up to the audience to feel it first, and when the time comes…

“It makes the situation with Dum­bledore all the more intense.”

Offering his take on Grindelwald’s feelings towards Dumbledore, Depp continued: “I think there’s a jealousy with Scamander. He sees Scamander as Dumbledore’s protégé — his boy, in a way.

“That in itself is enough for Grindelwald to want to take Scamander down in a way that is ferocious and eternal.”

Fantastic Beasts: The Crimes of Grindelwald is set for release on November 16.