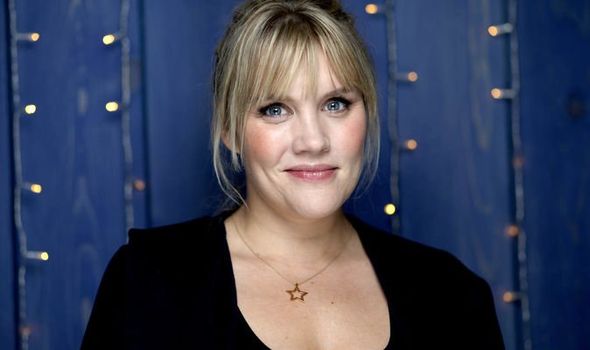 Home may have been with the smart set in London’s Chelsea, where family pals included Sirs Elton John and Andrew Lloyd Webber, and the Delevingne sisters, Poppy and Cara, were firmly in her circle. But despite the silver spoon, the actor, writer and director, loved for her roles in BBC’s Call The Midwife and Netflix’s The Crown, was never going to be the jolly hockey sticks type epitomised by Marlborough’s famous pupils such as the Duchess of Cambridge and Princess Eugenie. She hated sports and would rather be reading gothic horror stories.

Destined early to defy expectations, asked by her mum at the age of seven what she wanted to be when she grew up, the little girl answered “actress” – but added, a little more unpredictably: “I want to write stories about murder.”

And it’s that dark ambition which has now landed the game-changing 35-year-old a place in the history books as she becomes the first British woman ever to be nominated for Best Director at the Academy Awards.

The nomination also makes her, alongside Nomadland’s Chloe Zhao who’s also in the running, the sixth and seventh women ever to find themselves up for the Oscar. Never have two women together appeared on the Best Director shortlist, either.

And only one woman in all 93 previous years has ever won, The Hurt Locker’s Kathyrn Bigelow who beat her ex-husband James Cameron and his behemoth Avatar in 2010. 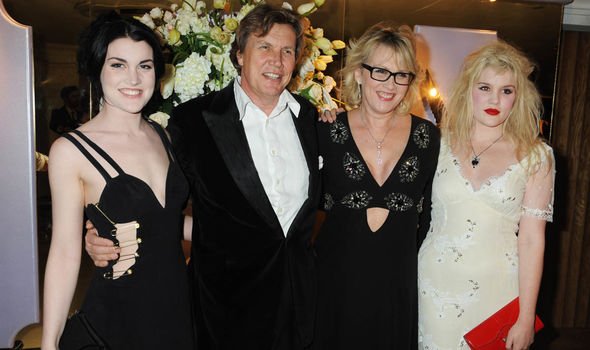 But it’s not your usual Oscar fare: indeed Emerald is still pinching herself that her uncomfortable “comic horror thriller” about rape was made at all – let alone that it’s up for five Oscars overall, including Emerald again for Best Original Screenplay.

The oldest of two daughters, Emerald’s father is high society jeweller Theo Fennell, whose customers have included the Beckhams, Madonna and friend Elton.

Her mum is author Louise Fennell, and her sister Coco is a fashion designer whose clothes have been worn by the likes of Rita Ora and Daisy Lowe.

Emerald’s portrayal of Camilla in The Crown takes us into potentially sensitive areas, her father was friends with the Duchess of Cornwall’s rival, the late Princess Diana.

She says she was always fascinated by Camilla and had asked her agent to look out for a part playing her.

“She’s always struck me as interesting – so much is written about her. I discovered how funny and brilliant she is,” she explained.

With a nod to her own background, she added: “I’m basically playing a chain-smoking posho standing in a corner making cutting remarks. So it’s not a stretch.” Her parents remain on very good terms with the Duchess of York, also a loyal customer, and her former dresser, Jane Andrews, was working as a shop assistant at Theo’s Fulham shop when she killed boyfriend Tommy Cressman in 2000. 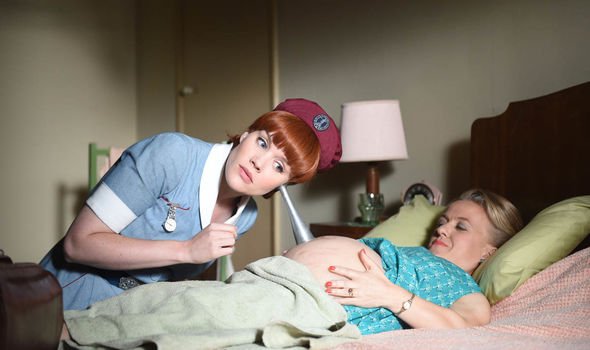 Apparently, she is not named after the jewel but rather Emerald was inspired by the 1930s it-girl Lady Maud ‘Emerald’ Cunard, who became infamous for encouraging her friend Wallis Simpson and Edward, Prince of Wales in their taboo relationship.

Blonde, beautiful and well-spoken, on the surface she’s a stereotype.

Her 18th birthday was covered by upmarket magazine Tatler, and after finishing Marlborough and going to Paris on a gap year – where she met her partner, film and advertising director Chris Vernon – she went to Oxford to study English, where she happened to be spotted in a play by Keira Knightley’s agent.

But there any stereotype ends. Following Emerald’s Emmy-nominated work on the second series of Killing Eve, it seems the persistent dark thoughts that once kept her awake at night and the unlikely fascination she expressed aged seven have served a purpose. Explaining a dark imagination as a child, she said: “I read a lot but didn’t sleep.

“People climbing in through the window and taking my sister away. Falling down in the middle of the night in the cellar, hurting myself and nobody being able to find me. Mad.

“And then, I suppose, that just developed. I often find that I think horrific things and they come to be unbidden in a weird way.” 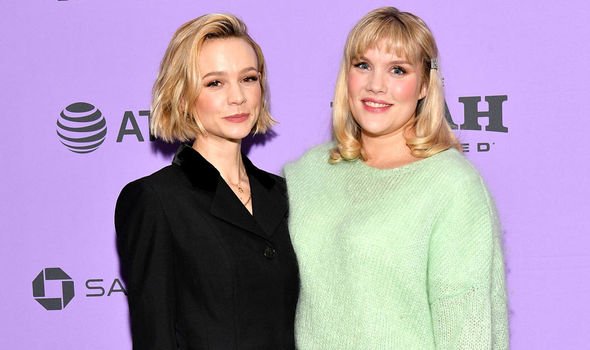 Perhaps it is no surprise her hobbies include collecting taxidermy?

Promising Young Woman, about a woman set on revenge for her friend who was raped while drunk at a party, could easily have been rejected at a different time, but it resonates fiercely in the wake of #MeToo, protests following the recent death of Sarah Everard, and revelations about sexual assaults and harassment culture within British schools.

Although jubilant at her recognition, Emerald says women have had to wait far too long for a turn in the director’s chair and a place on the shortlist.

“It’s amazing, but I also wish it had happened sooner for all of those people.

“I think we were probably all surprised, naively, that these things are so unusual because in my life, I’ve always worked with so many incredibly talented women – they’re sw showrunning, they’re writing, they’re directing.

“And I suppose you forget that actually, we still have along way to go. I think it just takes a while to turn around a big ship, but it does feel like things are changing.”

Perhaps unsurprisingly given her childhood fantasies, she recalls of that scouting at Oxford: “I was playing a proper psycho – a psychotic sexual predator.

“I am just so incredibly lucky that she was there and thought, ‘That’s our girl!”‘ She won film roles including in Anna Karenina in 2012 and The Danish Girl in 2015, and appeared in a number of TV dramas, before landing mainstream hit ITV’s Call The Midwife.

As redhead Patsy Mount, she remained with the show from 2013 until 2017, becoming a recognisable face.

She met Phoebe Waller-Bridge when they worked on the 2011 film, Albert Nobbs, and the pair became firm friends.

She took on the lead writing of series two of Phoebe’s award-winning Killing Eve when the Fleabag star stepped back in 2019.

Emerald will now find herself at Sunday night’s Oscars – which will broadcast from venues in LA and London this year because of the pandemic – with some other stars of The Crown: the young Princess Margaret, Vanessa Kirby, who’s up for Best Actress for Pieces of a Woman, and the Queen herself, former Oscar winner Olivia Colman, who’s up for Best Supporting Actress for The Father.

Along the way Emerald has also found time to write a ghostly best-selling children’s book series, Shiverton Hall, and an adult novel, dark comedy, Monsters – about a child obsessed with murders.

If connections and background helped introduce Emerald to her profession, her work ethic has got her to the top of it – and enabled her to stay there. 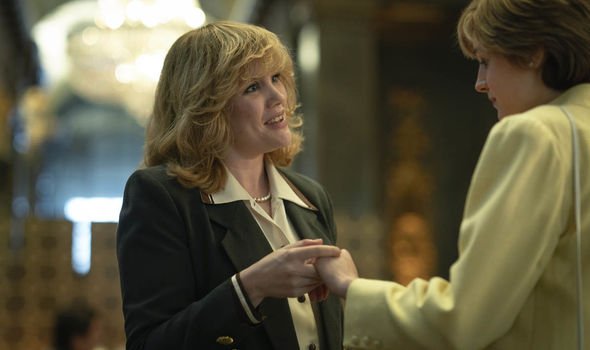 Pal Phoebe has described her as a “bloody Trojan”, who squeezes writing projects around acting and doesn’t stop, even writing through the night after long days on set.

“She’s been working on about 10 projects at once since the day I met her,” she said.

True to form, Promising Young Woman was shot in LA in just 23 days.

Pregnant Emerald gave birth to her first child just three weeks after filming and was back in the editing room three weeks later.

She once said: “Work, to me, is like a chocolate digestive – I can never just have one.” But unlike chocolate, her work never promises to be blandly sweet. It wouldn’t be Emerald’s style.

While bubblegum colourful on the surface, bursting with pop references from the 1990s and noughties, Promising Young Woman is disarmingly dark.

“I wanted to make the movie feel like I think a lot of our lives feel, which is that they are beautiful and they are horrific,” explained Emerald.

Despite her own seemingly charmed life, that was a truth she appears to have learnt, somehow, very early on.