Edge of Tomorrow 2: Release date, plot, cast and everything you need to know

It’s been four years since we watched Tom Cruise die over and over again in sci-fi adaptation Edge of Tomorrow, but we’re no closer to seeing the long-gestating sequel.

Writer Christopher McQuarrie first spoke about a sequel in December 2015 and it was then officially confirmed in April 2016 that Doug Liman would be back to direct it, before it landed an official title: Live Die Repeat and Repeat.

That title announcement came in May 2017 and since then, there appears to have been little movement on the sequel, with all the parties involved busy on other projects, such as Emily Blunt with Mary Poppins Returns and Cruise working on the latest Mission: Impossible with McQuarrie.

So is it still happening? Here’s everything you need to know about Edge of Tomorrow 2, AKA Live Die Repeat and Repeat.

Edge of Tomorrow 2 plot: What will it be about?

Perhaps given the first movie’s complex timey-wimey plot, the original concept for the sequel was one you had to get your head around.

“I had these intellectual ideas on how you should make a sequel that is unlike how anybody else makes a sequel, and this script and this idea fit perfectly into that idea,” Liman enthused. “First of all the story is so amazing — much better than the original film, and I loved and loved the original film — and second of all, it’s a sequel that’s a prequel.” 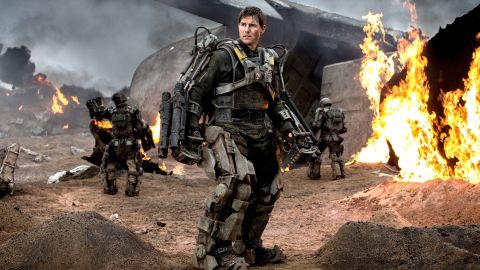 Liman confirmed the unique concept for the sequel when he spoke to Digital Spy last year and teased that it’s “not at all what you’d expect in a sequel”. “If I’m going to do a sequel for the first time in my life I want to make it the opposite of what you’d expect from a sequel and we found a story that does that,” he explained.

One main difference we do at least know is that the sequel won’t do the typical thing of trying to outdo the first movie as Liman believes that a sequel should be “smaller”. “I don’t need an action sequence every two minutes,” he added.

Liman also stated that Edge of Tomorrow will be “a two-movie franchise” with the sequel wrapping up the story from the first movie, after it continues straight on from its climax.

If you need a quick refresher, the first movie ended with Major William Cage (Cruise) defeating the Omega that controls the aliens, seemingly dying in the process although he does float towards the Omega’s blood.

Cage then wakes up before his first meeting with General Brigham (Brendan Gleeson) when he was sent to France to battle the aliens. A news report states that all alien activity has ceased following a mysterious surge in Paris and Cage goes to Heathrow to find Sergeant Rita Vrataski (Blunt) who, unsurprisingly, looks like she’s never met him before because – in this timeline – she hasn’t.

Edge of Tomorrow 2 release date: Why all the delays?

At the start of this year, it looked like the sequel would be the next movie that Liman would work on, but it seems that there’s no chance of seeing the movie anytime soon.

In March 2018, Liman confirmed that he was working on a rewrite of the script with Jez Butterworth, who worked on the first movie. McQuarrie came up with the idea for the sequel with the original script being written by Joe Shrapnel and Anna Waterhouse.

The problem it seems is that everyone involved is too busy at this moment in time and the movie will only happen when everyone can do it. “It’s one of those movies that we’ll only go make if we love the script. It’s not one of those things where the studio is pushing us to make it and they don’t really care if it’s good or not,” Liman told Collider. 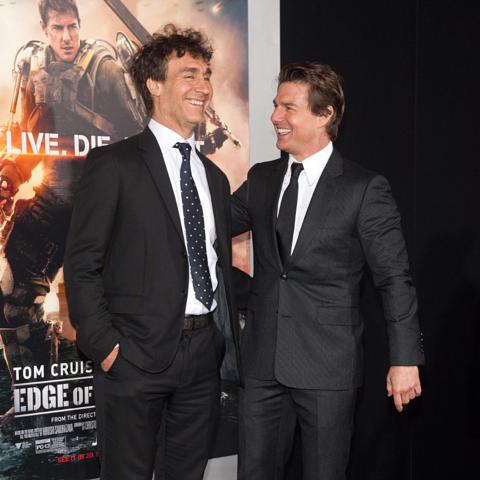 This was echoed by Blunt who said that it’s “a lot for all the stars to align for everyone to be free at the same time”.

“They asked me to do [it] two months before I started Mary Poppins. Tom [Cruise] was like, ‘Can you go this autumn?’ and I was like, ‘No, I can’t go, I’m playing Mary Poppins for like a year, dude! I can’t do Edge of Tomorrow‘,” she recalled.

The most recent news on the sequel came in September 2018 when McQuarrie responded to a fan’s question on Twitter about the status of Live Die Repeat and Repeat. “We’re working on it. No idea how or when it will happen,” he replied.

So, basically, at this moment in time, it’s anyone’s guess when it’ll be released. Sorry.

The only guaranteed cast members coming back for the sequel are Tom Cruise and Emily Blunt, but Liman has been teasing another character who will be critical for the sequel, maybe even as much as its two leads.

“We can do way more focus on Tom’s character and Emily Blunt’s character, and there’s a third character in the sequel that’s going to, for sure, steal the movie,” he teased.

Sadly, Bill Paxton passed away in 2017 so it remains to be seen if the sequel will recast his character, Master Sergeant Farell. Given the time loop ending of the first movie, any of the original characters could come back, whatever happened to them in the first movie.