“America is such an engine. When things happen there, it pushes out around the world,” the comedian said 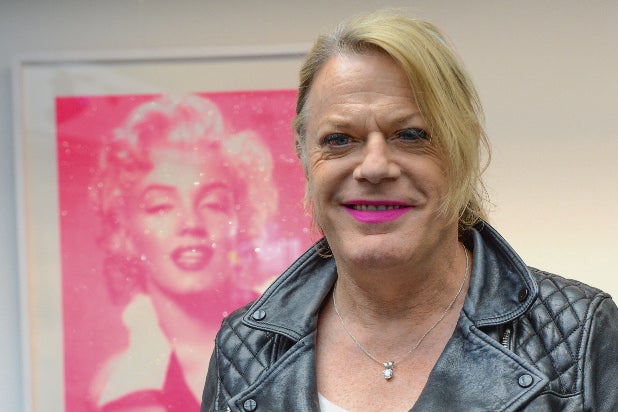 British comedian and activist Eddie Izzard recently said she credits American transgender stars like “Orange is the New Black” actress Laverne Cox and Olympian Caitlyn Jenner for making it easier for others to come out as trans.

Izzard’s latest comments came during one of her live-streamed “international marathons,” during which she films herself running while performing jokes and speaking to fans in a free-flowing (and only slightly out-of-breath) format. Lately, Izzard has been using the platform to dissect gender roles and to discuss her recent decision to begin exclusively using she/her/hers pronouns.

“I came out as transgender when I was 23, back in 1985, so 35 years ago. That was a very tough thing to do. It was toxic back in ’85. It was toxic in the nineties. Being transgender was never cool,” Izzard said. “The tipping point was when a number of things happened in America — from Vanity Fair for Caitlyn Jenner to Laverne Cox getting Woman of the Year” from Glamour magazine.

In a recent interview with U.K. fitness podcast RunPod, Izzard said she thinks American celebrities have forced mainstream society to consider transgender issues and to pave the way for others to also come out as trans or nonbinary.

“America is such an engine,” Izzard said. “When things happen there, it pushes out around the world. That helped us [and] it’s made it easier for me.”

Izzard made her identity as a genderfluid person publicly known in 1985, and in 2011, she described herself to the BBC as feeling like “a lesbian trapped in a man’s body.” In the past, she defined herself as a transvestite (a term now widely considered derogatory), but around 2016, began using the word “transgender” to define her gender identity. She announced her decision to use she/her/hers pronouns in December 2020.

In another recent running broadcast, Izzard shared some additional thoughts on being transgender, saying, “In the end, being trans isn’t as tough as I thought it would be. I think it’s much easier to come out now than ever before.”

Even so, Izzard said she’s still aware that trans people often face an uphill climb after coming out — but offered some encouraging words to those facing that challenge.

“Once you come out, you’ve got a 10-year fight to sort of reclaim your place in society because you had one as the biological boy or girl that you were born as looking like, but then you need to readjust that in the world,” she said. “I think that once you come out, it’ll all be fine, you’ll get a job and a partner and it’ll all work out.”