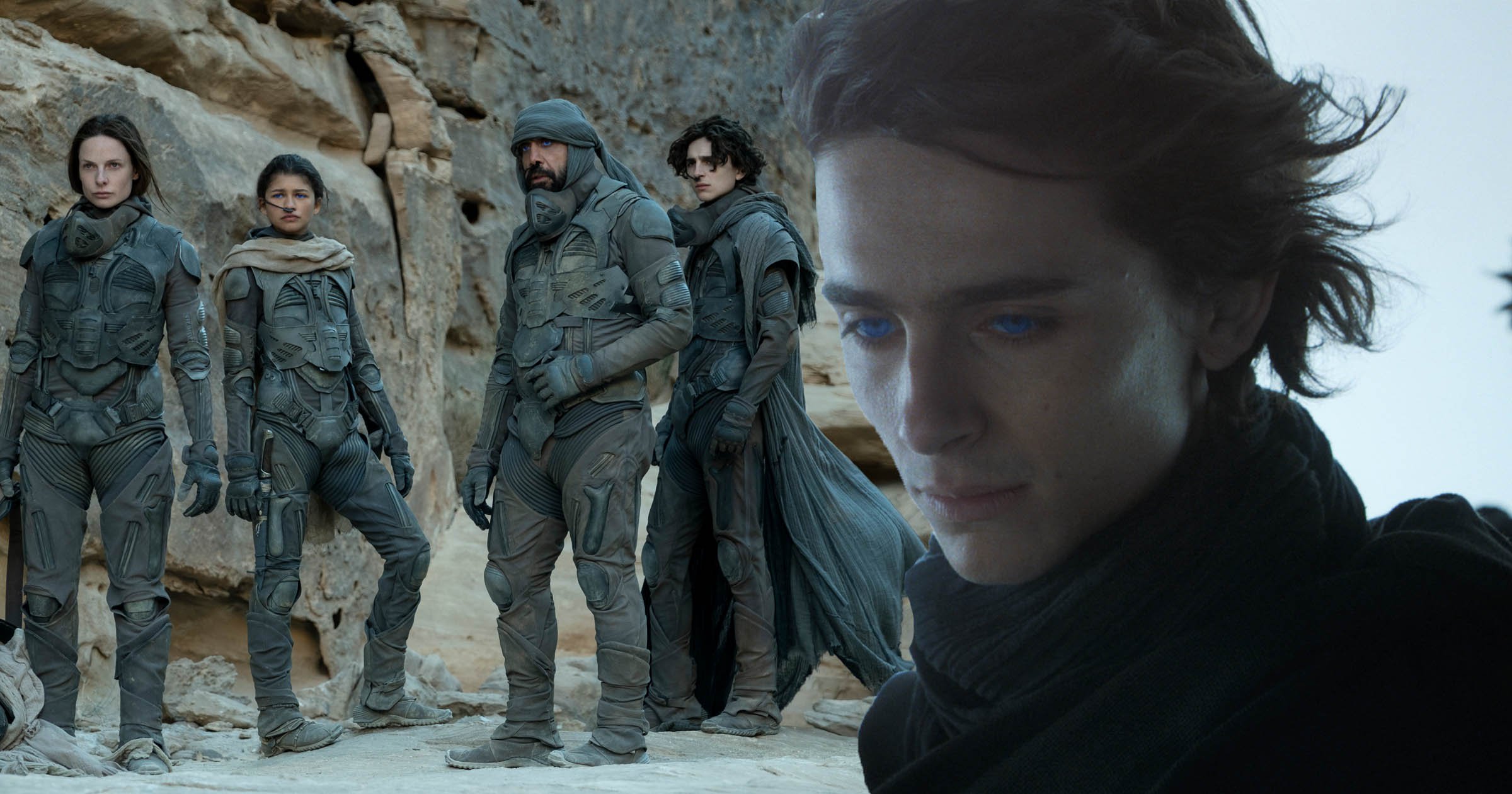 Dune, the much-hyped new film adaptation of Frank Herbert’s classic sci-fi novel, starring Timothée Chalamet and Zendaya, finally heaves its bulk into cinemas this week, kicking up a cloud of dust – and not much else.

The dystopian blockbuster has gone all out to impress with its popular source material, a well-regarded director (Blade Runner 2049’s Denis Villeneuve) and an impressive cast (also featuring Oscar Isaac, Jason Momoa, Dave Bautista, Rebecca Ferguson, Josh Brolin and Javier Bardem) but somehow it still commits the ultimate cinematic sin of being, well, a bit boring.

Chalamet stars as Paul Atreides, son of a powerful duke (Isaac) in the far future of humanity, who is given the stewardship of the dangerous and unforgiving desert planet Arrakis, aka Dune. The planet, for all its difficult conditions – including giant sandworms, its hostile native people, the Fremen, and the necessity of wearing suits that recycle sweat (yum) – also yields the precious substance spice, the properties of which extend human life and make faster-than-light travel possible.

However, the planet’s previous stewards, the Harkonnen (led by Stellan Skarsgḁrd’s grotesquely fleshy Baron Vladimir), are not willing to let go of Arrakis’ riches without a fight.

Meanwhile, Paul is haunted by visions of the future, including that of Fremen girl Chani (Zendaya), as he exercises special powers encouraged by his mother Lady Jessica (Ferguson), a member of the Bene Gesserit group, who train their bodies and minds to achieve superhuman abilities.

So far, so sci-fi standard – but semi-entertaining. However, Dune’s key issue is its pacing, with every one of the film’s two hours and 35 minutes seemingly stretched out with not quite as much plot as you would expect to fill them. The build-up to the story’s major action takes almost the entirety of this movie, with a Dune part two confidently referenced (although not yet confirmed).

With the slow pace, although the film is nicely shot by Greig Fraser, at times it’s hard to escape the overpowering sense of it really just being an awful lot of dust and quite a few sandworms. Bursts of action and plot give a glimpse at the exciting epic that Dune could have been the whole way through, but it doesn’t help with the movie’s dryness when they’re lacking.

For a film that takes its sweet time setting out its premise, it’s also frustratingly short on some contextual detail, such as more on the mysterious Bene Gesserit and the reasoning behind Lady Jessica’s overall mode of ‘fraught’ (although that would have made the film indeterminately longer, so maybe not).

Dune is not particularly helped by its harsh soundtrack either, courtesy of Hans Zimmer, which is a lot of similar-sounding futuristic crash-bang-wallop that seems to repeat on a loop, ready to indicate moments of high tension – even if nothing much ends up happening.

One undeniable plus of Dune is its cast, with every performer committed to giving of their all, despite a general lack of zing in the script to help the film rise above other nondescript standard sci-fi fare. Chalamet proves a strong and convincing lead as Paul, a slightly uneasy young man forced to grapple with his future as a leader – in more ways than one. Jason Momoa injects some much-needed humour as the gung-ho Duncan Idaho, also playing noble soldier to a T in more sombre moments.

Sharon Duncan Brewster is also a standout as a gender-swapped Dr Liet Kynes, a complex ally to House Atreides on Arrakis as an imperial planetary ecologist, and also a Fremen. And a warning for Zendaya fans – she only properly appears in the movie’s final 10 minutes.

Dune is so obviously gunning for its second part that Villeneuve has rather let that ambition play havoc with this film’s content and pace. It’s tough to know whether to reward that with a sequel or not, although audiences are likely to be invested in a hopeful pay-off of more action in part two.

Keen fans of Herbert’s source novel will likely find more to enjoy in the series getting a refreshed cinematic outing after David Lynch’s 1984 version, but for others it’s hard to escape Dune feeling very slow, and very dry, as a sci-fi.

Dune is released in cinemas on October 21.